Strike action relating to the issues of USS pension, and pay and conditions is to take place at a number of universities, including Leeds. 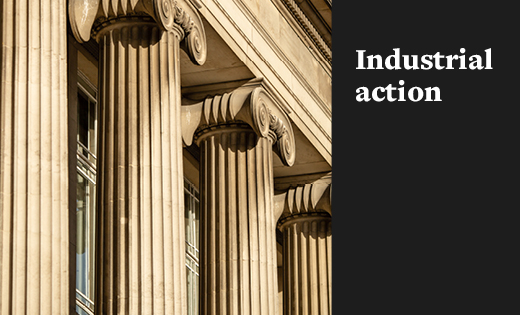 Our priority throughout this time is to minimise any disruption to students and to ensure we continue to communicate with colleagues about the issues at the heart of this action.

Our actions as a University community will be guided by three underlying principles. These are to:

Ten days of strike action are planned, these will take place as follows:

Action short of strike (ASOS) is ongoing and continues until no later than Tuesday 3 May 2022. ASOS under the current mandate consists of UCU members working only their contracted hours and duties, and not volunteering to do more; not rescheduling classes and lectures cancelled due to strike action; not covering for absent colleagues; removing uploaded materials related to, and/or not sharing materials related to, lectures or classes that will be or have been cancelled as a result of strike action.

Tackling the issues at Leeds

UCU has a mandate for industrial action in two areas; proposed changes to USS pension and pay and other related issues.

The future of the USS pension scheme can only be resolved at a national level, via a statutory process involving all the parties. It cannot be solved by this or any other university alone, and we hope that all parties remain open to talking, despite the planned industrial action.

Most of the other issues in dispute are within our gift to tackle. We are already taking action at Leeds to address UCU’s concerns about workload and casualisation. Commitments to improve these areas are already firmly part of our strategic plans, as talked about at recent all staff Fairer Future for All events, and demonstrated by our Fairer Future For All pledges.