Major art loan is a masterstroke

Marks & Spencer – the well-known retailer founded in the Kirkgate Market in Leeds – has made a loan of five major artworks for the benefit of its home city.

Works by Monet and Seago are among the five-star collection 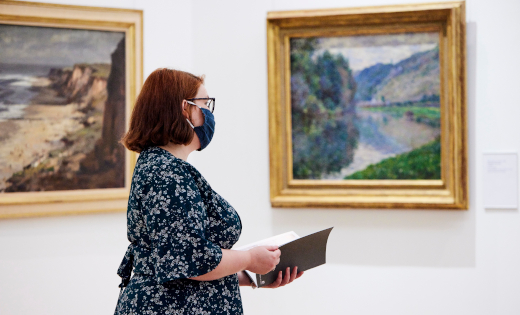 The prestigious paintings by world-famous artists Claude Monet, LS Lowry, JMW Turner, Maurice de Vlaminck and Edward Seago – some of which have never been on public display – are now exhibited in The Stanley & Audrey Burton Gallery.

The five artworks are on display alongside the University’s own exemplary art collection.

The University’s Art Curator, Layla Bloom, said: “We’re delighted that Marks & Spencer has shared these formidable treasures with us.

“This loan helps us to expand the story of 20th century British art display through our collection at The Stanley & Audrey Burton Gallery, whilst also making links to the fascinating history of Marks & Spencer – a British institution born here in Leeds. Each work contributes in a different way to our gallery displays, and will provide new opportunities for our audience – especially for young people – to engage with and enjoy art on campus.” 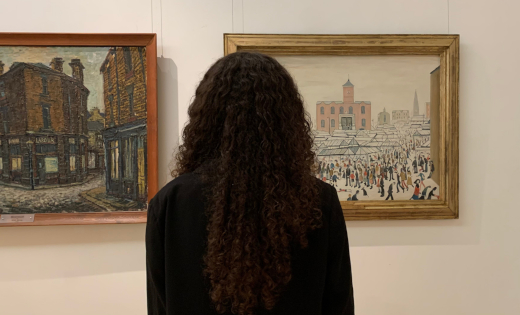 Marks & Spencer has a strong link with Leeds, with founder Michael Marks setting up his first penny bazaar in the city in 1884, before joining forces with Tom Spencer in 1894. The relationship has continued with the M&S Company Archive establishing its home on campus in 2012. The award-winning facility enables M&S to celebrate and utilise its rich heritage for the good of the business, its customers and the wider community.

M&S Company Archivist, Katharine Carter, said: “As a business, M&S is committed to sharing our own heritage through the work of our company archive, so it’s very fitting that these wonderful art treasures are now available for people to view and enjoy here in Leeds.

“They’re fantastic pieces and we’re delighted our partnership with the University enables them to be experienced by the wider audience they deserve.”

LS Lowry is an artist famous for his industrial scenes in the north of England, and distinctive and stylistic approach to human figures. It’s believed this particular artwork was specially commissioned to celebrate the opening of the Market Street M&S store in Manchester in 1961, and was presented to M&S Chairman, Sir Simon Marks, by property developer, Bernard Sunley. This is the first time this artwork has been available to view by the public since a Royal Academy exhibition in 1976. 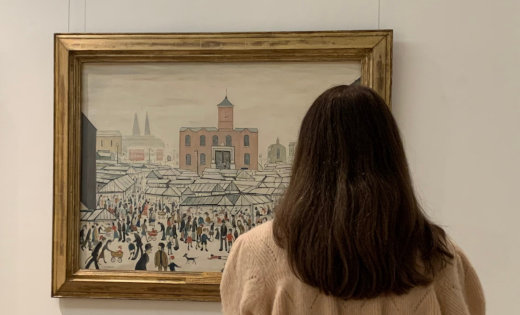 Joseph Mallord William Turner, The Pantheon the Morning after the Fire, 1792

Never having been on public display, this artwork by Turner was sketched when he was only 16, following a fire at the Pantheon Assembly Rooms in London. This destructive event – a suspected arson – clearly made a great impression. The location of the former theatre enjoyed a new lease of life when M&S opened an impressive new store – designed in the art deco style – on the Pantheon site in 1938. 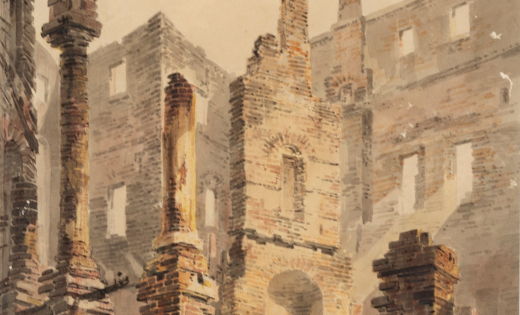 Joseph Mallord William Turner, The Pantheon, the Morning after the Fire, Watercolour on paper, 1792. Lent by Marks and Spencer Group plc for the benefit of the City of Leeds

Claude Monet, the ‘father’ of Impressionism, was fascinated by the changing light and colours of the moment, seasons and weather. This piece depicts Jeufosse, near his home at Giverny in France, where Monet painted several views. Waiting ‘with a hunter’s concentration’ for the light to change, he would work quickly to render the particular colours of that moment. This is the first time since 1963 that this artwork has been exhibited for all to enjoy. 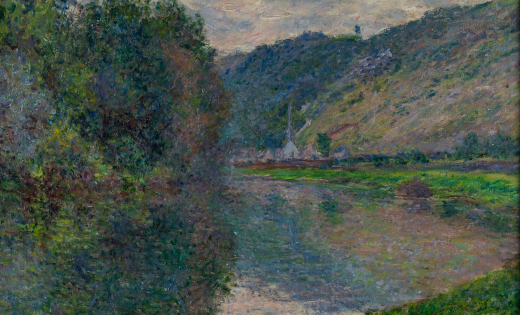 Claude Monet, Automne à Jeufosse, Oil on canvas, c. 1884. Lent by Marks and Spencer Group plc for the benefit of the City of Leeds

Located in the Parkinson Building, the gallery – back to its full opening hours for the first time in 22 months – is free to visit and open to all from 10am to 5pm, Tuesday to Saturday.

RT @UniversityLeeds: Science Minister @GeorgeFreemanMP visited @NexusUniLeeds this week to learn about its success in helping the Leeds Cit…

🏆 “The award highlights how we work together as the Faculty of Environment. We are so proud of us all!” 🎉 This yea… t.co/0yxutMHhCZ