Here we celebrate part two of our colleagues’ achievements across the University this past summer.

Professor Anne Neville has been recognised by the Royal Society 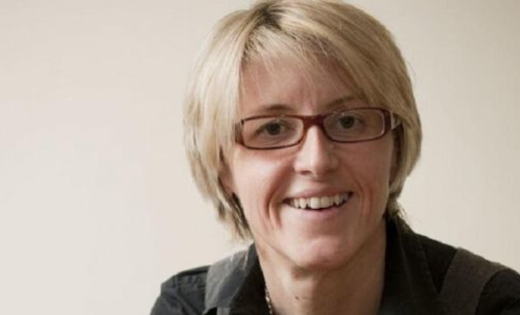 The Royal Society – the UK’s leading scientific academy – has awarded its prestigious Clifford Patterson Medal and Lecture to an academic who had to cut short her career after becoming terminally ill.

The medal, in recognition of outstanding research in the field of engineering, has been awarded to Professor Anne Neville – who until last year worked in the School of Mechanical Engineering.

She is a world expert in corrosion and tribology – the science of the way the surfaces of components change when they interact.

The award from the Royal Society is in memory of Clifford Patterson FRS, who founded the research laboratories at the General Electric Company in 1919. The award, which is given every two years, comes with a £2,000 prize.

Professor Neville said: “The award is a real honour and personally I am thrilled.

“My work will hopefully continue through the Institute of Functional Surfaces in Leeds which I founded and have directed since 2007.

“The money will go to St Gemma’s Hospice in Leeds – they have been very supportive to my family in the recent, very difficult times.”

Professor Neville was awarded an OBE in the 2017. Among many academic honours, she was the first woman to be awarded the Royal Society Leverhulme Medal and the Institution of Mechanical Engineers James Clayton Award in 2016 for her work on tribology and corrosion. 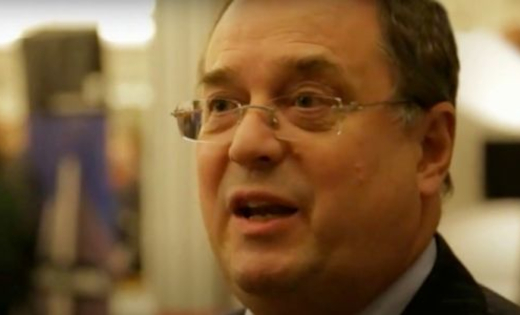 Roger Marsh – a Leeds alumnus and member of the University Council – was knighted in the Queen’s Birthday Honours for services to business, the economy and the community in northern England.

As a Leeds alumnus, Sir Roger supports scholarships for students from less-privileged backgrounds.

Congratulating him on his knighthood, our Vice-Chancellor, Professor Simone Buitendijk, said: “This honour is richly deserved.

“Sir Roger has given many years of selfless service to the University of Leeds, the city and the region.”

His impact on the regional community has been considerable, including as a member of the West Yorkshire Combined Authority, the Transport for the North Partnership Board and the Northern Powerhouse Investment Fund.

He’s also a keen supporter of the Institute for High-Speed Rail and System Integration being developed at the University, citing it as the ‘centrepiece’ of a plan to develop a national centre for rail engineering in the Leeds City Region. 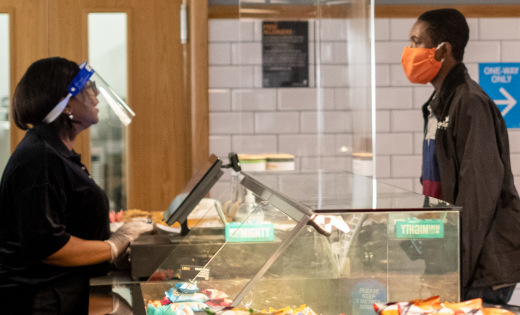 The award is a government accreditation, judged by an annual surveillance visit, which recognises an organisation’s commitment to putting customers first.

Despite the disruption caused by the covid-19 pandemic, colleagues have maintained a high level of customer service through a collaborative and innovative approach to their way of working.

Jo Hynes, Deputy Director of Estates and Facilities, said: “One excellent example of collaboration is the tremendous effort that was put in by all teams to create two asymptomatic test centres, on campus, within just a few weeks.

“The enormous commitment shown by all enabled our students to return home safely to their families.”

Not only have all compliance plus criteria been maintained from the last assessment visit, but this year, FD colleagues were awarded one further compliance plus for the organisational culture demonstrated across all teams.

This recognises the valuable contribution every member of staff makes to delivering customer-focused services.

The CSE accreditor said: “The work carried out to increase the profile and appreciation of all teams has clearly led to high levels of empowerment and motivation and resulted in very high service levels throughout.”

Jo added: “It’s been a very different year for the services in the FD compared to previous years, however the commitment to deliver excellent service to our community has remained strong despite the many challenges we’ve all faced due to the pandemic.” 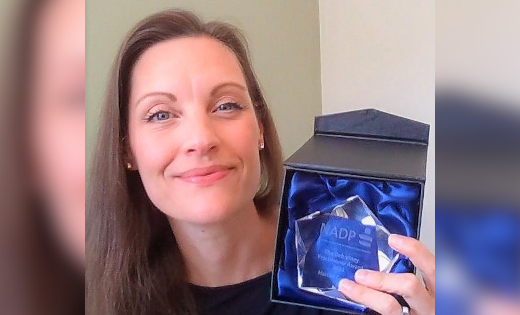 The award recognises one member of NADP for making a positive difference to the experiences of disabled students and/or staff in the post-compulsory education sector.

In her acceptance speech, Ms Cannon said: “Our best work often goes unnoticed. It’s part of the deal. We’re motivated by a genuine desire to empower disabled students, and to root out inequality, and the reward in doing so is often thanks enough. But, I have to say, I am extremely proud to accept this award.

“A large part of my career as a disability professional has been spent here at Leeds and so any award for my contribution to the sector is built on the commitment and expertise of every member of Disability Services.”

As an autism specialist, Harriet has made a huge impact, particularly with the training she delivered on this subject, which was praised by colleagues across the University.

Speaking at the awards ceremony, Harriet’s team members praised her commitment to creating a more inclusive environment, especially in the decision-making process when the pandemic changed everyone’s ways of working. 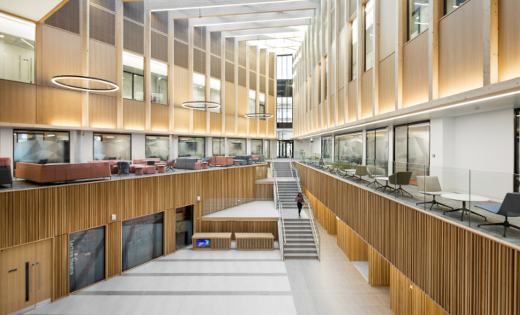 The University’s centre innovation hub was praised by the RIBA for being “user friendly and enjoyable”, with a “crisp contemporary feel” and “a holistic approach to sustainability”.

Director, James Hall, who led the Nexus project for Associated Architects, said: “Nexus sets a new tone among innovation sector buildings, not just at the University of Leeds, but in the sector as a whole.

“Instead of being a ‘university’ space, it’s a professional commercial space, based around people and space, offering rentable spaces, collaboration spaces and access to experts/equipment that creates a vibrant, inspiring and connected innovation community.”

The RIBA also noted how the building, situated on a former car park on the southern edge of campus, makes use of an outdoor garden and a striking mix of bronze anodized aluminum, silver, concrete and strips of glazing to provide a ‘front door’ to campus as you cross the A58 dual carriageway from the city centre. 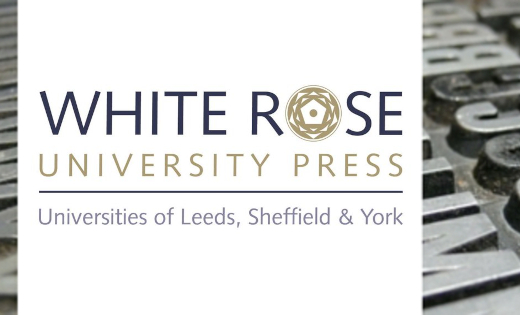 ‘Writing Chinese’ will showcase the latest peer-reviewed research on contemporary Chinese-language literature, as well as its translation and global reception.

Its first call for papers was announced in July.

Dr Weightman said: “There has never been a more important time to engage seriously with contemporary Chinese literature.”

Dr Dodd added: “We hope that the journal will become a key platform for some of the exciting scholarship being carried out in this field.

To be published by White Rose University Press, ‘Writing Chinese’ will be open access. This will remove financial barriers not just for readers, but also for authors who publish in the journal.

Dr Dodd and Dr Weightman will jointly lead an international editorial board, including academics from Princeton, Cambridge, Beijing and the British Museum, in supporting this new journal and shaping its growth.

The journal came to fruition thanks to these academics’ dedication to research into Chinese writing. The project began in 2014 as ‘Writing Chinese’, funded by the Arts and Humanities Research Council, and grew into the Leeds Centre for New Chinese Writing, with Dr Weightman and Dr Dodd as Director and Deputy Director respectively. 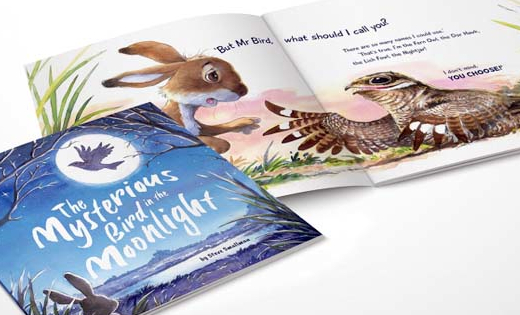 The book tells the story of a bird that inspires folklore

‘The Mysterious Bird in the Moonlight’ tells the story of the nightjar – a bird whose soundless flight, large eyes and wide bill have given rise to folklore myths for centuries.

The scarcely-seen bird was the focus of a collaborative project between the University and Natural England, which resulted in showcases of creative works inspired by the bird, aptly named The Nightjar Nights. Hosted in summer 2020 by the School of English, the showcases formed part of a wider creative programme by the research team called Nature Revealed: Tracks, Traces and Trails.

Informed and inspired by the team’s research, ‘The Mysterious Bird in the Moonlight’ was created by award-winning children’s author and illustrator, Steve Smallman, who has written more than 50 children’s books, including ‘Poo in the Zoo’, ‘Dragon Stew’ and ‘Hippobottymus’.

Principal investigator, Professor Graham Huggan, from the School of English, said: “Many of nature’s creatures remain mysterious to us, either because they’re so small that they’re invisible to us, or because they come out at night when most of us are fast asleep.

“This beautifully written and illustrated book on one such creature, the nocturnal nightjar, is sure to delight both children and their parents, inspiring them to uncover the multiple mysteries of the natural world.”

The book is available to buy online.

Catch up on part one

It’s a bumper edition of Celebrate Our Staff this month!

We know there are lots of great things happening to support the work of the University – and we want to hear about them!

You can also contact Internal Communications directly if you or one of your colleagues would like to appear in this monthly feature. This is open to all staff – professional and academic.

RT @UoLCampusDev: Work has been extended and the closure will remain until the 6th of February 2022. More info: t.co/UXa5wIvQrx #…

🌍 ‘World Changers’ is a collection of essays from early-career researchers celebrating how we're helping make the w… t.co/Y1LKfFwd89