Incredible contributions to the global diversity and promotion of international students at Leeds have been recognised in a prestigious awards scheme. 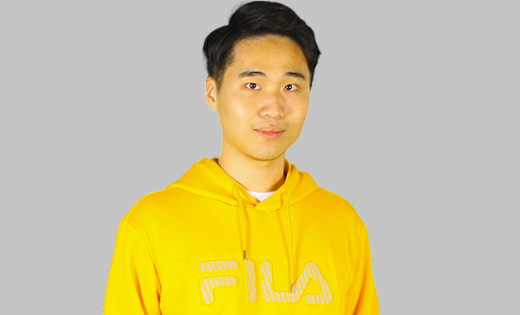 The latest in our feature series – profiling winners in all 14 categories of this year’s Leeds Partnership Awards – highlights the outstanding accomplishments of recipients of the Global accolade.

The coveted awards celebrate those people who truly put into practice the Leeds Partnership – an agreement setting out our shared commitment to work together to support all aspects of our University community.

And with nearly 2,200 nominations, there has been plenty to celebrate.

The Global Award celebrates staff, students or groups who work with a global focus.

It aims to recognise excellence amongst those who have actively engaged in the promotion and maintenance of international or intercultural activities, education or competence. It also recognises those who are involved in the internationalisation of the University and/or Leeds University Union (LUU), formally or otherwise.

This year’s individual winner is Jian (Franks) Feng, LUU’s first International Officer and also a member of the International Student Advisory Board, which claimed the group award in the same category.

Franks said: “It’s such a great pleasure to be awarded this valuable prize.

“Supported by lovely colleagues across campus, I’ve worked hard this year and tried my best to promote international students’ voices in all the meetings I’ve been to. I wouldn’t have achieved so many things without support from other staff, too. This award is also for all those others who’ve done amazing jobs for our international students.

“Our international students faced so many issues this year, which encouraged me to do better every day.”

Speaking about the group award, Franks said: “Our International Student Advisory Board members are very keen to support others.

“They contributed huge amounts of important feedback in the monthly report. They deserve this award.”

More in-depth profiles of each of the winners will appear on the For Staff website during the coming weeks. These will also be promoted via the weekly All Staff enewsletters and the Staff Twitter account.