Inside track | USS – themes from the school events

Vice-Chancellor Simone Buitendijk shares her reflections on the common themes raised by colleagues about the scheme challenges at her recent school visits. 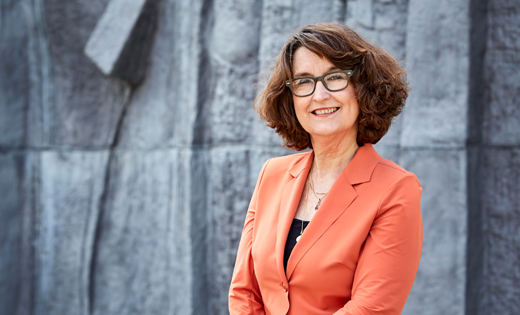 Over the past month I’ve spent a lot of time speaking to colleagues about the future of USS pensions.

Now I have finished my ‘speaking tour’ of all 40 schools, I wanted to say a big thank you to everyone who attended, and also to the Deans and Heads of Schools who helped organise these sessions.

Hundreds of colleagues took 90 minutes out of their day to take part, which speaks volumes about how much people care about this issue. I was heartened by the collaborative way we came together to discuss this issue, and colleagues’ honest assessments and questions of the problems faced by USS. While there were inevitably some disagreements, it showed our community at its very best, practising a culture of openness.

Among the things we discussed were the Pensions Regulator’s (tPR) view of USS; the financial position of the University; and the need for us all to work together to find a way forward for the scheme – one that ensures USS continues to be one of the best pensions available and provides a decent retirement for our colleagues.

During the sessions I heard some common themes across colleagues’ questions which I’ve been reflecting on over the Bank Holiday, and wanted to say more about.

But first I would stress that this all still being discussed. Nothing has been agreed and any proposal will ultimately be debated at the Joint Negotiating Committee, of which UCU is an equal member.

UUK wants to hear our views as an employer, which means we want to hear your views. That is why, for those of you who are eligible, it is so important that you fill in our survey on aspects of the future of scheme, which remains open until Friday 7 May.

Those of you that attended the sessions heard me speak about the concerning high levels of opt-out rates by staff who may be younger or at a lower grade (often both). According to UUK, three out of every four people opting out of the scheme are aged under 40, and often cite that they “can’t afford it right now.”

There was widespread agreement that this is deeply concerning. High drop-out rates are not only bad for the scheme’s future, but importantly mean people aren’t receiving any employer contributions towards their pension provision, storing up problems for themselves, as well as society more generally, later in life. So it’s vital we deal with this problem, while addressing the underlying financial health of the scheme.

I also heard worries from colleagues that any changes to the scheme – particularly if there was a shift from defined benefits (DB) to defined contributions (DC) – would lead to a ‘two tier system’ where younger colleagues would receive a worse pension. One thing I strongly believe is that we a have two tier system right now – one where some can afford to buy into the scheme and where others can’t. That can’t be right, and those of us that can afford a pension can’t simply pull up the drawbridge. We must address this, noting that the scenarios on the table from the USS Trustee, which UUK is trying to avoid, will light a match under this situation by imposing vastly higher contribution rates.

So UUK is looking at a number of options to address the high opt-out rates, including a flexible DC offering. This offers two advantages. First, this is a continuation of the current USS hybrid approach - combining DB and DC benefits is nothing new. Second, rather than opt out of the scheme altogether and have no pension, an individual could choose to pay a lower amount into the USS Investment Builder (DC), say 4%, and still benefit from an employer contribution. And importantly, this would be time limited, they could begin paying into the scheme in full as soon as they felt able.

I’m also going to be speaking more in the coming months about how we support people’s careers beyond pensions here in Leeds, looking at contracts, pay and reward – because I know the question of fairness extends beyond USS.

Is UUK offering a worse deal?

While we can debate the existence and the extent of the deficit the scheme faces, there is a widely held view – including, importantly, by tPR – that USS faces significant challenges and some reform is needed. UUK has put forward an alternative proposal to this address this.

Some colleagues are interpreting this UUK proposal as a 21% cut in pensions. I want to make a couple of points on this interpretation:

So to stress again, the proposals put forward by UUK are still out for consultation and are not set in stone.

As well as looking at how to address the high opt-out rate, UUK is asking employers for their view on other key questions, including support for the covenant (the legal obligation and financial ability to support the scheme now and in the future) and future benefits systems.

It has been working with Aon, its actuarial advisor, to develop this alternative approach, which could put the scheme on a more sustainable footing.

Working together into the future

Here at Leeds we want an ongoing conversation across our community about the USS scheme – kick-started by the calls with schools and, earlier, the Leeds Conversations town hall meetings.

And to return to an earlier point, the voices of younger or less-well paid colleagues are vital to this ongoing discussion about the right way forward – both locally and nationally. That is why the Deputy Vice-Chancellor Hai-Sui Yu is convening a group of early career staff to understand their perspective better and to inform the University’s response to the UUK consultation.

Ultimately though, it is important to understand that the University of Leeds cannot unilaterally resolve any of these issues. We are actively engaged with UUK in order to seek solutions that would work for the entire sector, at a national level.

A common feeling among the schools events was nervousness about whether this issue could result in further industrial action.

We all care deeply about our students and I know the last thing we all want is to disrupt their education further, particularly following such a difficult past 14 months.

I want us to maintain into the coming months the spirit of collaboration and openness I saw at the schools events, and ensure we work together to find a way forward, for the good of our whole community.

If you haven’t already, once again, please do fill out the survey so we can help ensure the USS offers a fair, valued and stable pension for our colleagues.