A report by Stephen Reid from a Royal Society of Chemistry event that took place before we were in lockdown.

At the end of February, I had the pleasure of attending the Royal Society of Chemistry’s (RSC) event to launch their Technicians Commitment Action Plan.  The event was held in the grand surroundings of the RSC’s headquarters in Burlington House London.  For chemistry geeks such as myself this was almost as exciting as the event itself as they have on display a first edition of the periodic table and a periodic table with the most recently synthesised element, Oganesson, signed by the man himself, Yuri Oganessian. 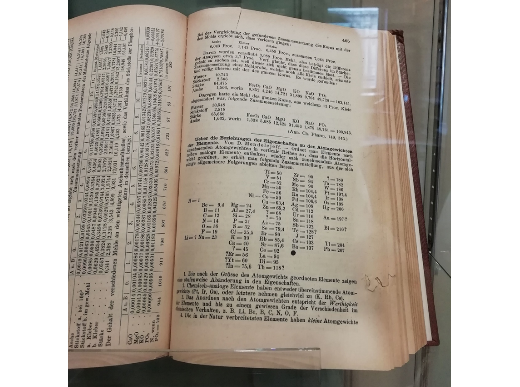 A first edition book of the periodic table. 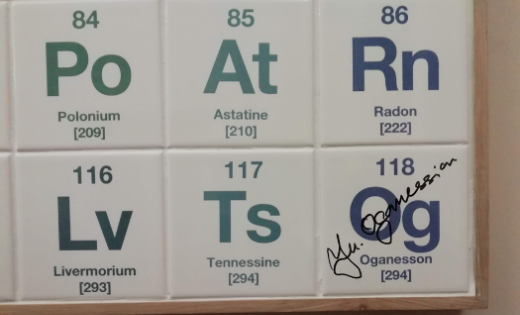 The first presentation was from the President of the RSC, Prof Carol Robinson who introduced herself and to the Action Plan.  Prof. Robinson started her career as a mass spectroscopy technician and candidly admitted that there was a time when she thought of herself as “just” a technician and made a plea that everyone should drop the “just” as technicians’ roles were vital to the work process.

The action plan itself outlined the many ways the RSC could support chemistry technicians in their careers, from support to attend HEATED training courses, achieving professional registration, to a significant grant of up to £7000 available to technicians who want to attend a different institution to gain a new skill set.  The action plan can be found on the RSC website.

After this there was a presentation from Kelly Vere outlining the progress the Technicians Commitment has made in the years since it launched followed, by a presentation by the technical team from School of Chemical Sciences Technical Team at Dublin City University.

The Dublin City University team were also there to receive the Higher Education Technical Excellence award, given by the RSC for “exceptional services to health and safety and accessibility in Irish Higher Education laboratories”.  They explained the principles of how they run their labs on an inclusive basis along the principle that no one will be turned away from their lab on grounds of disability.  This has led them to adapt their labs in many ways from creating autism friendly spaces to hand adapting lab coats to be more suitable to wheelchair users.  They have also pioneered a buddy system for students who may struggle with certain activities in the lab.  I found this approach inspirational and an example to all and it was a great positive note on which to end the meeting.