Helena Brown, a technician from the Faculty of Environment tells us about her amazing experience working on the Royal Institute Christmas Lectures.

When the Royal Institute (RI) announced the topic for this year’s Christmas Lectures was Earth Science, I was immediately excited. I knew that they collaborated with ‘Technicians Make It Happen’ to allow two technicians to join the Christmas Lecture demo-building team and I knew I had the ideal set of skills to help from my time working in the Sorby Environmental Fluid Dynamics Laboratory in the School of Earth and Environment. 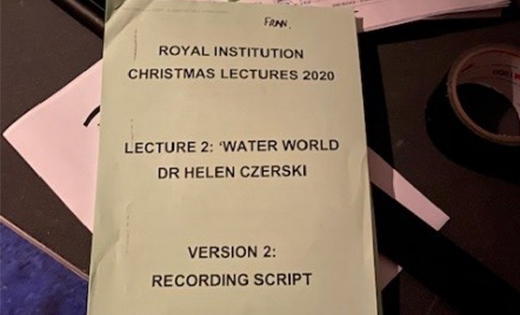 When I applied for the Technician Placement I didn’t really think much would come of it. I had an interview over Zoom with Fran Scott and David Porter (the Science Content Producer and Young Centre Manager from the RI team).

I arrived in London on Friday 13 November, and due to lockdown everything was eerily quiet. You could say it was the ultimate 2020 experience to have the opportunity to spend two weeks in London — but not be able to enjoy any of the museums, galleries, food or drink, or see any of my colleagues outside of work. 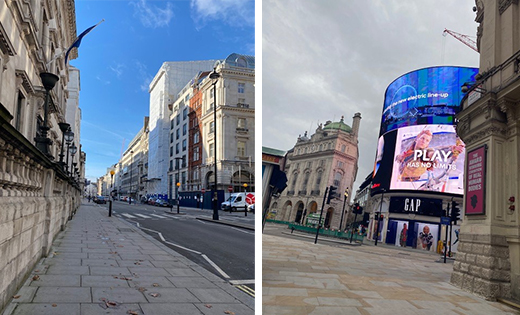 On my first day I was given a tour of the Royal Institute building by the front-of-house team, then met the rest of the demo team who I would be working with for the duration of my placement. The team consisted of RI staff who worked on the Christmas Lectures each year, some who had been borrowed due to their skills and two further university technicians. Everyone was so welcoming, kind and interesting - I felt immediately like I was part of the team.

My ‘induction’ was a bizarre but simple task: make a plastic bucket look like an old leather bucket using papier mache and paint. This set the bar for the rest of my placement, being asked to make demos and props to explain a complex scientific principle in a really visual and fun way.

Each day we would be given tasks to complete, usually to create a proof-of-concept for a demo, and then later in the day we would test the demo — filming it to show the lecturers and production team as the building was mostly empty due to COVID restrictions.

The demo would then be adjusted to ensure it worked well and looked good on camera. 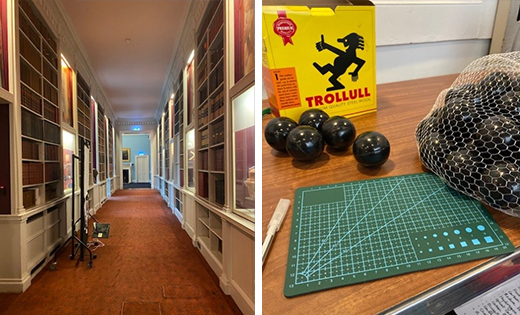 The demo team had a great mix of skills and we helped each other overcome problems and utilise the materials they already had. Some of us were good at making things work, and others made them look good enough to be on camera. For me the joy of making demos is that they don’t have to be robust and perfect, as long as they visualise the concept then they’re done - and you can move onto the next task. After months of working from home it was so enjoyable to be able to be productive and creative again.

There were a lot of long days, but the fact that we were having so much fun, and there was such a great atmosphere, made it one of the highlights of my career (I would say a highlight of 2020, but we know that isn’t saying very much!).

The final three days were for the rehearsals and the filming of lecture two, for which I would be a runner. When I applied, I didn’t really know what I was letting myself in for – it turns out that a runner sets up the demos for filming (no problem) but then has to wheel them on and off the set (oh jeez). I was given a timetable of when the demos were needed by the excellent demo stage manager Jemma and I worked with Fran and Jemma to seamlessly prep and bring out the demos as they were needed.

The filming required a lot of standing around while camera angles and lighting levels were discussed, and it was difficult to remain alert enough to pick up changes to the demo timing and placements while prepping the next demo or tidying up the previous one. Luckily the team I was working with were brilliant, and I just followed their lead. 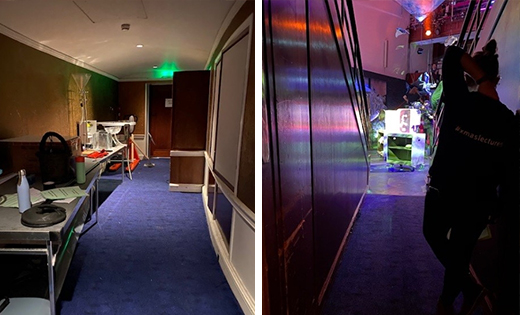 All in all, the placement was fantastic, and I would recommend it to anyone. The entire demo team was really grateful for the expertise each of us technicians brought, and they managed to make the process fun despite social distancing, constant mask wearing and very long hours.

To everyone who works at the RI, thank you for inviting me and making it such a great experience, if you ever need my help again you know where I am… 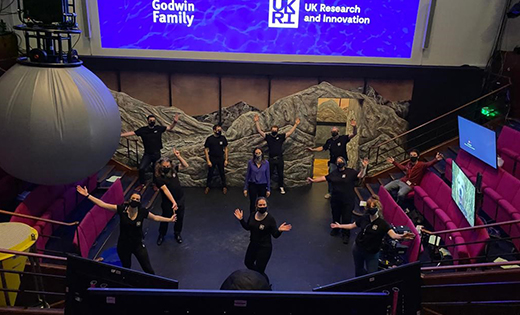