On the 18th September 2019 the annual Institute of Science and Technology (IST) one-day Technical Conference was held at the Birmingham Conference and Events Centre.

The event was started with the IST CEO Terry Croft giving an update on the current activities of the IST which is always good to hear. The first keynote speaker, Professor Alberto Vecchio the Director of the Institute of Gravitational Wave Astronomy gave an excellent talk on How to Discover Black Holes with a (Pretty Damn Good) Ruler. An excellent speaker talking about the research the team at the institute are doing on Gravitational Waves using the LASER Interferometer Gravitational Wave Observatory (LIGO).

Their LASER interferometers can achieve differential length measurements of the order of 1000th of the size of a proton over a baseline of a few kilometres. The work undertaken was driven by wanting to test a fundamental prediction of Einstein’s theory of general relativity, Gravitational Waves. In 2015 the interferometer detected the first ever direct observation of a gravitational wave as it passed through Earth, which was found to be caused by 2 black holes crashing into each other whilst they rotated at a third of the speed of light. It had taken 1.3 billion years for the waves to arrive at the LIGO detector in the USA. To date they have discovered ten binary black hole mergers. Their work was eventually rewarded with a Nobel prize in 2017.

There was a wide variety of workshops/talks to attend throughout the day, the first one I attended was A Journey to Ensure Recognition for Technical Staff at Newcastle University by Mel Leitch & Calum Kirk. It was a very informative presentation and great to see what they’ve accomplished and what we are aspiring to.

They showed how Newcastle has used professional registration (i.e. showing the Top 10 benefits of such), networking within the technical community, the Technician Commitment and the National Technician Development Centre tools and how they have based strategies around ideas and suggestions from their own technicians. They explained how the Technician Commitment Strategy was structured around 4 key themes: Research, Teaching, People and Knowledge Exchange. They also showed some results such as what they found in their ‘skills, roles and responsibilities audit’ in 2017, how it’s the first time technicians have been featured in the University vision and how they have ensured their technical staff receive the recognition they deserve, such as having more technicians cited on research papers.

The second workshop was Technician Commitment: Impact and Progress by Jane Banks. It was a good summary of where the Technician Commitment Initiative has got to now and where it’s going in the future. There are currently 83 Universities and Research Institutes signed up to it, with their mandatory 5 year Action Plan either completed or in the process of being drawn up. Part of the session involved discussing what stage of the Technician Commitment Initiative had got to within our own institutions, what we were setting up for our Technicians and what we intended to do next. It was interesting to discuss how other institutions are getting along and what issues they too are experiencing (as well as the successes and failures). Where the University of Leeds and the University of Newcastle (amongst others) had seized on the opportunity to make the best of it, other places sadly hadn’t done much beyond signing the initial form and were still on square one. Some other advancements mentioned were the Royal Society of Chemistry making it compulsory for Technicians to be mentioned in research papers where involved, Times Higher Educational Awards has the most nominations for Technicians ever in its history and the Institute of Physics having its first ever event run for Physics Technicians in its 145 year history (which I attended).

Going forward they are hoping to explain better what the drive is behind the Technicians Commitment to technicians. There was also an appreciation that technicians are providing frontline and vital support for students mental health and well-being as mental health issues are on the rise across the UK higher education sector (recent reports state that one in four students are affected by a mental health condition). Overall I found the session was very informative and it’s great to see what they’ve accomplished and what we are aspiring to. In the future the Technician Commitment is intending, amongst other things, to give better support to signatories to ensure that signing turns into action, to continue development of online resources and creating supporter organisations status & continued to work to influence policy.

After a break for lunch, networking and a good look at the suppliers stalls it was time for the second keynote talk given by IST president Dr Helen Sharman on Technical Lessons from Astronaut Training based on her time as the UKs first person in space aboard the Mir space station in 1991. The emphasis was on the teamwork and technicians involved in her cosmonaut training and how the formal and informal lessons developed the new recruits (including her) into successful team players, communicators and collaborators. In Russia where she trained, the technicians, mechanics and scientists were all appreciated on the same level. She also said she had one of the best times of her life in the Zero-G training plane (a.k.a. the Vomit Comet). Overall, she said that after being initially selected from all the applicants she set out to enjoy the experience assuming she would not get through. She said space technicians are recognised worldwide for their knowledge and practical skills, so how can other technicians develop similar skills and achieve the recognition they deserve? 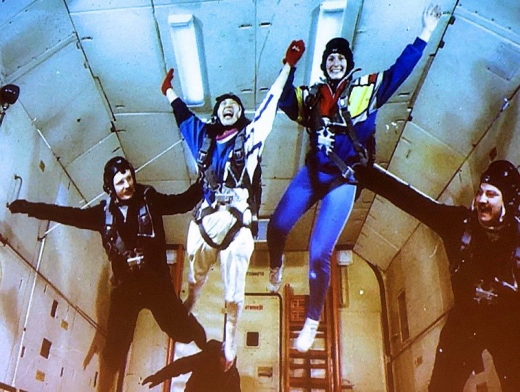 The third Workshop was something bit different called Influencing Strategy in Government by Marie Oldfield from Oldfield Consultancy. She was an excellent speaker and it was very interesting and frankly scary how the government makes policies and how government policy overrides fact. Despite there being a wealth of information, Ministers don’t tend to listen very long and how very big decisions are made on the information that is got across.

At the end of the day Roger Dainty Poster Award was presented by Helen Sharman to the winner Emma Monaghan from Birmingham Technical College, who won a £150 Amazon Giftcard for her poster on Understanding the Persistence of Footrot in Sheep.

The next IST one-day Technical Conference will take place on 16th September 2020 in York. All in all I had a great & worthwhile day and I hope to attend next year’s conference.