Next Vice-Chancellor appointed to the University of Leeds

Professor Simone Buitendijk has been appointed Vice-Chancellor of the University of Leeds. 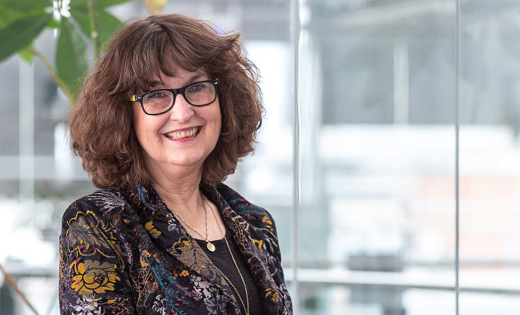 After four years as Vice-Provost (Education) and Professor of Maternal and Child Health at Imperial College London, Professor Buitendijk will take up the post on 1 September 2020, when the current Vice-Chancellor, Sir Alan Langlands, steps down from the role.

“I am honoured to be appointed as Vice-Chancellor of the University of Leeds. The University has an impressive track record in education and research. It has clearly been thriving under the leadership of Sir Alan Langlands and I am thrilled to be provided with the opportunity to build on these strong foundations.

“I am looking forward to collaborating with the extremely engaged and talented community of students, staff and alumni to further strengthen the University’s role regionally, nationally and globally. Together we can enhance its impact through excellent, societally relevant research and through training the next generation of global citizens with high quality, innovative education.”

Before Imperial, Professor Buitendijk held a senior leadership role as Vice-Rector at Leiden University in the Netherlands. She was responsible there for education, student affairs and diversity; and played a major role in the overall strategic leadership and direction of the university as a member of a three-person leadership team. She was previously head of a large research group in Applied Sciences at TNO in the Netherlands and concurrently Professor of Maternal and Child Health at Leiden University Medical Centre and Professor of Midwifery Studies at the University of Amsterdam Medical Centre.

In addition to strengthening the links between education and research in her previous roles, Professor Buitendijk has led large change programmes, worked to further equality, diversity and inclusion and has extensive experience of driving the digital and online learning agenda.

The Council – the University’s governing body – approved the appointment following a unanimous recommendation from a panel consisting of representatives of the Senate and lay Council members, chaired by the Pro-Chancellor, David Gray.

“Simone Buitendijk is the perfect person to take the University forward into the new decade. She has a clear vision for how research and education should work in tandem in a global university with strong civic roots; an impressive record of institutional change management; and an exemplary grasp of the moral purpose of higher education, particularly in relation to diversity, participation and inclusion.

“Her experience in academic leadership in Europe will be a real asset as we seek to enhance our international perspective. I look forward to working with her in the years to come.”

The recruitment process involved an extensive international search, and consultation within the University community.

Sir Alan will continue to undertake his full duties and responsibilities at the University until Professor Buitendijk takes up the post.