Colleagues will be sorry to hear of the death of Emeritus Professor Duncan Dowson CBE, former Pro-Vice-Chancellor of the University, on 6 January 2020. 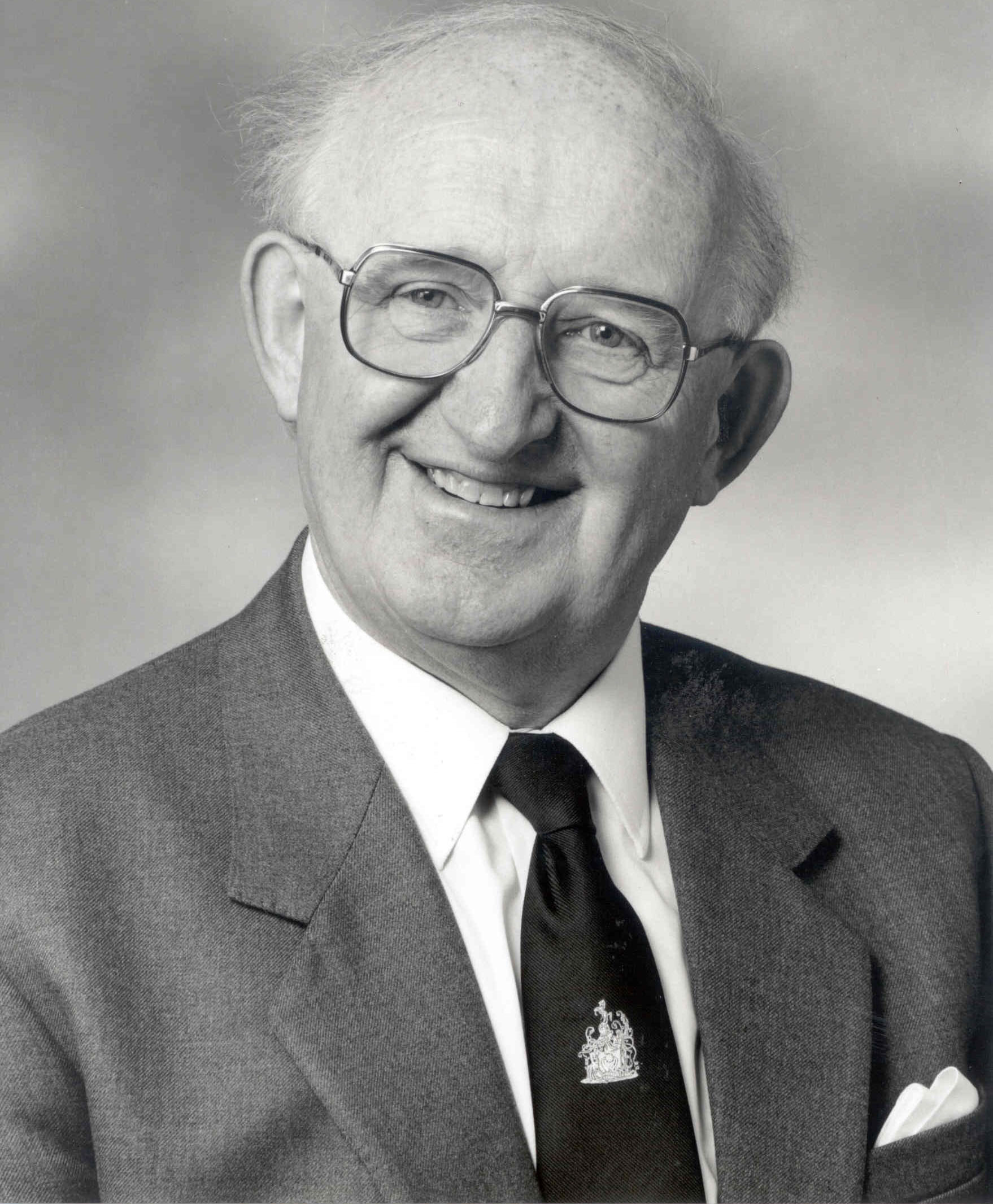 The following obituary has been contributed by his former colleague, Emeritus Professor Christopher Taylor.

Duncan Dowson was born at Kirbymoorside and raised in his beloved North Yorkshire Moors. After gaining his High School Certificate in 1947 at Lady Lumley’s Grammar School in Pickering, he studied in the Department of Mechanical Engineering at Leeds, gaining his first degree in 1950.

His postgraduate study, also at Leeds, and under the supervision of the then Head of Department, Professor (later Sir) Derman Guy Christopherson, led to the award of his doctorate in 1952 for a thesis entitled ‘Cavitation in lubricating films supporting small loads’. The study of the phenomenon of cavitation remained a lifelong interest.

After a two-year period with the Sir W.G. Armstrong Whitworth Aircraft Company, Duncan returned to the University as a Lecturer in 1954. He remained for the rest of his working life in Leeds, being appointed Senior Lecturer in 1963, Reader in 1965 and Professor of Engineering Fluid Mechanics and Tribology in 1966.

He was a member of the working party established by Lord Bowden, Minister of State for Education and Science, to examine Lubrication, Education and Research in 1964. The Jost Committee (as the working party became known after its chairman) promoted the adoption of the word ‘Tribology’, defined as the ‘science and technology of interacting surfaces in relative motion under practices related thereto’. Tribology, which is mainly concerned with the lubrication, friction and wear of moving parts in machinery, has blossomed to be an important element of industrial and higher education interest.

The contribution of Duncan Dowson through the application of science to engineering has been enormous and he was recognised throughout the world as being one of the leading practitioners of the art and science of tribology, a subject which in the modern context he probably did more than any other to promote. His tribological research themes reflect an outstanding intellectual contribution to the scientific understanding of lubrication mechanisms and to the design of lubricated components.

In the late 1950s, along with his colleague Gordon Higginson, Duncan Dowson published the first of a multiplicity of papers addressing the mechanism of elasto-hydrodynamic lubrication. This explained the effective lubrication of gears, rolling element bearings and cams and followers, and has led to enormous improvements in the scientific understanding of these mechanisms. The identification of the mechanism of elasto-hydrodynamic lubrication has led to extensive further interdisciplinary studies by researchers around the world. This had enormous significance in increasing the life and reliability, which has been achieved with rolling element bearings and like components with consequent financial savings.

Professor Dowson also promoted the scientific understanding and design of liquid and gas lubricated bearings over a period of some 50 years. At the most fundamental end of the scale, he built upon the original work of Osborne Reynolds to extend the basic equations of fluid film lubrication to be used in detailed research studies of a variety of phenomena, including cavitation, inertial effects, thermal effects, elastic distortions and their influence upon hydrodynamic and elasto-hydrodynamic bearings of a variety of forms.

In about 1970, Duncan Dowson began his research studies of piston ring lubrication. Such research has been a foremost international contribution to the understanding of the hydrodynamic, elasto-hydrodynamic, mixed and boundary lubrication of the rings in internal combustion engines, with detailed design considerations surrounding ring shape, flow continuity, ring twist, piston ring distortions, ring wear and other areas. This led to improvements in understanding and design which were applied to a significant number of United Kingdom and European engines. His studies of lubrication in the internal combustion engine progressed to embrace valve train and engine bearing lubrication and he was associated with the development of one of the most software sophisticated models for the prediction of engine friction.

Possibly in the wider community, Professor Duncan Dowson became best known for his work in the application of tribology to the area of bioengineering and studies of natural and artificial joints. He researched widely in relation to the lubrication of synovial joints and the development of prosthetic joints in terms of their simulation, lubrication and particularly wear. From its initiation in the 1960s, his engineering science studies in the field of biotribology and bioengineering were carried out alongside medical practitioners in hospitals in Leeds and the wider UK community. He developed an international recognition for his elucidation of the workings of human joints and bioengineering prostheses.

Such a widespread contribution to engineering science was marked by extensive publications. Duncan Dowson had a love of writing and a talent to draw out the crucial findings associated with research studies. In this world of performance indicators, he was an overachiever with of the order of 600 publications to his name. Not least of these was a massive book, The History of Tribology, in which he explored the history of his subject area, from the beginning of civilisation through to the late 20th century. Along with the late Professor Maurice Godet, he founded in 1974 the annual Leeds-Lyon Symposium on Tribology, which remains the leading research conference of its type in the world to the present day.

The immense contribution to science and engineering made by Professor Duncan Dowson was balanced by widespread public service. This included roles in relation to the Government, the Research Councils and for the Arthritis and Rheumatism Council. His home town of Kirbymoorside recognised him in 2008 through the award of honorary citizenship.

Duncan Dowson had a love of education and a joy in the teaching of engineering science to men and women in the lecture theatre and laboratory. His warmth of personality was expressed in support for students, staff and all those he encountered in his professional and personal life. The regard which was felt for him was a reflection not only of his academic achievements but also his interpersonal skills. He counselled well over 100 research students at Leeds, the university for which he had an infinite affection and to which he gave his professional working life.

His service at Leeds including being Pro-Vice Chancellor (1983 to 1985), Chairman of the Committee of Development (1984 to 1991), Head of the Department of Mechanical Engineering (1985 to 1992) and Dean for International Relations (1988 to 1993). His retirement from employment on the 30 September 1993 after 39 years of service to the University did not mean his retirement from his studies and professional activities. He continued to work with a number of colleagues and particularly had research roles at Leeds and the University of Bradford. His publication rate remained undiminished in retirement.

He is survived by his wife, Mabel; his elder son, David Guy, and his wife, Pam; his grand-daughter, Emma, and her husband, Steve, and their children; and his great grand-daughters, Emily, Charlotte and Annabelle. He was pre-deceased by his younger son, Stephen Paul.

A private family funeral will be held on Thursday 30 January, and as a mark of the University’s respect, the flag on the Parkinson Building will be flown at half-mast during the funeral.