One woman’s life-long vocation helping resettle scholars who fled from totalitarian regimes has been officially honoured by the University.

Esther Simpson, whose name will adorn an innovative new building on campus 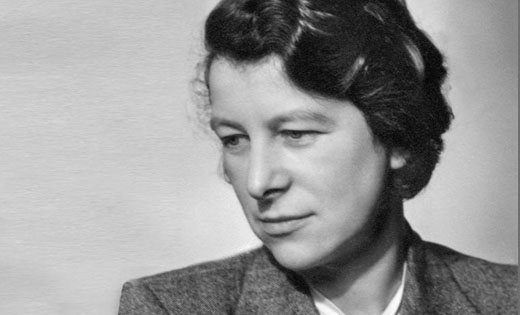 Esther Simpson, who graduated from Leeds in 1924 with first class honours in French with German, spent nearly all her working life as secretary to the Academic Assistance Council (later, the Society for the Protection of Science and Learning – SPSL).

Many refugee scholars became her personal friends and Esther followed their subsequent careers closely. Among her Second World War refugees, 74 became Fellows of the Royal Society and 34 Fellows of the British Academy; 16 were recipients of a Nobel Prize, including Max Perutz. The Austrian-born British molecular biologist shared the 1962 Nobel Prize for Chemistry with John Kendrew for their studies of the structures of haemoglobin and myoglobin.

She was Miss Simpson to strangers, Esther to colleagues, Tess to some of her close friends. And she had many, many friends, among whom she counted Ludwig Wittgenstein, often described as the greatest philosopher of the 20th century.

She was awarded the OBE in 1956; the French Government made her Officier d’Académie; and after her retirement in 1966, she received two honorary doctorates, including one from Leeds in 1989. Esther Simpson died on 19 November 1996.

In honour of her dedicated career, Esther’s name will now adorn the second new building being developed as part of the £75 million transformation programme for Leeds University Business School (LUBS) and the School of Law. The innovative teaching centre will provide world-class facilities that support participative learning and create an inspirational setting for staff and students – a fitting tribute to someone whose "tireless work reflects the values of the University". 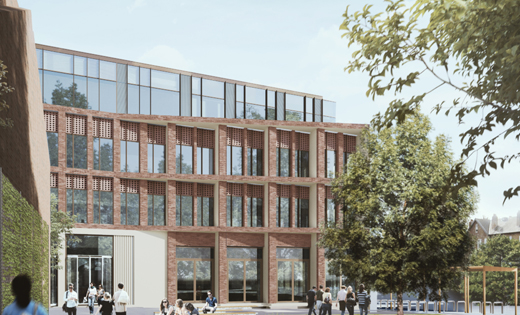 Prominent features of the building – due to open in autumn 2021 on what was the Purple Zone car park in Cloberry Street – include new Trading Rooms, flexible teaching areas and Behavioural Laboratories to enhance and innovate ways of teaching.

Professor Julia Bennell, Executive Dean of LUBS, said: “I am delighted we are naming the building after Esther Simpson. Given her dedication to the preservation of academia and learning, it feels appropriate for a building that will serve students from across the University.

“A member of LUBS staff made the suggestion and the proposal was adopted with enthusiasm by the Business School. She was a truly inspirational person and her tireless work reflects the values of the University.”

Professor Alastair Mullis, Head of the School of Law, added: “The School of Law is incredibly excited about the opening of the Esther Simpson building, which will provide a transformative teaching space close to our Liberty Building home on Western Campus and allow us to further develop our student experience.

“We are delighted that this building will be named after such an inspirational University of Leeds alumna, who personified the values of tolerance and inclusivity.”

The flagship building will house collaborative and inclusive learning spaces to enable the delivery of activities to support students to develop the knowledge, skills, behaviours and professional competencies to better equip them for working in a global environment.

See the Campus Development webpages for regular updates on the project’s progress.

A further tribute to Esther Simpson is featured in The Jewish Chronicle.