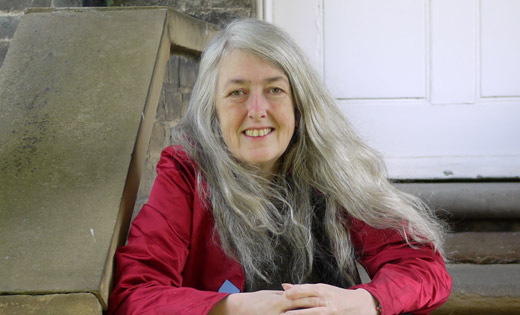 Choosing Women and Power as her subject, the University of Cambridge Professor of Classics will give the 2020 Alice Bacon Lecture on Thursday 26 March.

The annual lectures honour the achievements of Yorkshire’s first woman MP, who was elected to Parliament in the post-war Labour landslide.

Professor Beard, who is also a Fellow of Newham College, said: “I'm very pleased to be joining what is fast becoming a great tradition of women speakers and doers – right back to Alice Bacon.”

Alice Bacon was elected to represent Leeds North East in 1945 and served her city constituents continuously until her retirement a quarter of a century later, when she took up a seat in the House of Lords as a Baroness.

Leeds did not return another woman to the Commons until the election in 2010 of Leeds West MP Rachel Reeves, who is also Baroness Bacon's biographer.

Ms Reeves partnered with the School of Politics and International Studies to establish the lectures in the name of her trailblazing forebear, with the aim of celebrating the achievements of successful women – locally and nationally.

Cristina Leston-Bandeira, Professor of Politics at Leeds, said: “We are looking forward to welcoming such an inspiring and knowledgeable speaker as Professor Beard to reflect on a key issue we regularly discuss with our students: the uneasy relationship between women and power."

Tickets for the 2020 free public lecture, which starts at 6pm on Thursday 26 March in the Great Hall, can be booked via EventBrite. It will be followed by a drinks reception from 7-8pm.

Please note tickets are limited and expected to be booked quickly.

Note: This event was originally scheduled for Friday 13 March. Tickets that have been purchased already will transfer automatically. Posted in: University news
Email Tweet Like LinkedIn