Sir Alan Langlands to step down as Vice-Chancellor

Sir Alan Langlands is to step down as the Vice-Chancellor of the University of Leeds during 2020. 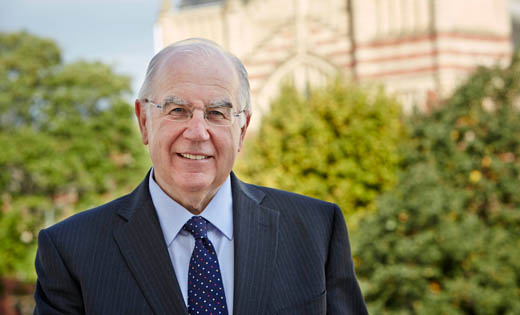 Last night Sir Alan informed the Council – the University’s governing body – of his intention to leave the University after seven years in post and 46 years of continuous public service.

A process to appoint his successor will now begin, led by the Pro-Chancellor, David Gray.

Sir Alan will continue to undertake his full duties and responsibilities at the University until a new Vice-Chancellor formally takes up post.

“We are incredibly fortunate to have, in Sir Alan, an inspirational leader whose qualities include humility, integrity, wisdom and humanity.  He is an outstanding Vice-Chancellor, without whose leadership the University would not be in the strong and successful position it is today.

“The University can face the future with confidence, and we will now begin the process of identifying a new Vice-Chancellor. Sir Alan’s willingness to be flexible on his departure date – which is appreciated – will allow an orderly transition to his successor."

“I feel very privileged to be the Vice-Chancellor at Leeds, a great University in a great City, and I look forward with enthusiasm to the remainder of my time here.

“Every day, I am inspired by the academic excellence, innovation, creativity and commitment of our students and staff, and every day I learn something new.

“There is a great deal to do in this new academic year and I will continue to lead the University to the best of my ability and do everything I can to ensure a smooth transition to my successor. Our collective commitment to advancing knowledge and opportunity will remain the touchstone for progress.

“Formal thanks will come later, but I greatly appreciate the unfailing support I have been given by the Chancellor and Pro-Chancellor, the Council, the Senate and members of the University Executive Group; the staff and students of the University; our many partners in the City, and the City Region; the University Court; and colleagues in the UK and internationally. I am also enormously grateful to the Campaign Board, the North American Foundation, and our wider alumni network who support our students and researchers so generously.