‘Chance encounters are nearly always the most rewarding and memorable.’

These are the words of wisdom from Simon Armitage, Poet Laureate and Professor of Poetry at Leeds, for colleagues contemplating attending this year’s Ilkley Literature Festival (ILF).

Staged in the Yorkshire spa town just 15 miles from Leeds, ILF runs from Friday 4 to Sunday 20 October and comprises 180 events across 17 days.

Big names booked to appear at what is the largest and longest-running literary festival in the North of England include David Suchet, Prue Leith, Alastair Campbell, Mark Radcliffe, Kirsty Wark and Booker-longlisted authors Oyinkan Braithwaite and John Lanchester, as well as Clare Balding, who headlines the Children’s Festival.

For the second year running, the University is an official Festival partner. Writers, researchers and students from Leeds feature prominently in the packed programme, with a rich vein of poetry being mined for many of the events we’re involved in (see the full list below) – not least by Professor Armitage himself, who has the honour of opening this year’s Festival.

It’s a fitting tribute to one of the ILF’s long-standing friends and creative collaborators, and especially as the Festival was inaugurated in 1973 by another famous poet, WH Auden.

And Professor Armitage is keen to encourage as many people as possible to sample the delights of the wonderful world of prose.

He said: “I’m very pleased the University’s partnership with Ilkley Literature Festival has been renewed for another year.

“This is a wonderful cultural celebration between two proud literary institutions, with whom I’ve been a keen supporter and creative collaborator for many years now.

“My role in helping shape the Stanza Stones trail from Marsden, where I was born, to Ilkley, as well as my work to commemorate Branwell Brontë’s bicentenary in nearby Haworth, highlight my strong affinity with the local landscape and its rich cultural heritage. It’s a particular honour to be asked to open this year’s Festival.

“It’s also pleasing to see so many University colleagues adding to the Festival programme through events showcasing some of the great work that goes on at the University, often behind the scenes and outside the spotlight, and I really would encourage people to attend some of the sessions on offer, especially on subjects they might not be familiar with. Chance encounters are nearly always the most rewarding and memorable.” 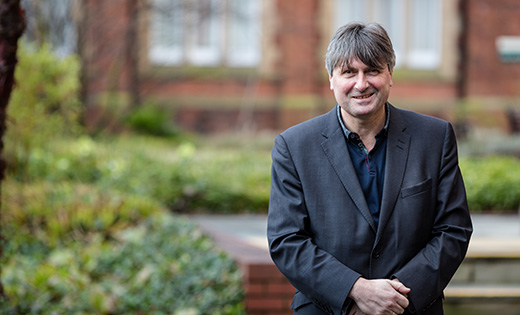 Simon Armitage, Poet Laureate and Professor of Poetry at Leeds, will be opening this year’s Ilkley Literature Festival

Sir Alan Langlands, Vice-Chancellor, added: “Our partnership not only celebrates creative writing; it seeks to support, inspire and amplify our emerging talent and enhance the breadth of possibilities for future writers and performers.”

As an added incentive to attend, staff and students can get 20% off tickets for many of the ILF events. Visit the ILF webpage for further information, details of the Festival Friends scheme and to download the full programme. Tickets will be on sale online and through the box office on 01943 816714 from Tuesday 27 August.

Erica Morris, Acting Festival Director, said: “We are delighted to be continuing our partnership with the University through the Cultural Institute.

“Our festival audiences hugely appreciate the opportunity to hear University academics share their research and expertise on a fascinating range of topics, and one of the joys of the partnership is providing opportunities for University students to get involved with the running, management and organisation of one of the longest established festivals in the UK literary calendar.

Renowned for its poetry, this year’s ILF also features Pam Ayres, Raymond Antrobus and Lemn Sissay, with new commissions from 2019’s Poets in Residence: Colette Bryce, Genevieve Carver and Shash Trevett. Gyles Brandreth will also celebrate his passion for the best-loved poems in the English language with his new book, Dancing by the Light of the Moon.

Events presented in partnership with Leeds are listed in full below.

Simon will be reading from his latest collection, Sandettie Light Vessel Automatic, which features some of the hundreds of poems he has written for various projects, commissions, collaborations and events. They vary from single poems, such as Zodiac T Shirt, written to be performed at the launch of music artist Beck’s Song Reader, to a suite of poems written to commemorate Branwell Brontë’s bicentenary and the six poems commissioned by ILF to form the Stanza Stones trail. 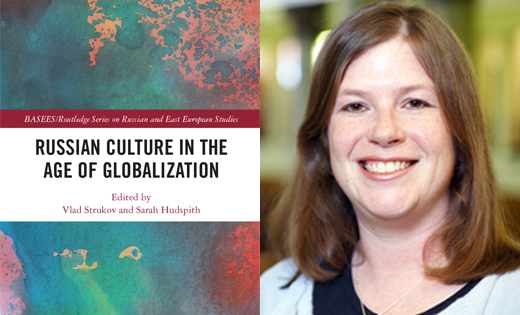 Associate Professor of Russian at Leeds, Dr Sarah Hudspith, presents an illustrated talk on how Leo Tolstoy is viewed in Putin’s Russia

Associate Professor of Russian at Leeds, Dr Sarah Hudspith, presents an illustrated talk on how Leo Tolstoy is viewed in Putin’s conservative, nationalist Russia. Tolstoy’s works, such as War and Peace and Anna Karenina, are rightly acknowledged to be among the pinnacles of world literature, but his work is out of kilter with the Russian state’s current nationalistic and militaristic stance. Looking at the use of Tolstoy’s work in events such as the opening of the 2014 Sochi Olympics and a televised marathon reading of War and Peace, Sarah will explore how Russian society attempts to reconcile Tolstoy’s political views with his cultural status. 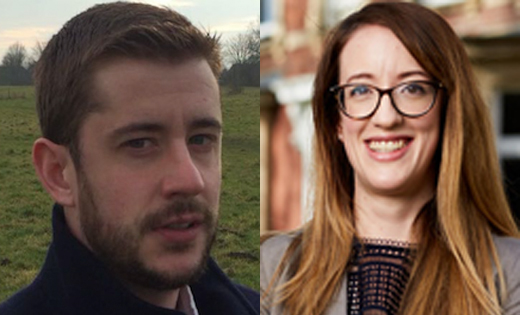 Ilkley Moor Vaults, £20 (£12 for concessions) for all three sessions

Dr Georgina Binnie and Dr Karl O’Hanlon are running the reading groups this year with an in-depth conversation about James Joyce’s 1914 collection of seminal modernist short stories, Dubliners. Written at the peak of nationalism in Ireland, when the country itself was experiencing a progressive period of influences in its search for national identity, Joyce places Dublin at the heart of this movement and attempts to depict Irish middle class life. 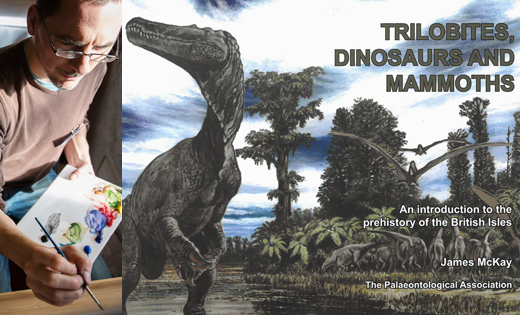 Palaeoartist James McKay from Leeds introduces the prehistory of the British Isles. The British Isles are a special place for understanding the evolution of our world, as almost every time period is preserved in the rocks beneath our feet. James uses his detailed reconstructions of dinosaurs and other prehistoric animals to lead us through the changes that happened to life on our islands since the beginning of life on Earth. 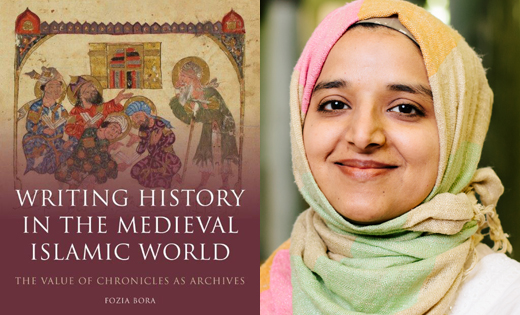 Dr Fozia Bora: Capturing the Past

In late 1300s Egypt, an obscure school teacher, Ibn al-Furat, began writing a history book. Resourceful in filling the work with letters, documents, poems and anecdotes from Arab, Persian and Latin sources, a rich treasure trove has been left to us. It would turn out to be a monumental endeavour. His own school crumbled to dust over time, but his history book survived. It seemed Arab communities valued books over buildings. Exploring the mindset and working methods of this influential historian, lecturer and prize-winning author, Dr Fozia Bora, takes us on a journey through this vivid account of history and the ‘archival’ mindset that produced historical works in the medieval Islamic world. 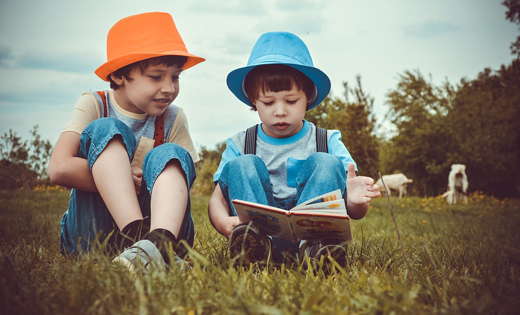 Professor Margaret Snowling CBE FBE presents the eighth British Academy Annual Lecture at Leeds. Since dyslexia was first described in the British Medical Journal in 1896, there has been debate about the definitions and diagnostic procedures used, with some casting doubt on its very existence. However, the contemporary view of dyslexia has emerged from a century of research in medicine, psychology and more recently neuroscience, and we now know enough about this learning disorder to guide policy and practice. Drawing on the findings in her latest book, Professor Snowling (President of St John’s College, Oxford) discusses how our understanding of dyslexia has evolved over time. 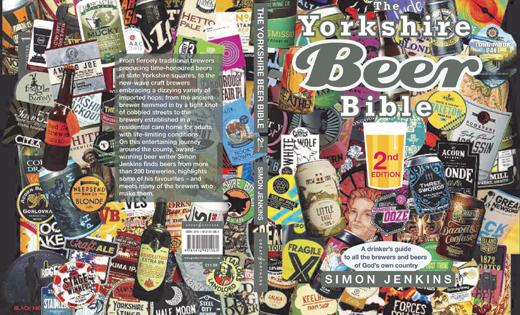 Join Simon Jenkins on an entertaining, hop-fuelled journey around Yorkshire

Beer writer and Development Communications Officer in the Alumni and Development team at Leeds, Simon Jenkins, trawled the length and breadth of Yorkshire seeking out brewers old and new, large and small. From fiercely traditional brewers producing time-honoured beers in slate Yorkshire squares, to the new-wave craft brewers embracing a dizzying variety of imported hops; from the ancient brewer hemmed in by a tight knot of cobbled streets to the brewery set up in a care home to draw attention to life-limiting genetic conditions, Simon found them all. Join Simon on an entertaining, hop-fuelled journey around the county. 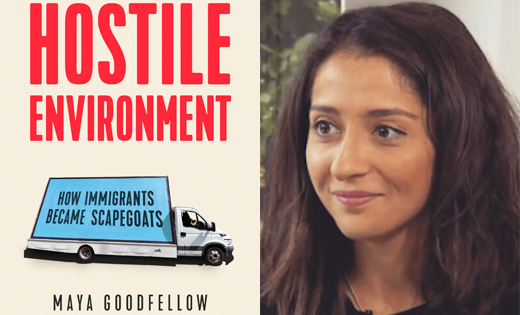 Maya Goodfellow is a writer, researcher and academic, whose new book, Hostile Environment, scrutinises why it is that migrants have become the scapegoats of contemporary mainstream politics. In this talk, she will offer a compelling answer, showing that distinct forms of racism and dehumanisation have directly resulted from immigration policy, and reminding us of the human cost of concessions to anti-immigration politics. 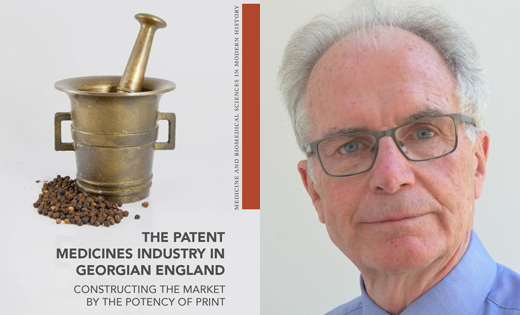 Patents, Print and Georgian Medicine is the topic of conversation at the talk by Dr Alan Mackintosh

In the 18th and 19th centuries, patent medicines constituted a national industry that was popular, reputable and stable, not the visible manifestation of dishonest quackery as described later by doctors and many historians. Dr Alan Mackintosh, Research Fellow in the Centre for the History and Philosophy of Science at Leeds, explores how the roots of the commercial for-profit health care industry began much earlier than we might imagine and how much advertising copywriting was used to influence consumers’ imaginations to boost the effects of the products. 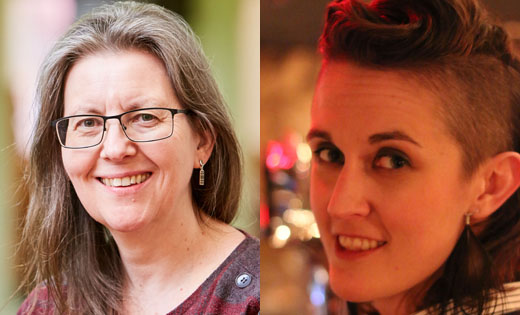 MOTHERBABYHOME is an excavation of voices connected to St Mary’s Mother and Baby Home in Tuam, Ireland. Run by the Bon Secours Sisters on behalf of the Irish State, it housed unmarried mothers and their children. The location of the graves of 796 infants and children who died there between 1926 and 1961 is still unknown. These poems are composed entirely of text taken from historical archives and contemporary sources related to the Home. Poet Dr Kimberly Campanello will read from the sonically rich pages of MOTHERBABYHOME and will be joined by Professor Fiona Becket – Head of the School of English at Leeds – to discuss MOTHERBABYHOME’s poetic response to this important and timely subject. 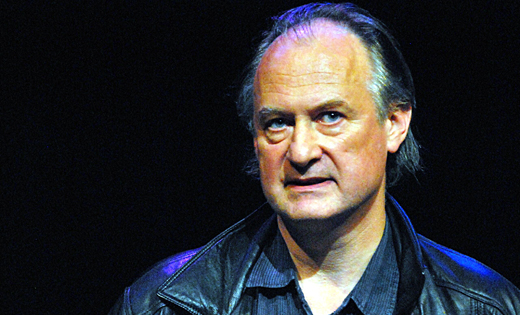 Director of the University of Leeds Poetry Centre and co-editor of Stand magazine, Professor John Whale will lead a workshop to help you prepare your poems for submissions to magazines. Drawing on his 18 years of editorial experience, John will help guide you along the route to successful publication. Workshop participants are asked to bring three or four poems with them for shared group discussion. 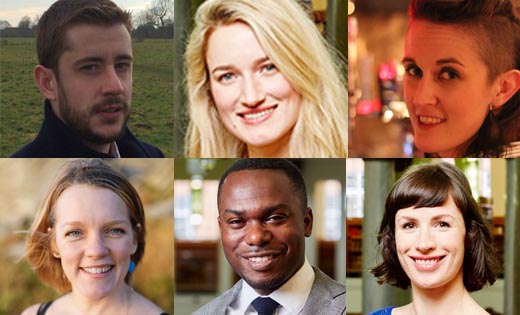 Poetry in the UK is thriving and nowhere is this more apparent than in the roster of poets at the University of Leeds Poetry Centre. Jamaican poet Dr Jason Allen-Paisant’s work has appeared in sx salon, The Cossack Review and POUI. Dr Rachel Bower’s collection Moon Milk was published in 2018 and she is co-editor of the Verse Matters. Dr Kimberley Campanello’s publications include Consent, Strange Country, Imagines and Hymn to Kālī. Dr Karl O’Hanlan’s pamphlet And Now They Range was published by Guillemot Press in 2016. Dr Hannah Copley was shortlisted for the Faber New Poets Prize and her work appears in Verse Matters. Charlotte Eichler’s work has appeared in PN Review, The Rialto and Stand. Professor John Whale is Director of the University of Leeds Poetry Centre. His collections include Waterloo Teeth and Frieze.