Colleagues are invited to submit names for consideration by the Committee on Honorary Degrees for awards in 2020.

Honorary Graduands for 2019 were drawn from the worlds of science, the arts and industry 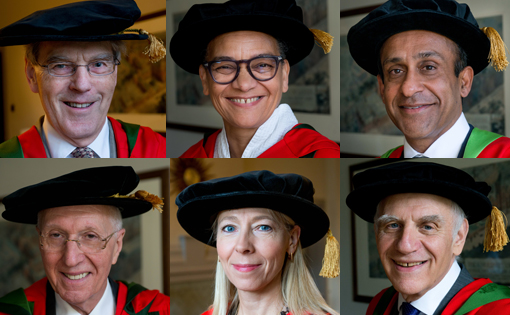 Honorary degrees were awarded to six prominent figures from the worlds of science, the arts and industry during this year’s graduation ceremonies:

Now, suggestions are being sought from colleagues for equally deserving candidates to be honoured in the same way at next year’s graduation ceremonies.

If you would like to submit a nomination, please complete this form and return it via email by Monday 9 September.