In the latest of our regular feature series – profiling all 15 of the 2018 Women of Achievement Awards winners in turn – we are highlighting the accomplishments of Professor Pinar Akman. 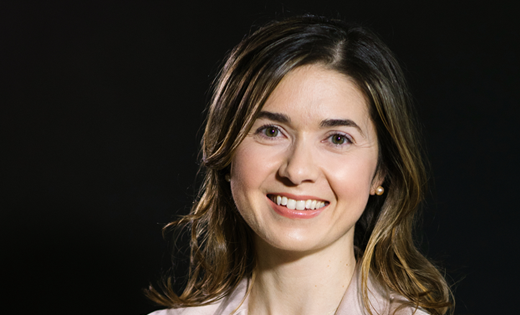 Professor Akman is the Director of the Centre for Business Law and Practice, an internationally recognised, leading business law research centre at Leeds. Pinar is an expert in competition law; her latest research focuses on the area of competition law and online technology markets.

In 2017, she was awarded a Philip Leverhulme Prize, which recognises early-career researchers whose work has had international impact and whose future research career is exceptionally promising.

Professor Akman has been involved in many externally funded research projects, including as an investigator for the ESRC Centre for Competition Policy. Her research also received funding from:

Pinar is a member of a number of high profile assessment boards and judging panels. She is a regular speaker at national and international conferences on all aspects of competition law, as well as a commentator for the media, including Bloomberg, BBC, Guardian, CNBC and others. She appeared in a live Intelligence Squared debate in 2017 that was broadcast by BBC World.

The Women of Achievement Awards recognise the significant contribution and impact women at Leeds are making across our institution and beyond.

Held for the fifth time last year, the Awards are a key part of our Leeds Gender Framework. They are integral to our commitment to further promote and accelerate gender equality, support the career development of talented women in all areas of the organisation, and provide high-visible role models that will inspire others to develop and thrive.

The outstanding achievements of 15 female colleagues and students were recognised at last year’s Women of Achievement Awards.

They celebrate the significant contributions and impact the winners have made across the University and beyond. The women receiving awards were all nominated by their peers, and represent academic and professional staff, as well as students, and are drawn from across campus.