Here we celebrate our colleagues’ achievements across the University this past month.

Chris Warrington, who has been re-elected to serve on the AMOSSHE National Executive 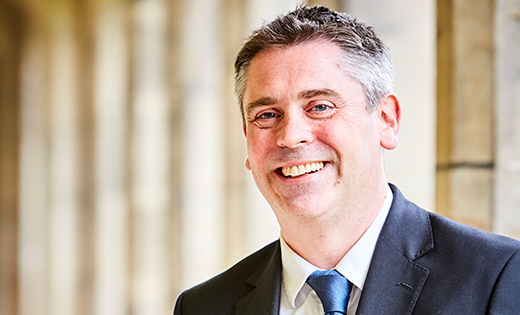 Chris Warrington, Head of Student Support, has been re-elected to serve on the AMOSSHE National Executive for a second term. AMOSSHE is the Student Services Organisation, bringing together leaders of student services from across the sector, influencing policy, representing members and providing CPD.

Chris said: “I’m really pleased to have been re-elected by my peers across the country to the AMOSSHE Executive Board. Not only does it mean that the University is present at discussions and policy developments relating to some of the key issues facing students and the sector, including the student experience and student wellbeing and support, it also enables some of our great work at Leeds to be showcased nationally.” 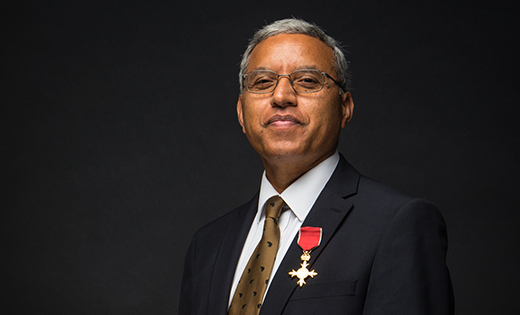 Professor Surya P. Subedi, QC, OBE, Professor of International Law from the School of Law, has been awarded the degree of Doctor of Civil Law (DCL) by the University of Oxford on the basis of exceptionally insightful and distinctive publications that contain significant and original contributions to the study of law.

Vice-Chancellor, Sir Alan Langlands, said: "I congratulate Professor Subedi on being awarded a Doctor of Civil Law from the University of Oxford. This is appropriate recognition of a broad canon of work on the theory and practice of international law and its impact on human rights and other areas of understanding and policy."

Professor Subedi said: “I am honoured and delighted by this recognition of my contribution to international law. It was humbling for me to learn that the judges in the panel at Oxford had so many kind words about the quality and originality of my publications and the depth and breadth of international law and human rights that I have covered in my work. I thank the University of Leeds for enabling me to achieve what I have achieved to earn such a prestigious accolade.” 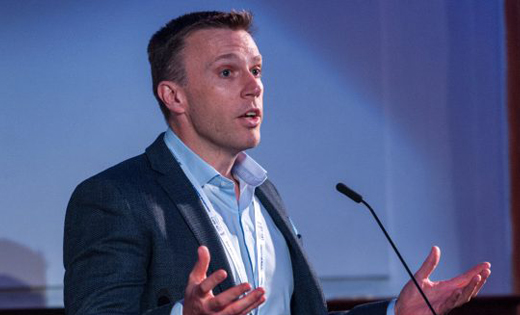 Professor Robert Richardson, Director of the Institute of Design, Robotics and Optimisation and Director of the Leeds EPSRC National Facility for Innovative Robotic Systems, has been elected as the incoming Executive Committee Chair of the EPSRC UK-Robotics and Autonomous Systems (UK-RAS) Network. His appointment was announced to Network members during the recent highly successful UK Robotics Week, held each year at the end of June to celebrate UK innovation strengths in robotics and autonomous systems.

Professor Richardson said: “This is an incredibly exciting time to be leading the EPSRC UK-RAS Network, which has made exceptional progress as a champion and organising voice for UK robotics innovation since the Network’s launch just four years ago.

“My focus as incoming Executive Chair of the UK-RAS Network will be firmly on supporting, stimulating, growing and promoting RAS research excellence in the UK – working in synergy with committees and large projects to form a powerful UK research and innovation strategy.” 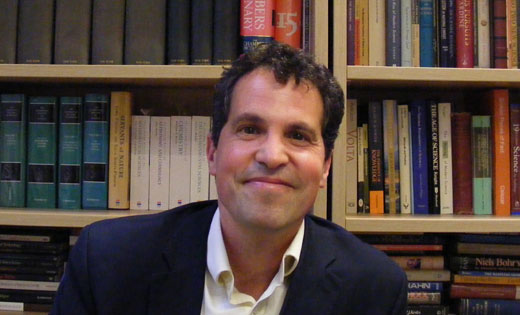 Professor Gregory Radick, Professor of History and Philosophy of Science from the School of Philosophy, Religion and History of Science, has begun a two-year term as President of the International Society for the History, Philosophy, and Social Studies of Biology (ISHPSSB). With more than 500 members worldwide, the Society is the premier organisation for scholars from across the disciplines interested in understanding the past and present of the biological sciences.

Professor Radick said: "The Society's biennial conferences are famously friendly, inclusive and intellectually vibrant. I'm delighted and honoured to have this chance to help maintain a great tradition from which I've benefited over and over again." 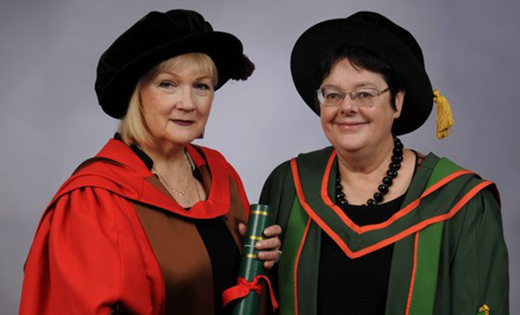 Professor Griselda Pollock, Professor of Social and Critical Histories of Art at the School of Fine Art, History of Art and Cultural Studies, has been awarded an Honorary Doctorate D.Litt honours causa by the University of London under the auspices of the Courauld Institute, where she completed her MA and PhD.

Professor Pollock was presented with her Honorary Doctorate by Professor Caroline Arscott, who was the first PhD student she supervised at Leeds.

Professor Pollock said: “I was delighted and deeply honoured to receive this honorary degree.

“Throughout my 50-year career, I have been a critical voice challenging the discipline of art history to engage with feminist, postcolonial and queer questions in relation to the art of the world, art's many and diverse histories and current demands for decolonisation of all our fields in the arts and humanities. Recognition for this sustained and creative commitment to change means a great deal as it gives me a platform to continue to challenge the undervaluing of creative activities in schools and the arts and humanities in the universities.

“I used my acceptance speech to question the dominance of purely economic value and monetarisation of education as much as art. I highlighted the necessity for other values, especially as we face the climate catastrophe that is already beyond repair. The arts and humanities shape the ways we think but also how we imagine pasts, presents and futures.

“To be honoured as a critical, materialist feminist postcolonial art historian at this time of multiple precarities for thought and even life on our earth is a tiny but a precious event in a thinking life.” 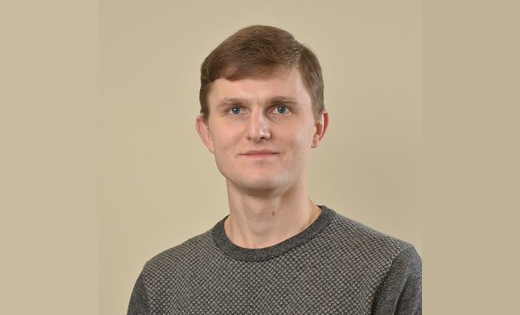 Dr Alexandr Buryak, University Academic Fellow at the School of Mathematics, has been awarded a Whitehead Prize from the London Mathematical Society in recognition of his contributions to the study of moduli of curves and integrable systems.

Dr Buryak said: ''It is a great honour for me to receive the Whitehead Prize of the London Mathematical Society in 2019 and I am very grateful to the School of Mathematics of the University of Leeds for their support. This recognition of my research direction gives me a strong motivation for future work.'' 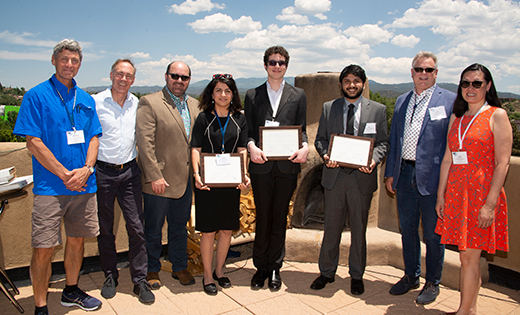 Rafael Gonçalves, PhD Researcher at the Institute of Transport Studies, has been awarded the 2019 Honda Outstanding Student Paper Award. The award, sponsored by American Honda Motor Company, Inc., provides a certificate and cash award to the student who conducts outstanding research accepted for presentation at the International Driving Symposium on Human Factors in Driver Assessment, Training, and Vehicle Design (also known as the Driving Assessment Conference).

Rafael said: “This award was a very important achievement for me as a researcher, once it allowed me to be recognised by my peers that might use it in the future, but also as a person, as it was a good indication that the hard work pays off and I am in the right path.” 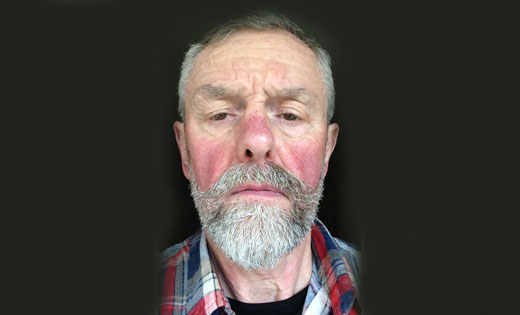 Institute for Medieval Studies (IMS) Emeritus Professor of Early Medieval History, Ian Wood, has been elected a Fellow of the British Academy.

The British Academy elected 76 new Fellows on 19 July ‘in recognition of their achievements in the humanities and social sciences’.

Professor Wood taught at Leeds from 1976 to 2015. His research interests are in Late Antiquity and the post-Roman period, as well as Anglo-Saxon England, the Christianisation of Western Europe up to the 12th century, and modern interpretations of the Fall of the Roman Empire. From 1992 to 1998, he was a coordinator of the European Science Foundation’s project on ‘The Transformation of the Roman World’.

Emilia Jamroziak, Professor of Medieval Religious History and Director of the IMS, described this as “a much deserved honour, not just in terms of recognising Ian’s transformative contribution to new understandings of the Early Middle Ages and medievalism, but also in terms of his work on fostering international research networks across Europe, Eastern Europe and, more recently, Southern America”. 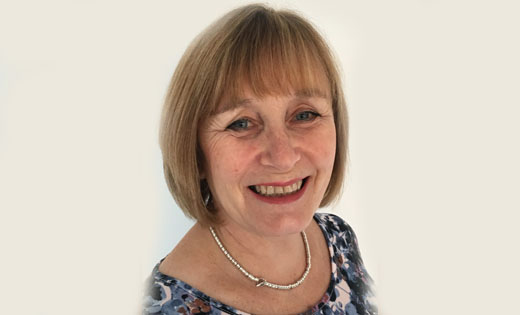 Seventy academics have contributed to the publication of a ‘Festschrift’ in tribute to Leeds Institute for Teaching Excellence (LITE) Director, Professor Tina Overton.

A Festschrift is a collection of writings published to honour the work of a scholar.

Teaching Chemistry in Higher Education is a collection of contributions from experienced educators from the UK, Ireland and Australia, who have worked on themes related to Professor Overton’s approaches to teaching the subject.

Professor Michael Seery, Director of Teaching at the School of Chemistry, University of Edinburgh, was one of the book’s editors. He said: “This kind of thing is extremely rare, and a measure of the esteem in which Tina is held.

“Tina has been an inspiration to the chemistry education community.”

Professor Tom Ward, Deputy-Vice-Chancellor: Student Education at Leeds, said: “Tina is a leading light in chemistry education and pedagogic research, who has had a significant impact on education across many institutions. This Festschrift is both a testament to that and thoroughly deserved.”

Professor Overton said: “This Festschrift is an immense honour. I have spent my career doing what I love and it is very humbling to think that any of that has had an impact on colleagues.”

Please contact Internal Communications if you or one of your colleagues would like to appear in this monthly feature. This is open to all staff – professional and academic.

RT @ITServicesUoL: In the run-up to the end of term, we thought we’d share some interesting @UniversityLeeds IT facts. Join us over the…

📝 The latest in our fascinating new Q&A feature series is published today. Discover what makes our Chief Data Offi… t.co/89n2oau2Qj