Come out and watch the Leeds-Bradford Marylebone Cricket Club University (MCCU) team play against Yorkshire at the University’s sports park this weekend. 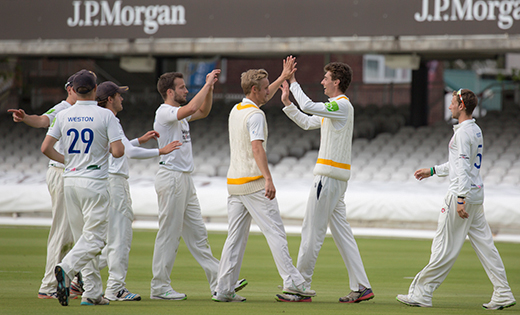 From Sunday 31 March to Tuesday 2 April, Sports Park Weetwood is playing host to its first MCCU first-class cricket fixture. The Leeds-Bradford MCCU team will be playing Yorkshire in the three day event, which is scheduled to start on Sunday at 10.30am.

The fixture is one of three upcoming three-day matches against county teams for Leeds-Bradford MCCU. The season started on Tuesday 26 March, in a first-class fixture against Derbyshire and they will also play Warwickshire at Edgbaston on 5 – 7 April.

Established in 2001, MCCUs are cricket academies which allow young aspiring cricketers to receive an unrivalled level of training and match-play whilst still furthering their education. They provide a pathway into first class county cricket and ultimately England with around a fifth of all English qualified players having been part of an MCCU centre of excellence.

The event is free to attend, with both hot and cold refreshments available, including ice creams and barista coffee. Alcohol will be sold on site, but is prohibited from being brought in.

There is limited seating at the event, so it is advised to bring your own. We would recommend using public transport as parking on site is limited.

Please note there will be no parking available on Sunday 31 March.