A scientist, an artist, and a technician walk into a bar

Science and art have always been a team effort; however, it is going to take a change in our perception of technical skill before everyone gets fully acknowledged for their contribution.

A scientist, an artist, and a technician walk into a bar and each order a pint of beer. Upon getting their drinks, they each notice a fly swimming around in the foamy head.

The scientist stares suspiciously at the fly, grabs her laptop and starts writing a grant application to develop a fly extracting robot – a thinly veiled practical application to excuse their study into fundamental foam structure-rheology relationships.

The artist grabs a pile of beer mats and begins a series of sculptural works that explore the relationship between Jungian archetypes and the boundaries between foam, fly, and freedom.

The technician grabs the fly by its wings and puts it on the table. She drinks the pint then goes back to the bar, returning with another round of beers, some scissors for the artist, and some fly spray so this joke can never be told again.

Any achievement in art and science can be said to require three things: inspiration, hard work, and technical skill. Despite all three being required, they are not treated with the same respect. If you can give the impression you have produced your masterpiece through inspiration alone, this is considered worthier than saying that you worked hard at it for years. We all remember the kid in school who claimed never to do any work but always got top grades. That child was trying to gain status by pretending their marks were due to inspiration rather than the hours of secret work they put in. Technical skill is similarly undervalued - a restaurant chef does not want to be compared to a cook, no matter how skilled the cook, because cooks are not seen as inspired. So too the tailor sees themselves above the sewer, the writer above the journalist, and the artist above the craftsperson. Nowhere is this bifurcation between inspiration and skill more evident than in the history of the word scientist.

The word scientist is much younger than you might imagine. In the early 19th century, scientists would have referred to themselves as natural philosophers, savants, or even men of science, but not as scientists. The story goes that the Romantic poet Samuel Taylor Coleridge was attending a meeting of the British Association for the Advancement of Science. After the opening remarks Coleridge stood up, by all accounts uninvited, and told the room full of eminent gentlemen that he was a philosopher and that they, as men who dug holes for fossils and performed experiments with electrical apparatus, they were empirical men of experimentation and not philosophers. The room erupted with objections. The chairman, William Whewell, responded by suggesting they could use the term scientist which he had coined as analogous to artist. The suggestion did not go down well. 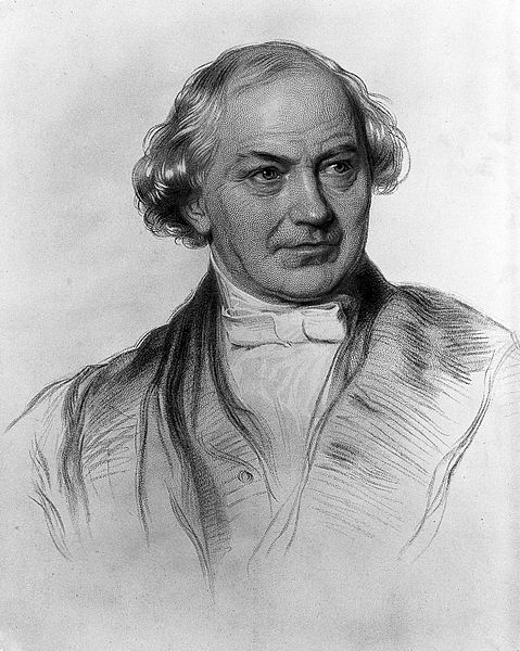 These ‘men of science’ gave various reasons for not wanting to use the word scientist but at the root of their objections was the lower status it suggested. These gentlemen wanted to be seen as men of lofty thought, not as manual labourers; as thinkers not doers. Like the school child, these men wished to be valued for their inspiration, not for their hard work or technical skills.

It took until the end of the 19th century for scientist to begin to lose its socially toxic connotations, though it is shocking that even as late as 1924, the word scientist was banned from the journal Nature. This celebration of inspiration over technical skill has a pernicious effect on how we look back at the works of great scientists. An often quoted line, supposedly said by Sir Isaac Newton, illustrates this perfectly:

I don't know what I may seem to the world, but as to myself, I seem to have been only like a boy playing on the sea-shore and diverting myself in now and then finding a smoother pebble or a prettier shell than ordinary, whilst the great ocean of truth lay all undiscovered before me. - Memoirs of the Life, Writings, and Discoveries of Sir Isaac Newton (1855) by Sir David Brewster

This lofty metaphor is meant to suggest that Newton’s discoveries were somehow the effortless product of innate genius rather than the fruits of hard labour and learned skills. In fact, Newton spent hours polishing prisms and was highly skilled at the physical process of making and polishing mirrors for his experiments. Society has a preference for the neat story of the lone genius who requires only inspiration to produce his great works, so Newton’s technical skills are ignored in our telling of his life.

Worse than that, we ignore the people great scientists worked with. We know teams of technicians worked for scientists like Robert Boyle and Ernest Rutherford, but they are rarely mentioned in stories of their achievements. This simplification of history is also common when talking about the lives of great artists.

During the Renaissance, the Italian painter and writer Giorgio Vasari penned Lives of the Most Excellent Painters, Sculptors, and Architects. The biographies contained in this book raised men like Donatello, Raphael, and Michelangelo to the status of artist, lifting them above the artisans or craftspeople with whom they had previously been classified. For Vasari, true art required skill but, more importantly, divine inspiration. This was the emergence, and raising up of, art as superior to craft. 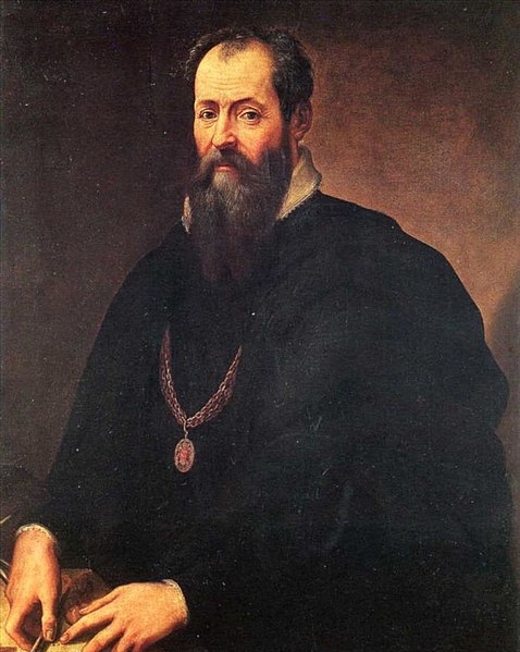 Fast forward to the 20th century. In 1917 Marcel Duchamp places a mass-produced urinal in an exhibition and declares it art. In 1961 Piero Manzoni turns a plinth upside down and declares the entire globe to be his art work. The value of these pieces came not from the minimal technical skill required to produce them but from the imaginative work of the artists; that little bit of Vasari’s divine inspiration that they claimed, implicitly or explicitly, to possess.

This raising up of the artist meant that craftspeople’s hard-won skills in producing beautiful and functional objects became less valued, even taken for granted. They also provided a reason for them to be seen as less than artists. So when Grayson Perry won the Turner Prize in 2003, there was a debate about whether his beautiful and satirical ceramic pieces should be called art at all given that ceramics had traditionally been classed as craft. However, because Perry claimed the status of artist, these pieces became invested with artistic merit, with divine inspiration (whether or not this is universally agreed). 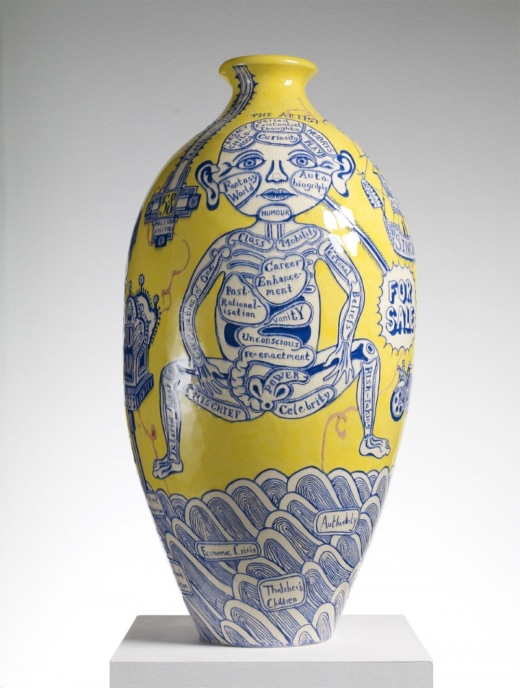 After Vasari, technical skill, so vital to the art world, became devalued. It is telling that Perry is famous not for his technical proficiency at the wheel but for his imagination. The American contemporary artist Jeff Koons once told an interviewer, “I’m basically the idea person”, before proceeding to describe how he was not physically involved in the production of his pieces but hires assistants, often highly skilled craftspeople, to do the work for him. Similarly, Barbara Hepworth often used craftspeople to do the practical work based on her ideas and sketches - sometimes without her being present. Both Koons and Hepworth are rightly lauded for their inspiration, for their imaginative work; however, such is the status of technical skill that the people who devoted their skill and time to the works go unacknowledged.

“A person knowledgeable or skilled in the technicalities of a particular field; esp. an expert in the formal or practical aspect of an art, sometimes with implications of a corresponding lack of creativity.” - OED definition of technician [italics my own]

That negative kicker, that sting in the tail, that suggestion that technicians lack some important quality is hard to take. It also did not go away, as can be seen in this quote from Marie Curie from a hundred years later:

“I am among those who think that science has great beauty. A scientist in his laboratory is not a mere technician: he is also a child confronting natural phenomena that impress him as though they were fairy tales.” - Madame Curie: A Biography (1937) by Eve Curie Labouisse (translation)

We have seen that people with technical skill, whether they are called craftspeople, assistants, or technicians are, in part, defined by their lack of passion, creativity, or inspiration. So little valued are their technical skills that their contribution to the history of art and science is rarely acknowledged. Moreover, as we have seen from the history of the word scientist, some of those who produce science look to elevate themselves at the expense of those whose job primarily concerns technical matters.

Science and art have always been a team effort, so let’s stop pretending. If anything, teamwork has become even more vital in the 21st century. Large scale art and science projects require teams of people. For example, Damien Hirst’s controversial spot paintings required a large team of assistants to produce these technically difficult pieces. Despite this, his assistants are not acknowledged. 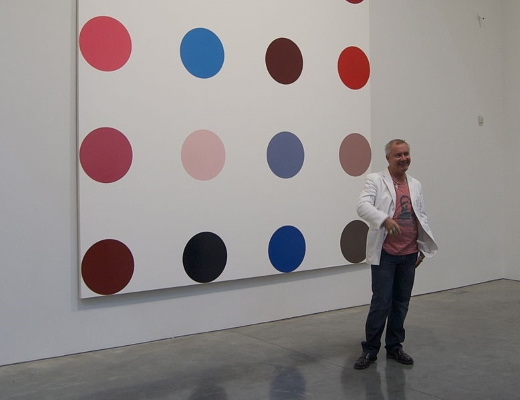 Examples of better practice exist. For example, scientists at CERN follow strict publishing guidelines and so produce papers with thousands of authors which include technical staff. This is true ‘Team Science’, but it is unusual. For another example, look at any credits at the end of a film and you will see a list of technical roles and names – Best Boy, Key Grip, etc. Their contribution to the production is acknowledged. ‘Team Science’ and ‘Team Art’ are the future and to get the most out of these teams we cannot afford to ignore the contribution of technical skill; to value inspiration over technical skill is to deny the truth.

In the joke at the beginning of this piece, the artist, the scientist, and the technician each approached the fly problem in a different way. All of the approaches were valid, but it does have to be said only one of them led to any pint-drinking! Each approach needs to be valued. This is why campaigns like Technicians Make it Happen and the Technician Commitment are so important, because they not only increase the visibility of technicians but they also reframe technicians as not ‘merely’ anything; not as lacking but as possessing the ability to make things happen.

Thank you to Derek Mann from the University of Newcastle for his inspirational description of Team Science in a presentation he gave at Newcastle University’s Technicians Network. A big thank you to my wife, Rebecca Woods, for “technical support” helping me create a structure from a lot of different ideas and her constant support.

Here is some further reading if you are interested: