In the latest of our regular feature series – profiling all 15 of the 2018 Women of Achievement Awards winners in turn – we are highlighting the accomplishments of Elizabeth Kapasa. 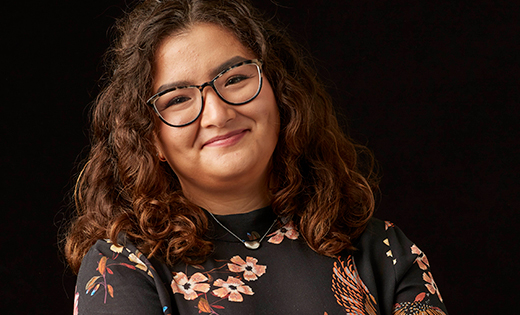 Postgraduate researcher Elizabeth, from the School of Mechanical Engineering, has made an exceptional contribution to research in the field of Biomedical Engineering. She is working on ways in which cell-sheet engineering can provide innovative new treatments for degenerative bone diseases, such as osteoporosis.

Whilst gaining a first in her degree from the University of Sheffield, Elizabeth was involved in projects aimed at inspiring the next generation to get involved in engineering.

Her book – Suzie and Ricky: The Crash Landing – which is aimed at children aged eight or nine, was sponsored by the University of Sheffield’s ‘Women in Engineering’ project and distributed free to the city’s schools and libraries.

The book and a series of related projects were launched at the Houses of Parliament in 2016. Suzie and Ricky is now available as an e-book and has its own website and a virtual reality game. There are plans to launch a Suzie and Ricky app, extend the project to other English-speaking countries and to translate the book into Spanish, Italian and Chinese.

Elizabeth won the Institute of Physics and Engineering in Medicine Spiers Prize for Outreach in 2017 for her contribution to promoting bioengineering.

The Women of Achievement Awards recognise the significant contribution and impact women at the University are making across our institution and beyond.

Held for the fifth time this year, the Awards are a key part of the University’s Leeds Gender Framework. They are integral to our commitment to further promote and accelerate gender equality, support the career development of talented women in all areas of the organisation, and provide high-visible role models that will inspire others to develop and thrive.

They celebrate the significant contributions and impact the winners have made across the University and beyond. The women receiving awards were all nominated by their peers, and represent academic and professional staff, as well as students, and are drawn from across the University.