University sport scholars were celebrated during a special evening reception. 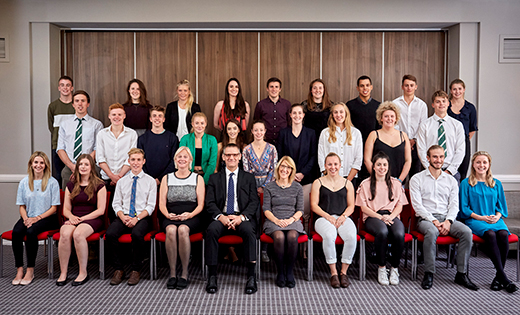 More than 60 students studying a variety of courses, from Medicine to Geography, are supported by the Sport Scholarship Programme to help and guide them in achieving their goals to the highest of their ability, both within their chosen sport and academia.

They compete in a vast variety of sports, from rugby to snowboarding, at a range of competitions throughout the year. The scholarship programme gives each athlete a personalised package of support to meet their individual needs. This includes a personal mentor; free access to The Edge, to help aid with their fitness, sport and wellbeing; a personal programme of nutritional advice, physiotherapy and strength and conditioning training; as well as a bespoke bursary to ensure they can manage the financial demands of performance sport. 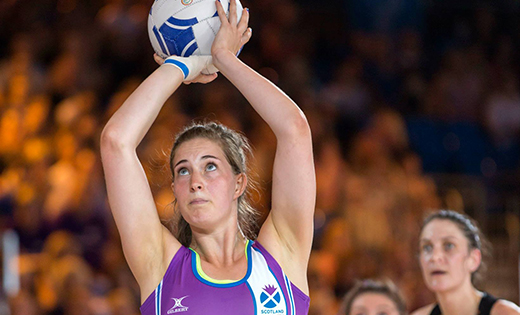 One student who celebrated success this year is Joanne Pettitt. The Physician Associate Studies student represented team Scotland at the 2018 Gold Coast Commonwealth Games at netball. She also represented Scotland at the European Championships in 2017, the European World Cup Qualifiers 2018, the Commonwealth Games in Glasgow and the Netball World Cup in Sydney, Australia.

Sam Dickinson has also been awarded a sport scholarship following a successful year in triathlon. He was a late starter to the sport, but just two years after his introduction, he became British junior champion and topped the table at the British Triathlon Super Series in 2015. He won silver at the ETU European Championships in 2016 and represented GB at the ITU World Championships. This year he won silver in the U23 elite race at the ITU World Championships on the Gold Coast.

A Dual Career Policy has also been introduced at Leeds this year. It seeks to ensure student-athletes training, competing and studying at the very highest level have the support in place to allow them to succeed. The policy allows them to achieve their sporting and educational aspirations without sacrificing one to be a success in the other.