More than a hundred University donors joined staff and students at the Vice-Chancellor’s Scholarships Reception on Monday 10 December. 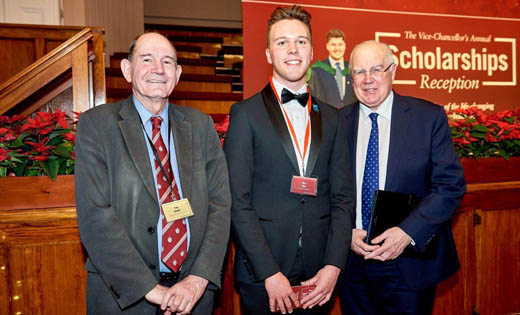 Held in the Great Hall, the glittering event is an annual pre-Christmas celebration of everything our donors bring to the University, through funding student scholarships, research, outreach and a host of other projects.

In particular, the event allows scholars to meet the donors who have funded their scholarships, to talk about the difference the support has made to their studies at Leeds and to say a very personal “thank you”.

The event also acknowledges the valuable work of alumni and other supporters, who volunteer as mentors for our students, offer careers guidance or host internships and placements, and who give of their precious time to support our mission. 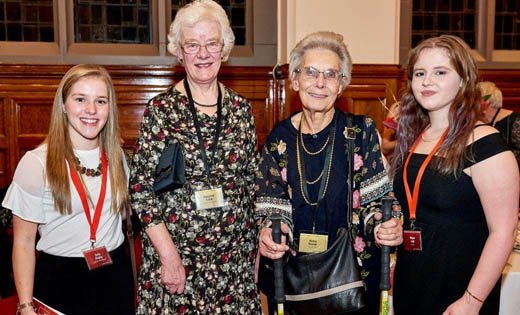 Stalls at the event highlighted some of the areas that have benefitted from support, including the range of student opportunities made possible through donations, as well as research projects in brain cancer and microbubbles.

All have been supported through gifts to the University’s Footsteps Fund, a part of the University’s Making A World Of Difference campaign, which is run by the Alumni and Development team. The total raised has now reached £84 million since the campaign began in 2010. 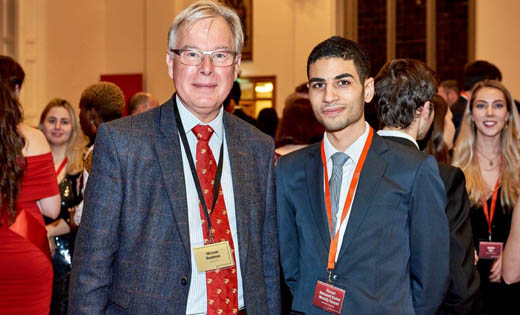 The Footsteps Fund’s latest appeal is to support work to develop robots to deliver physiotherapy to patients recovering from a stroke. Guests at the event were given the chance to try out the device, developed by colleagues in the Faculties of Engineering and Medicine and Health.