Three leading University academics were awarded OBEs by Her Majesty The Queen.

Professor Keenan and Professor Emery attended the ceremony on Tuesday 13 November, mentioning how Her Majesty was impressed Leeds had two recipients in one investiture. Professor Bower received her award on Wednesday 21 November. 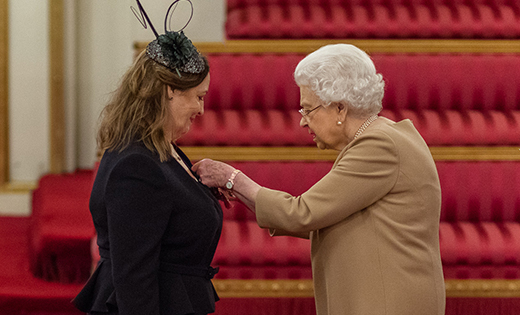 Professor Keenan is Professor of Applied Health Research at the University and Assistant Director and Training Lead of the National Institute for Health Research (NIHR) Leeds Biomedical Research Centre. Her research interests are osteoarthritis in the foot and lower limb.

She has been honoured for her services to podiatry.

She said: “It was an honour to receive the award, made all the more special by receiving it from Her Majesty, The Queen.” 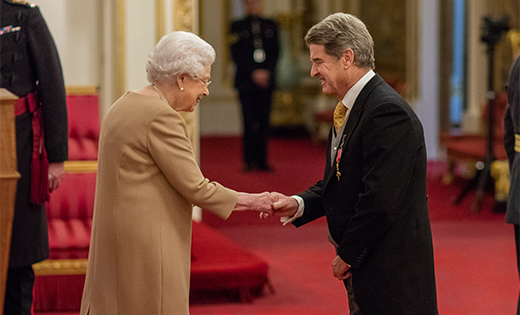 Professor Emery is the Arthritis Research UK Professor of Rheumatology at Leeds and Director of the NIHR Leeds Biomedical Research Centre.

He trained as a doctor in Cambridge and London in the 1970s, and has been honoured with numerous awards for his research into arthritis and associated diseases. He was appointed to Chair in Leeds in 1994 and has since built the largest academic rheumatology unit here.

Professor Emery’s research established the concept of early intervention in inflammatory arthritis, a practice that has been adopted around the world. His research is currently focussing on the way auto-immune diseases could be prevented. He has published more than a thousand peer-reviewed scientific papers.

He said: “It was a wonderful day. Lucky to have Her Majesty herself, as she does fewer [awards ceremonies] than Prince Charles or Prince William.

“She asked if we were getting near cure of rheumatoid arthritis – I was pleased to say we were much closer.” 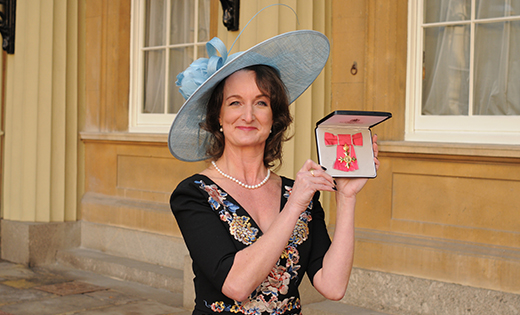 Professor Bower started at Leeds in October 2000 and was made Professor of Engineering Project Management in the School of Civil Engineering seven years later. She was Deputy Head of School from 2004 to 2007 and Director of Learning and Teaching from 2006 to 2011. She became part-time in 2014, when she took up the role of Executive Director of the Major Projects Association.

Her academic interests lie in improving the initiation and delivery of major projects. Professor Bower has very strong links across the academic and industrial communities, collaborating on teaching and research activities. She has published widely in academic journals and authored and co-authored key text books on the subject of engineering project management.

She has also acted as an advisor – working closely with Government – to some of the most complex infrastructure projects in the UK, including High Speed 2, Heathrow’s expansion programme and the Parliamentary Estate refurbishment.

Professor Bower said: “I am proud to have received the OBE for services to engineering and construction.

“It’s a wonderful recognition and is the result of working with brilliant colleagues and of the amazing support I have always had from my family.”