In the second of a regular feature series – profiling all 15 of this year’s Women of Achievement Awards winners in turn – we are highlighting the accomplishments of Dr Claire Eldridge. 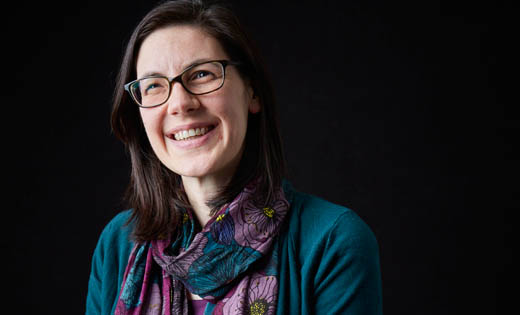 Dr Claire Eldridge (School of History) is a remarkable early career scholar – a brilliant teacher, excellent administrator and a thoughtful contributor to School policy, not least in the fields of gender, diversity, equality and widening participation.

She was acknowledged as one of the leading historical voices of her generation in 2017, when she was awarded the prestigious Royal Historical Society’s Gladstone Prize. This is presented each year to a single scholar to mark the best first book in non-British history written by a historian who has been awarded a degree by a British university. No member of the University has previously won the prize, and its singular nature but wide eligibility make her achievement one of especial note.

Dr Eldridge won the Prize for Empire to Exile: History and Memory within the Pied-Noir and Harki Communities, 1962-2012 (Manchester, MUP, 2016). This book explores the commemorative afterlives of the Algerian War of Independence (1954-62), one of the world's most iconic wars of decolonisation. It focuses on the million French settlers – pieds-noirs – and the tens of thousands of harkis, the French army's native auxiliaries, who felt compelled to migrate to France when colonial rule ended.

Challenging the idea that Algeria was a 'forgotten' war that only returned to French public attention in the 1990s, this study reveals a dynamic picture of ‘memory activism’ undertaken continuously since 1962 by grassroots communities connected to this conflict.

The Women of Achievement Awards recognise the significant contribution and impact women at the University are making across our institution and beyond.

Held for the fifth time this year, the Awards are a key part of the University’s Leeds Gender Framework. They are integral to our commitment to further promote and accelerate gender equality, support the career development of talented women in all areas of the organisation, and provide high-visible role models that will inspire others to develop and thrive.

They celebrate the significant contributions and impact the winners have made across the University and beyond. The women receiving awards were all nominated by their peers, and represent academic and professional staff, as well as students, and are drawn from across the University.