Andy Connelly searches for technicians in fiction and finds a technician-shaped hole.

Beaker from the Muppet Show 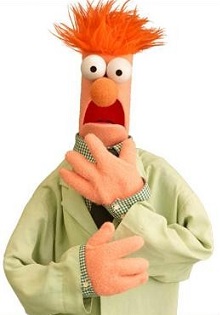 Ask someone to name a fictional detective and there is a chance you'll run out of paper before they’re finished. Ask them to name a fictional technician and you’ll probably get a blank look and your stationary stocks will be safe. You might, if you are lucky, get Beaker from the Muppets as an answer. Beaker was Professor Bunsen Honeydew’s much abused lab assistant – and many people’s favourite Muppet. Fans of Gothic horror movies might mention Igor, the hunch-backed lab assistant to many movie villains and mad scientists. After that you’ll probably get an awkward silence.

Technicians have been called the invisible people of science, the arts, and industry and nowhere is that more true than in fiction. There is a technician-shaped hole on TV, in films, or in books. We’re not completely absent – if you grab the DVD of ‘Something the Lord Made’, you see the fictionalised account of the life of the technician Vivian Thomas. Or if you watch the TV series ‘Code of a Killer’ about the discovery of DNA fingerprinting, where the technician involved in the discovery, Vicky Wilson, appears. Unfortunately, these stand out as rare dramatic highlights.

To satisfy your (now burning) curiosity, I have searched high and low for technicians in fiction and listed them below. If you think I’ve missed any out, please let me know – particularly if you can think of any arts technicians, who I really struggled to find examples of.

In some ways it is not surprising there are so few technicians on TV. We are generally support staff and you don’t find too many TV shows about support staff - there is no TV show about a HR department…although that might be for the best! In that sense technicians are better off than many support staff, as there are at least two TV shows starring technicians. Moss and Roy from The IT Crowd are IT technicians. And what would Red Dwarf’s roster do without Lister and Arnold J. Rimmer maintaining the ship’s chicken soup vending machines? 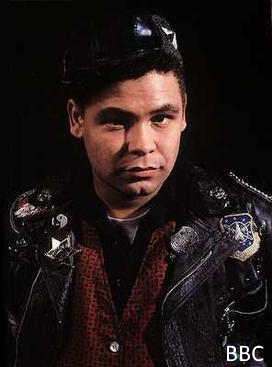 Cult comedy, it seems, is the best source of technician representation on television. Unfortunately, in both of these shows the role of technician serves to mark the characters as low status and so we, the viewer, are asked to laugh at their misfortunes. In Red Dwarf, Rimmer, Technician Second Class, is described as a “man who could not outwit a used tea bag.” Lister, who as Technician Third Class is the lowest ranking crewman on the ship, he is doing a job that was too lowly even for the robots and is by all accounts a complete slob. But to his credit he’s the only technician to attain godhood, albeit amongst the Cat species which evolved on board the spaceship Red Dwarf.

Both Lister and Rimmer are socially dysfunctional and terrible at, or uninterested in, their jobs. On the other hand, in The IT Crowd Moss and Roy are at least good at their jobs. However, their social skills also rank on the lowest possible rung - though this might be more an issue of the representation of IT professionals more generally than of technicians.

This lazy portrayal of certain professions is another part of the reason for the poor representation of technicians in fiction. A good example of this is a rather unflattering one-off character in a 1961 episode of The Dick Van Dyke Show. In the episode “Sally and the Lab Technician”, the technician is depicted in the same way as many TV scientists at the time - nerdy, socially awkward, generally a bit weird. Oh, and of course, wearing glasses.

Even cult comedy shows with a setting that obviously lends itself to the inclusion of technicians can lack these vital characters to round out the scene. For example, despite the preponderance of science-based job roles and laboratories in Big Bang Theory, there are no technicians represented across 12 seasons.

Some shows set in workplaces where technicians would normally be commonplace feature technicians, but they are either uncredited or credited simply as, “Technician”. In a 1983 special feature length episode of Doctor Who “The Five Doctors”, a Time Lord technician tries unsuccessfully to free the Fourth Doctor from a time eddy; he is credited simply as Technician and sadly only has one line.

Then there are the myriad forensic and mortuary technicians in TV crime dramas who rarely get names, let alone spoken lines. Technicians rank only as so many uncredited and disposable characters. 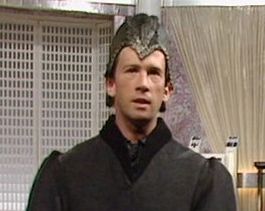 Things are not much better in the movies, where technicians are truly disposable. Never has the life of a technician mattered less than in the James Bond and Star Wars franchises. More prop than functional character, a technician’s lot is to twiddle some knobs, run away and often then get blown up. That said, there’s plenty of them running around across the span of these films, so clearly the “evil henchman” HR department knows how to get people to sign up for that job description. This disposable technician is taken to the next level in the Despicable Me films, where the assistants are literally Minions and are more comedy lab mice on two legs than professional technicians.

Similar disposable technicians appear in the background in Jurassic Park and basically any film with a laboratory, workshop, or a NASA control room. In fact, pretty much the only named technician I’ve been able to find in films, apart from Igor, is Steve from the animated film Cloudy with a Chance of Meatballs. In this movie the main character, Flint Lockwood, has a best friend and lab assistant, Steve, who is a cute young Vervet monkey who communicates through a monkey translator. The characterisation of Steve is pretty accurate. Like most technicians he has an obsession with gummy bears and has a habit of throwing his faeces around – or is that just me? 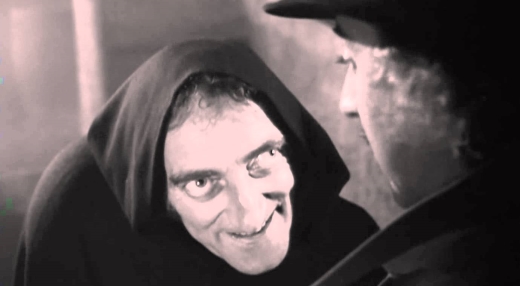 Igor from the 1974 film "Young Frankenstein"

The situation in literature is by far the worst. Not even in the original Frankenstein book did Mary Shelley see fit to give Dr Frankenstein an assistant; the role was added into the 1931 film Frankenstein. In fact, I have really struggled to find any book-based technicians and those I have found are not exactly rounded characters. In H.G. Wells’s 1901 story The First Men in the Moon, the main character is a scientist who is trying to create a material, cavorite, which can negate the force of gravity. During his experiments there is an accident and he describes how "[m]y three assistants may or may not have perished. That is a detail. If they have, it is no great loss; they were more zealous than able." They do not appear again in the story and he shows no remorse for their death. Three more technicians disposed of.

In the real world, such a paucity of technicians would mean that CSI wouldn’t be able to solve crimes and evil geniuses wouldn’t be able to keep their underground lairs functional. Despite this, technicians in fiction seem to be so often expendable, uncredited, socially dysfunctional…or a faeces-throwing monkey. However, we should not despair. There is hope. If we return to my beloved Beaker, I think we can see a deeper truth and hope for the future.

Think about it. Where technicians do appear as named characters in fiction, we are loved! Think of Lister, Roy, Moss, or even Pinky from Pinky and the Brain. These are the human (or mouse) faces of the story. Like Doctor Who’s assistants and Watson in the Sherlock Holmes stories; these technicians provide a character with whom the viewing public/reader can identify more readily than the (often emotionless) lead - an emotional connection to the story. 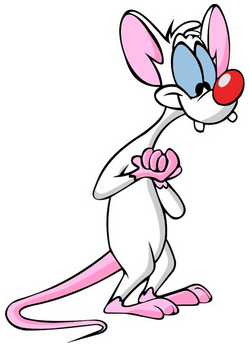 Pinky from Pinky and the Brain.

So, while I won’t be applying to “evil henchman” HR for a technician job on the Death Star anytime soon; I will be celebrating every time I see a technician on TV, at the movies, and in books. I will feel sad when they are uncredited, or worse blown up, but hope that as campaigns like the Technician Commitment and Technicians Make it Happen raise the profile of technicians at work, so more technicians will appear on our screens and on our TVs.

Thank you to all the people who contributed to a Twitter discussion on this, particularly Angela Beddows, Jen Tompkins, and Paul Disdle. Particular thanks go to Angela for her encyclopaedia like Doctor knowledge!

The Red Dwarf quote comes from the episode Justice (1991).