History is made with first ever Varsity victory

History was made on Wednesday 3 October when we beat local rivals Leeds Beckett University to win our first ever Leeds Varsity. 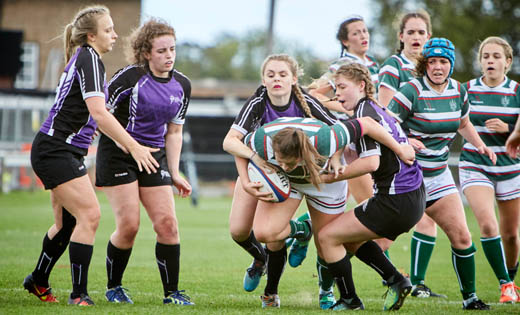 Leeds Varsity is an iconic event in the city’s sporting calendar, and consists of fixtures across the year culminating in one final day of competition, where more than 50 fixtures are played and the winner is crowned.

Leeds Beckett has walked away with the trophy for the past 13 years, but this year it was finally the turn of the Leeds Gryphons.

Suzanne Glavin, Head of Sport and Physical Activity at the University, said: “We are so proud of how all our students performed across the various sports competitions – they gave it their all, demonstrating skill, fitness and expertise.

“Our joint University of Leeds and LUU staff teams have been exceptional in providing fantastic support to our students to enable this to happen. A true partnership in action.

“We so hope all University and Union staff can share in this success, and wish our Leeds Gryphons well for the academic year on and off the field.”

The Gryphons were leading by four points to two heading into the final couple of days of competition, following the cross country, American football, Intra-mural varsity, cricket and futsal fixtures played earlier in the year. 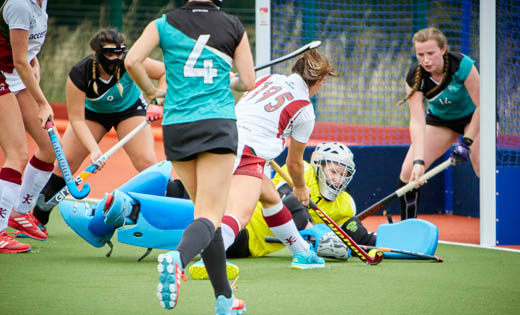 Leeds Gryphons on the attack during the women's hockey match

Two openers were played on Tuesday night – netball and hockey. Leeds Gryphons women fought hard in the netball to emerge victorious by a 48-41 scoreline.

But the Gryphons weren't so lucky over in the hockey, with both men’s and women’s teams losing out narrowly on penalty flicks.

This made the score 5-4 going into the final day of fixtures.

All the University of Leeds students fought valiantly throughout the day with great determination knowing that every point really does count. Some of the highlights were badminton and volleyball taking a clean sweep of wins – volleyball men and women even won in straight sets. Over in the pool, waterpolo won both men’s and women’s fixtures to extend their unbeaten run to nine years. 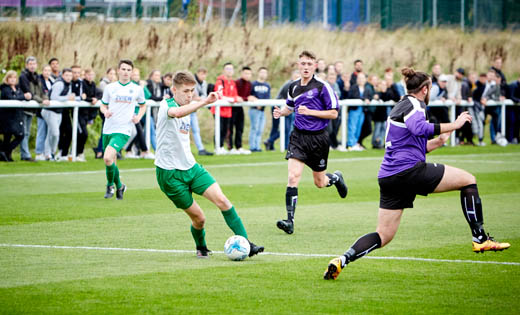 Leeds Gryphons men’s and women’s football first teams also won, with the men coming back from 3-1 down to draw 4-4, winning the match on spot-kicks.

Meanwhile, on the hockey pitch, the Gryphons women’s fourth team made it look easy, winning by a huge margin of 13-2.

Many other teams had close games and narrowly missed out on points, but everyone put in a huge effort, including the large crowds supporting each fixture throughout the day. 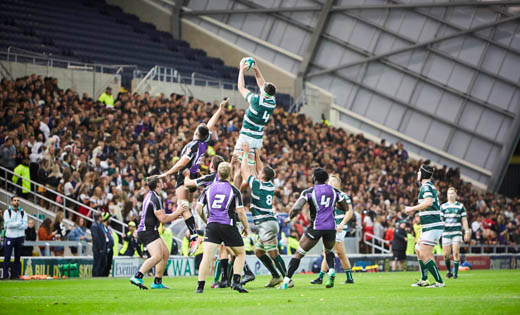 Reaching new heights with the Varsity trophy victory, despite defeat in the Rugby Union match at the Emerald Headingly Stadium

With so many fixtures happening throughout the day, staff and students were regularly checking the website, with the overall victory confirmed ahead of the Rugby Union final. The final score from all the competitions was 30-28 in Leeds Gryphons' favour.

A proud moment for everyone at the University of Leeds.

Lauren said: “We won Varsity! For the first time ever, we triumphed over Leeds Beckett in the overall scores and took the trophy.

“So, a huge congratulations to everyone who was involved – we are so proud of every team, every member and everyone who helped with the fixtures and events in any way.”

Bring on next year!