Staff are invited to submit names for consideration by the Committee on Honorary Degrees for awards in 2019. 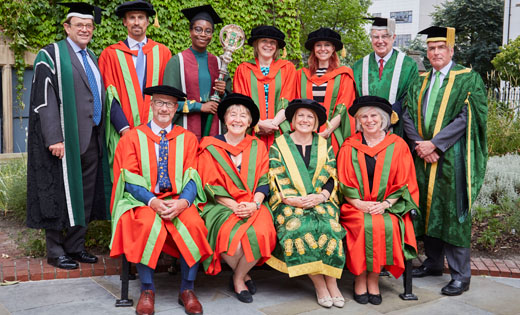 Honorary degrees were awarded to six prominent figures during the installation ceremony for the University’s new Chancellor in July:

Other eminent recipients during the University’s graduation ceremony fortnight were:

Speaking at the time, Sir Alan Langlands, the University’s Vice-Chancellor, said: “It is a privilege to acknowledge and honour such distinguished individuals, all of whom have contributed great knowledge, understanding and expertise in the service of society. We are proud to celebrate their achievements.”

Now, the University is seeking suggestions from staff for equally deserving candidates to be honoured in the same way at next year’s graduation ceremonies.

If you would like to submit a nomination, please complete this form and return it via email by Friday 7 September 2018.