A walk around campus: Networking in the sun

A lunchtime walk gave technicians the opportunity to network whilst finding out about the fascinating history and architecture of our University.

This June there were two opportunities for technicians to find out more about the campus where many of us are based. Instead of our normal quarterly meeting the Technicians’ Network organised a lunch time walk led by Dr Chris Hammond, Life Fellow in Material Science at Leeds. The walk was based on the “Walks Round Red Brick” book by the late Professor Maurice Beresford. 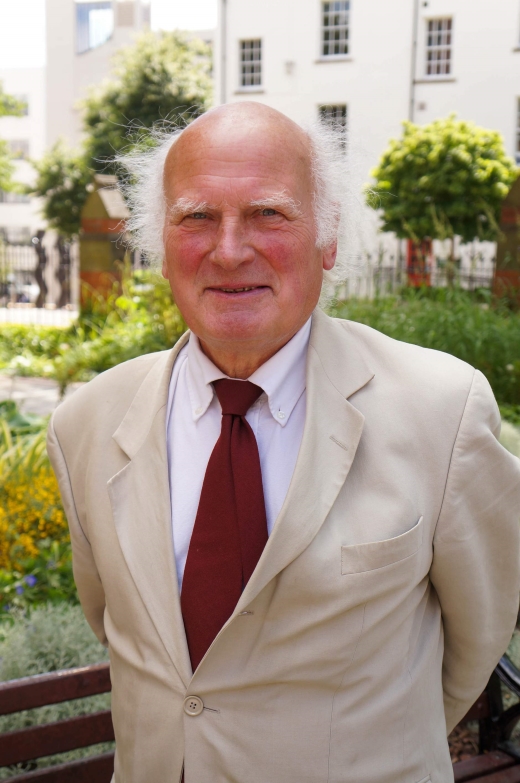 Starting from opposite Virginia Cottage, the red brick home of Sir Thomas Clifford Allbutt who invented the short clinical thermometer, we learnt about the history of the development of the Leeds University Campus. This began with the gothic revival architecture designed by Alfred Waterhouse (who designed the Natural History Museum), on to the Portland stone buildings, such as the Parkinson Building, designed by Lanchester, Lucas and Lodge and then to the 1960s when Charles Morris commissioned Chamberlin, Powell and Bon (who designed the London Barbican Estate) to redesign the entire campus. We heard about the radical vision to demolish the redbrick and Portland stone buildings and replace them with the modern concrete buildings we see surrounding Chancellor’s Courtyard, which are now Grade II listed. These were the last large-scale building works on campus. Since 1978 the University has not employed architects to build with a single vision for the whole campus but has appointed architects for each individual project instead.

Walking through Chancellor’s Courtyard we could appreciate Chamberlin’s vision for a traffic free University. Most of campus has no main roads going through it, instead it has service roads that travel beneath the buildings. This vision extended beyond the campus, and the University is the reason that the Inner Ring Road is built at a lower level than the campus - allowing pedestrians to pass freely between the University and the city centre. This design gives Leeds the edge as the first contemporary urban university. 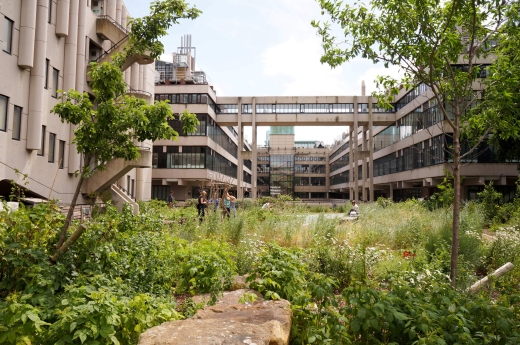 The walk took us into the Roger Stevens (a Grade II* listed building) where we stopped and took time to properly look at the building. We admired the carefully designed open spaces, with the individual doors leading to rows of seating in the lecture theatres. From here we walked to Springfield House, now part of the Covance building. This is the building that put a halt to Chamberlin’s project, and the reason that the redbrick and Portland stone buildings survived. Springfield House is a listed building and the University applied to demolish it so that the Biological Science buildings could be extended. The application was refused, and even after being taken to the Secretary of State the building was required to remain in place.

On Springfield Mount was a building that surprised many of us. The very beautiful Priory of St. Wilfred, built as a hostel for men going into training for the Anglican Church. It is worth a detour if you are passing this part of campus, just to admire this impressive building set on a quiet street surrounded by mature trees. 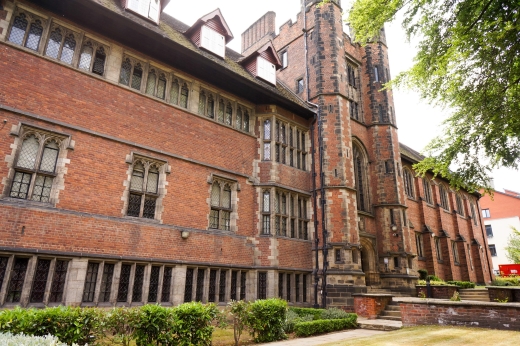 We then passed Lyddon Terrace, built on an area bequeathed to Julia Lyddon in 1789. She wanted to build classical buildings, like those found in her native Bath, with views across to the River Aire. Walking along the Terrace you can spot many different variations on the overall classical theme - a brain teaser on a short cut through campus!

The walk then continued up through St. George’s field, taking time to look at the gravestones and hear the stories behind some of the people buried here. 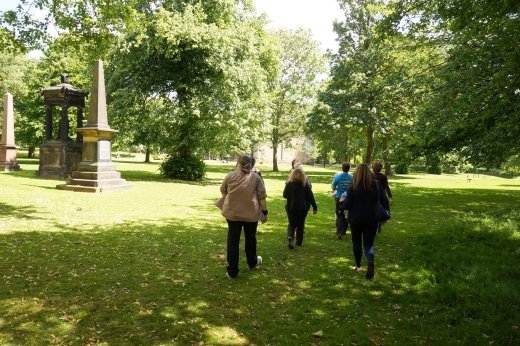 We exited near the building site of the new Sir William Henry Bragg Building and through the back of the Parkinson to Clothworker’s Court. Did you know this featured in a crime novel by Michael Innes, a lecturer at the University in the 1930s and 40s called ”The Weight of the Evidence”?

The walk opened all of our eyes to the buildings that surround us, routes that many of us use on a daily basis without considering the buildings, landscaping and ease of traverse. We also discovered back routes and new buildings hidden just out of sight of our daily trek. Great plans for the campus at different times throughout the University’s history have left a campus with a diverse range of buildings and spaces, many with fascinating stories behind them.

We appreciate the time given By Dr Chris Hammond to lead these walks and to share his knowledge. For those of you not able to participate, or those with an interest to find out even more, you can purchase the updated edition of “Walks Round Red Brick” by Professor Maurice Beresford, which has been overseen by Dr Chris Hammond. The book can be purchased in Parkinson Court (pay at the coffee bar and collect the book from behind the reception desk).