Explore the legacies of the First World War

A new exhibition at the Treasures of the Brotherton Gallery explores what happened after the guns fell silent on the Western Front a century ago. 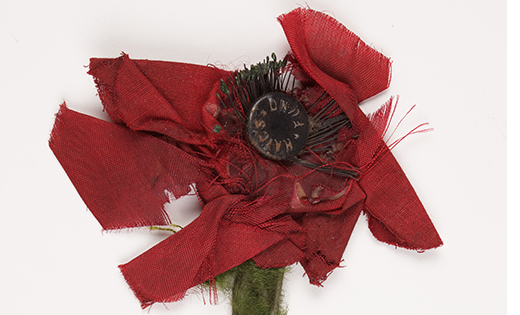 Goodbye to all that? Legacies of the First World War tells the stories of children, women and men who experienced the conflict and asks was it really ‘goodbye’ to all that had gone before?

Opening on Friday 31 August and running until January 2019, the exhibition displays items from the University’s Special Collections, including items from the world-renowned Liddle Collection of material from the two World Wars.

Co-curated by PhD researchers Eilis Boyle and Alexander Shaw with Professor Alison Fell, the exhibition tells the stories of the people of Yorkshire and beyond as they got used to life after the ‘War to End All Wars'.

Professor Fell, a cultural historian who leads the University’s Legacies of War centenary project, said: “Many of the consequences of the First World War – the political fallout that redrew the world map, the waves of refugees, changed understandings of women’s rights, developments in healthcare – continue to shape our world today.

“This exhibition tells new stories about some of the myriad ways the war irrevocably changed people’s lives, and we hope the poignant objects and images we have chosen will give visitors food for thought.”

Features of the exhibition include: 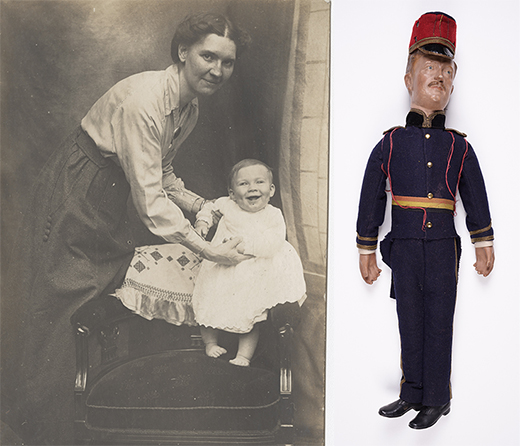 Brought together by grief

Ernest Blackburn, from Leeds, was reported missing in 1916. His wife, Sarah, was not told of her husband’s death until eight months later. The exhibition displays letters from Lily Daws to Sarah. The women had never met, but their husbands fought together – they looked to each other for advice and comfort.

The belongings of Reginald Evans are also on display. Reg was a patient of Dr Harold Gillies, author of seminal medical text book Plastic Surgery of the Face. Dr Gillies’ experience of treating soldiers with facial wounds in the First World War led to many life-changing medical discoveries. Reg wrote to his mother often during his hospitalisation – his serious facial injuries, requiring pioneering surgery, did not stop him from talking about “kissing girls just getting over bronchitis”!

What about the women?

The deaths of more than 700,000 men prompted a post-war myth of “surplus women”. This meant women were regularly given advice about how to find husbands, such as in 1938’s Live Alone and Entertain, a copy of which forms part of the exhibition. Marjorie Hillis and Bertina Foltz’s book suggested “getting the man with the meal”.

A child’s doll of King Albert of Belgium is also on show. Some 250,000 Belgian refugees came to the UK after their country was invaded by Germany – this doll came with one of them. King Albert, who fought alongside his troops, was a popular figure.

Entry to the exhibition is free and it opens on Friday 31 August at the Treasures of the Brotherton Gallery and runs until Thursday 31 January 2019.

Visit the Galleries' website for more details and opening times.