The Prime Minister has appointed one of the University’s honorary visiting professors to the post of trustee of a significant public body.

Professor David Stocker, who has been appointed to the board of the National Heritage Memorial Fund 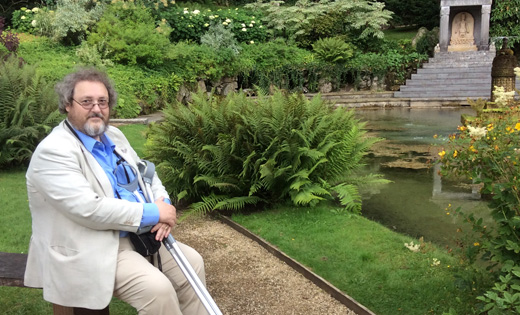 Professor David Stocker has joined the board of the National Heritage Memorial Fund, which is responsible for managing the distribution of grants from the Heritage Lottery Fund (HLF).

In addition to his role with the University, Professor Stocker has worked as an archaeologist and architectural historian in the heritage sector since 1978. He has held posts with many heritage charities in Yorkshire and the East Midlands and with other national bodies, including English Heritage (1986-2012) and the Heritage Lottery Fund, where he sat on the East Midlands Committee (2013-2018).

His interests lie principally with medieval buildings, churches, settlement and landscape, about which he has written many articles and books.

He is currently a trustee of the Society for Lincolnshire History and Archaeology, trustee and President of the Lincoln Record Society, and also Council for British Archaeology (CBA) nominee to the Council of the National Trust.

Of his latest appointment, Professor Stocker said: “I’m delighted to be given this opportunity to participate in directing the activity of the HLF/NHMF, and I’m looking forward to the next six years hugely.

“HLF/NHMF are not just about helping to conserve historic buildings and places, but we do so in collaboration with people, of every conceivable background, ability, education and understanding. During my term of appointment, I’ll be aiming to ensure that projects we support across the nation bring significant benefits to all members of the communities in which they are set.”