A Leeds City Region team has successfully bid for a place on a prestigious leadership programme run by Massachusetts Institute of Technology (MIT), one of the world’s top universities. 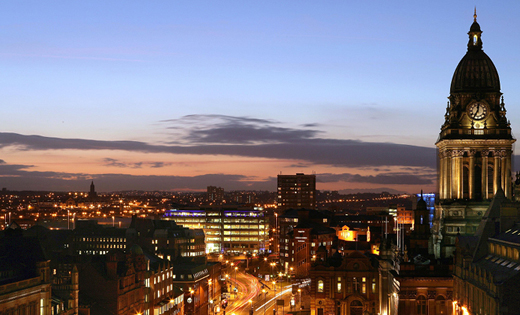 MIT selects up to nine regional teams each year from around the world, involving leaders from government, business and industry, academia, finance and representatives from the entrepreneurial community.

Since the programme started in 2012, nations and cities that have been helped by the programme to shape their economic and societal fortunes include Beijing, Scotland, London, Tokyo and Qatar.

Professor Lisa Roberts, Deputy Vice-Chancellor: Research and Innovation at the University, led the Leeds bid and is the team 'champion' for the programme. She said: “This is a significant opportunity for us to come together as a collective force to further develop our ambitious innovation and growth plans.

“MIT has clearly identified the region as having key strengths to support the UK economy, in particular the Government’s plans for boosting growth and productivity.

“We have clear challenges that need to be addressed if we are to help drive economic growth. This includes supporting existing transformational projects, like the University’s new innovation centre, Nexus, which could act as a catalyst for developing the Innovation District in Leeds, as well as supporting skills, increasing connectivity, growing business spend on research and development, and boosting productivity and exports.

“Above all, this is also about driving positive social change for the region, and ensuring that innovation and enterprise initiatives support all residents and that everyone benefits and shares in the city’s economic success.”

Northern Powerhouse Minister, Jake Berry, said: “I am proud that Leeds City Region is the first area outside of London to be selected for the prestigious Regional Entrepreneurship Acceleration Programme from the Massachusetts Institute of Technology.

“Leeds is following in the footsteps of some of the world’s most iconic cities, including Beijing, London and Tokyo, which have all participated in this esteemed leadership programme. As a hub for cutting-edge digital technology and financial services, Leeds is set to become a ‘Canary North’ of the Northern Powerhouse, driving forward innovation and supercharging growth within the region.”

With three million people, the Leeds City Region is the UK’s largest outside London and generates more than five per cent of the UK’s economic outputs. While it has achieved strong economic progress in recent years, which mirrors national trends, like other northern economies, it has experienced growth at a slower rate.

Its potential includes more than 125,000 businesses, with strengths in medtech, health innovation, creative and digital sectors, and Leeds also represents the largest financial services sector in the UK outside London.

Five critical challenges have been identified:

1) Low productivity levels that are significantly below the national average.

2) Employment is below the national average.

3) The proportion of people with higher level skills is also below the national average.

4) Industry investment in R&D is significantly below the national average.

“Nexus, the new innovation centre at the University, will be instrumental in helping organisations to achieve innovation-driven entrepreneurship (IDE), and REAP will enable us to further stimulate IDE across the Leeds City Region. This couldn’t be more timely as REAP commences just as the Nexus initiative gains momentum and we are delighted to be part of something that will deliver such tangible benefits across the region.”

As part of the Northern Powerhouse agenda, the region is also well placed to benefit from improved collaboration and connectivity with other cities in the North, creating business networks and labour markets of genuine critical mass across an area of 7.2 million jobs and a £329.5 billion annual economy.

Professor Roberts added: “If the North of England was a separate country, it would be the world’s 21st largest economy. Our ambitious plans to address productivity and focus on regional strengths are more important than ever before in supporting the North and UK growth. Being part of this prestigious programme marks a significant commitment to tackling some opportunities and challenges together.”