One of the University’s leading academics has won a prestigious international award.

Professor Adam Nelson, who has been honoured for his work in molecular biology 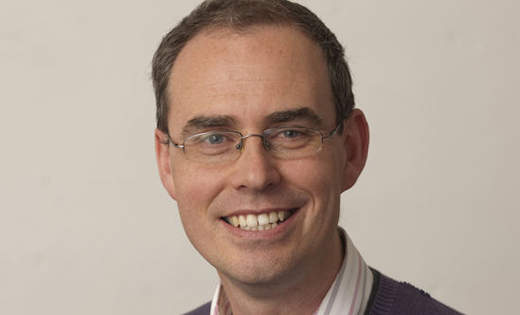 Professor Adam Nelson, Deputy Director of the Astbury Centre for Structural Molecular Biology at Leeds, will be presented with the European Federation for Medicinal Chemistry’s 2018 UCB-Ehrlich Award for Excellence in Medicinal Chemistry.

Professor Nelson, who is also theme lead for Next-Generation Chemistry for Medicine & Biology at the Rosalind Franklin Institute, has been recognised for his implementation of a vision for new chemical synthesis methods to align with drug discovery needs. His team and collaborators have recently developed approaches that enable the more efficient discovery of new bioactive molecules. The award demonstrates Professor Nelson’s leadership in his field, and his ability to bring together diverse teams to solve complex scientific and technical challenges.

Professor Steve Marsden is Head of the School of Chemistry at the University and a key collaborator.

He said: “This is fantastic recognition for Adam’s many contributions, both in terms of his own science and his leadership within the community, including his prominent role in delivering the EUR 196M European Lead Factory programme – a major EU industrial/academic project for drug discovery, which Adam led one of the Work Packages on.

“Adam will doubtless point to the contributions of his co-workers and collaborators, but these are testament to his skills as a leader and a mentor to his teams.”

The Rosalind Franklin Institute is a new national organisation, announced in 2017 by the UK government, dedicated to bringing about transformative changes in life science through interdisciplinary research and technology development.

The theme led by Professor Nelson at the Institute will focus on unlocking chemistry’s full potential across the entire drug discovery process, including by increasing the range of potential drug molecules and the speed of the discovery process.

Professor Andrew Livingston, Interim Academic Lead at the Institute, said: “Adam is a clear leader in his field, and this award is a huge accolade and richly deserved.

“The Next-Generation Chemistry theme at the Institute is working with industrial and academic partners from around the UK, and under Adam’s leadership will deliver internationally-significant and unique technologies in the coming years.”

Adam will receive the prize during a ceremony in September 2018 at the XXV EFMC International Symposium on Medicinal Chemistry in Ljubljana, Slovenia.