Art inspired by the Cold War is the subject matter of a Radio 4 programme being presented by a University lecturer. 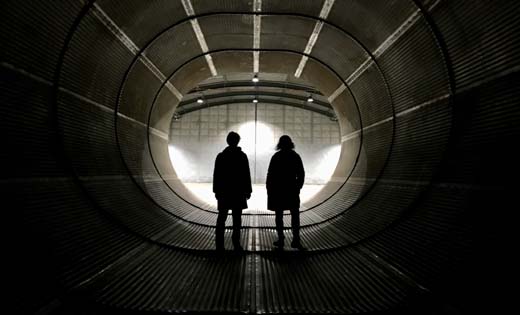 Louise K Wilson (left) and Kathrine Sandys in the exhaust tunnel of the Hush House at Bentwaters. Picture by Freya Hellier

Louise K Wilson interviews fellow artists Stephen Felmingham, who under took a PHD (Drawing, Place and the Contemporary Sublime, 2009-2014) at Leeds, Katherine Sandys and Deirdre Stewart for the feature, which airs at 11.30am on Thursday 12 April 2018.

Louise, a part-time lecturer in Art and Design in the School of Design at Leeds, goes underground at one of the Royal Observer Corps (ROC) posts in Norfolk and also visits Teufelsberg in Berlin, an abandoned ‘listening station’ used during the Cold War.

The one-off 30-minute programme also features Huby Fairhead, who was an ROC volunteer for many years, and Chris McLarren, a former Teufelsberg employee. 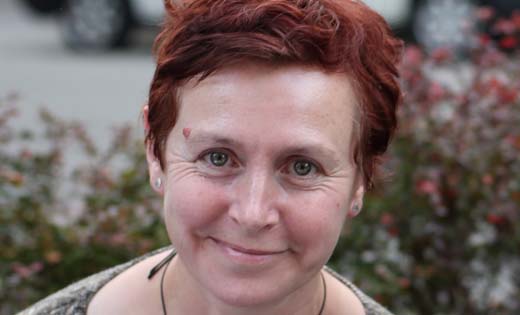 Louise said: “For many years, I have been making work about Cold War sites, both in this country and in Australia.

“This has taken me into some extraordinary ruined buildings – sites that have been both compelling and disturbing. There is an affective power to these enigmatic architectures that are familiar in material but otherwise utterly alien in form.

“I have found gaining admittance to abandoned defence sites can often be as difficult as if they were still active. Access to detailed information about the work undertaken is impossible since papers, photographs, films and other data may never be in the public realm. Most former employees remain silent, so the places are generally left to ‘speak’ for themselves.

“I have become increasingly intrigued as to why other artists embark on journeys to explore these sites. There are perhaps multiplicities of personal, political and psychoanalytical reasons as to why. This programme was a personal journey to talk to some artists, explore the sites that have fascinated them and consider the very different responses that have been made.”

Logon to the BBC Radio iPlayer from tomorrow if you are unable to listen to the programme when it airs.