An urgent update from the USS trustee has been distributed to members. 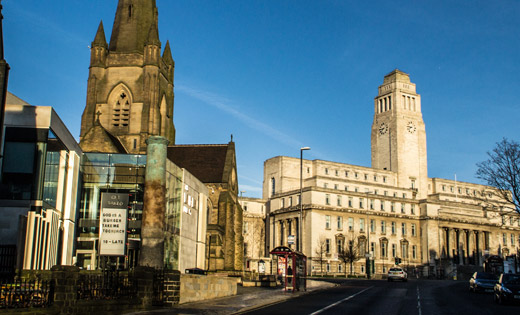 As this update will also be of relevance to any colleagues considering membership in the future, or who have an interest in the ongoing developments, we outline the text below:

The trustee has a primary duty to act in the best interests of the scheme’s beneficiaries. These responsibilities relate to all beneficiaries of USS – including both current members and potential members, as well as pensioners, former members and other beneficiaries.

The trustee understands that certain information in relation to the USS valuation has recently been shared that is both factually incorrect and highly misleading. This update looks to address this information and present members and potential members of the scheme with the facts.

Factual inaccuracies relating to the 2017 valuation

It has come to the attention of the trustee that factually inaccurate and misleading information has been circulated to members of the scheme this week in relation to the 2017 USS valuation.

Here, we address three specific points that have been raised with us:

• The trustee does not assume all sponsoring employers go insolvent in reaching its funding conclusions. The truth is quite the opposite. The cost of insuring the risk in the scheme (the ‘buy-out’ deficit) would be much higher than the funding deficit (£64bn v £6.1bn respectively). This ‘buy-out’ deficit of £64bn is the additional funding we would need to seek if we assumed the employers would go insolvent. In funding the scheme to a level where the deficit is £6.1bn, we rely on the employers’ collective financial strength and continued existence and ability to support member benefits over multiple decades.

• The trustee does not assume the ‘lowest possible returns on all investments’. This is entirely false. Our expected investment return assumption is 1.9% above the Consumer Price Index measure of inflation (CPI). The expected return on a portfolio of index linked gilts, for example, as at 31 March 2017 (the valuation date) was 0.7% below CPI. All independent advisors used by the trustee in coming to the key conclusions supporting the 2017 valuation – our independent actuary, covenant adviser, and independent reviewer (as well as Universities UK and the Pensions Regulator) – have expressed the view that the scheme’s funding assumptions are towards the most optimistic end of the appropriate range.

• We have also seen figures stating that our funding assumptions are based on members living to 147 years of age. This, too, is entirely false. For the avoidance of doubt, our assumptions around life expectancies are circa 90 to 93 years of age.

We are deeply concerned that members are being misinformed and we are taking action to address these points as a matter of urgency and to support your understanding of what is an inherently complex process.

The provisional agreement reached at ACAS on revised benefit proposals was not agreed by UCU’s Higher Education Committee (HEC) and, consequently, a meeting of the scheme's Joint Negotiating Committee scheduled for 14 March did not go ahead. As a result, the decision of the JNC in January still stands, but the planned employer consultation on these proposals remains on hold until we receive further notice.

The consultation will therefore not commence in the week beginning 19 March 2018: a further update will be provided by 23 March 2018.

Where do I go if I've got any questions or concerns?

If you have any concerns or questions about the information that is being provided to you around the valuation, or about your pension with USS, and would like an alternative source for information and guidance, you can also contact The Pensions Advisory Service (TPAS). TPAS provides independent and impartial information and guidance about pensions, free of charge, to members of the public. Their staff are pension specialists with a high level of technical knowledge, who are experienced in delivering information and guidance to people on their pensions.

TPAS offer their information and guidance service through a variety of channels, including a telephone helpline, web chat, written enquiries, online enquiries and their website.

* The USS website also contains other information about the current pensions debate. Topics include ‘Six things you should know about the 2017 valuation’ and ‘Addressing the facts of the USS 2017 valuation’.