The Institute for Medieval Studies has recently celebrated the launch of its 50th anniversary exhibition. Read more about its achievements and its plans for this milestone year. 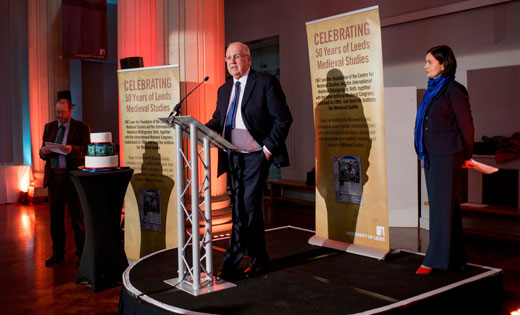 Believed to be the oldest interdisciplinary centre in the University, the Institute for Medieval Studies has been home to an internationally leading community of medievalists since 1967.

John Le Patourel, Professor of Medieval History, led a group of pioneers to form a centre of graduate studies; since then, the IMS has flourished, with over 70 staff, students and associates from around the world.

The leading bibliography on the Middle Ages, the International Medieval Bibliography was founded at Leeds in 1967 – with over 500,000 articles, periodicals and other content now available in digital and print formats.

The International Medieval Congress – now a key date in academic calendars across the world – began in 1994, and celebrates its 25th anniversary this year. Every year, over 2300 medievalists join us here in Leeds to discuss, debate and disseminate the latest research. 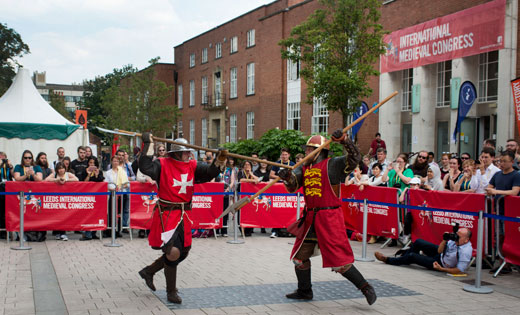 Over the next year, the Institute will be organising a series of events to commemorate this milestone:

As part of the celebration, the Institute is looking for memories and stories from our community to feature online and in future IMS publications. If you have a memory you would like to share please contact the IMS Anniversary Intern at: imsanniversary@leeds.ac.uk.