Dr Tim Peakman has been appointed as the Chief Operating Officer at the University. 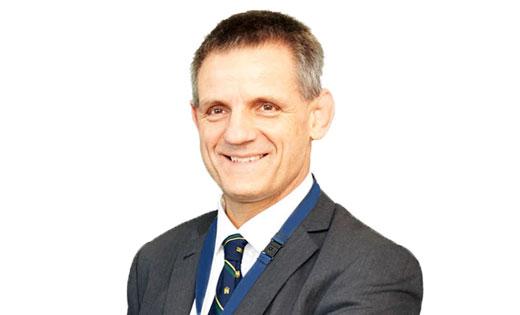 He will be responsible for overseeing the effective operation of the University, ensuring that all of its activities are properly aligned and managed to support its students and delivery of its overall academic mission.

Dr Peakman will be a member of the University Executive Group and, in common with other members, will report directly to the Vice-Chancellor.

A researcher by background, Dr Peakman has held a number of senior roles at the interface of research and operations in both industrial and academic organisations, in which he has successfully designed, implemented and run innovative technology and systems programmes at scale.

He was a key figure in building UK Biobank, a major public good initiative which aims to improve the prevention, diagnosis and treatment of a wide range of serious and life-threatening illnesses by providing health information on 500,000 anonymised volunteers to approved researchers in the UK and overseas.

Sir Alan Langlands, Vice-Chancellor, said: “Tim’s appointment is pivotal to the development of the University at a time when the education and research opportunities are so great, but the political, policy and economic uncertainty is so profound.

“He has an exemplary track record of delivering effective systems change; experience of working very successfully with senior academic colleagues in Russell Group and international universities; a comprehensive understanding of and feeling for higher education; and proven strategic and operational leadership and management skills.

“He is absolutely the right person for this role at this time and he will be a great asset to Leeds.”

Dr Peakman said: “This is a fascinating time to be joining a renowned university like Leeds.

“Universities must continue to promote the symbiotic relationship between education, research and the wider student experience, whilst innovating in the way they are organised, use technology and work in networks.

“My experience of working in partnership with universities over the past 14 years has highlighted the importance of the economic, social and cultural contributions they make, and the quality and commitment of the staff who work in them.

“I look forward to working closely with my new colleagues in Leeds to ensure the continued development of the University.”

In his role at UK Biobank, Dr Peakman has responsibility for overall running of the organisation, a joint venture company of major research funders, with charitable status.

As the CEO of UK Biocentre, he has been responsible for developing a new national resource which provides research services and is fast becoming a centre of excellence in 'omics' technologies.

He has published widely and holds honorary academic appointments at the Universities of Oxford and Manchester and an advisory role at the University of Bristol. He was also a visiting fellow at the Murdoch Children's Hospital in Melbourne.

Dr Peakman is a graduate of the University of Nottingham, completed his doctoral studies on bacterial anaerobic gene regulation at the University of Birmingham in 1988 and his MBA at Henley Management College in 1997.

His contributions to UK Biobank and the wider research community were recognised in the Queen’s birthday honours in 2014, when he was awarded an OBE for services to medical research.

Prior to his work at UK Biobank he worked for 10 years as a research scientist in the pharmaceutical industry and four as a management consultant. His career path to date means that Dr Peakman will bring a wide and varied knowledge and experience to the role.

He will take up his appointment in Leeds at the beginning of December 2017.

Sir Michael Rawlins GBE, the Chair of UK Biobank said: “UK Biobank is the most successful prospective epidemiology programme in the world and is serving as the blueprint for many similar national studies in different countries.

“This has demanded a great team effort from the Board, our funders, the ethics and governance council, members of the public who have participated so willingly, the scientific community and of course our own staff, so ably led by Rory Collins, Tim Peakman and their colleagues.

“We are sorry to lose Tim after 14 years of unfailing commitment to this landmark programme and we wish him equal success in his new post at the University of Leeds. ”