Professor of Nanomanufacturing Innovation, Terry Wilkins has become a Fellow at the Royal Academy of Engineering. 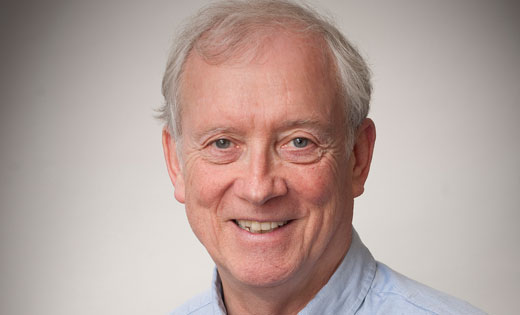 Professor Wilkins, from the School of Chemical and Process Engineering is an innovator of novel, game-changing technologies that have had a significant impact on the healthcare and advanced materials industries.

Since being appointed as Europe's first professor of nanotechnology manufacturing in 2005, his work has led to the development of novel translational nanotechnology research at the University.

Professor Wilkins' innovative high speed measurement systems have created enormous financial and social benefits and have influenced industry widely. Applications of these systems have included the diagnosis of metabolic diseases, and cancer, and eliminating the need for radio-active licenses for clinical laboratories worldwide.

He has also achieved success in advanced materials and environmental engineering throughout his career, evidenced respectively by his contribution to the creation of the world's first and most successful DNA fingerprinting business, Cellmark and ICI’s HFCs healing the hole in the ozone layer.

Success as a serial innovator has led to service pro bono as a high-level expert advisor to the UK government, including the Minister of Science & Universities, David Willets; the European Commission, and EU parliament, covering the nanotechnology, advanced materials, biotechnology and production technologies (NMBP) and also the Marie Skladowska Curie mobility programs respectively.

As a member of many UK and EU policy committees, from 2002 up to date, his experience has guided industrial research and innovation investment policy. As a result, Europe now outcompetes the US in the large fast growing nanotechnology market and has created a worldwide nanosafety research community led by Europe.

Upon the news of Fellowship, Professor Wilkins commented, “It is with some pride I join the ranks of the Faculty’s 18 RAE Fellows whose work I greatly admire.”

The official announcement of the Fellowship was announced yesterday (5 September) at the Royal Academy of Engineering annual general meeting.

RT @ResDevLeeds: Nominations close for our Research Culture and Engaged for Impact awards on June 1st, don't miss this opportunity to get r…

RT @UniLeedsODPL: Check out our new webpage for academic personal tutoring support - it provides a hub of key information and resources, in…