Les Arkless - a technician with one eye always to the sky

The peregrine falcons on the Parkinson Tower have their own Twitter account. Engineering technician Les Arkless tell us why. 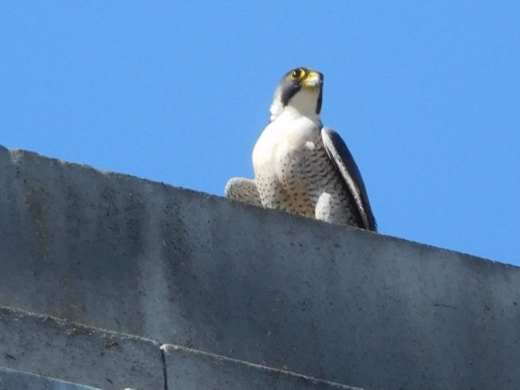 It all started in childhood when, one Christmas, a favourite aunt gave Les Arkless the book “Birds in Colour”. Captivated by Karl Aage Tinggaard ‘s illustrations, Les’s interest in birding was ignited and now, many years later, he monitors a pair of Peregrine falcons that nest on the Parkinson tower and runs their Twitter feed. That is of course, when he is not working as a technician within the School of Civil Engineering.

Les’s day job is obviously not bird-related - his expertise is in the testing of the physical properties of cement and concrete. He works in the Materials Laboratory preparing, testing, and analysing samples, sharing his expert knowledge with students. Born in York, he arrived in Leeds via a Chemistry degree in Huddersfield and a Masters in Materials Science in Aberdeen. From there, he moved back down the country spending time in research and processing roles in the semiconductor industry. Eventually, he returned to Yorkshire for a materials testing position in the laboratories at Drax power stations, and from there came to Leeds in 2008.

Outside of his day job, the Yorkshire Wildlife Trust (YWT) became an important part of his life. Working with them reignited his interest in birding through watching, recording, and ringing. He now helps manage a private nature reserve attached to Allerthorpe Common near York. 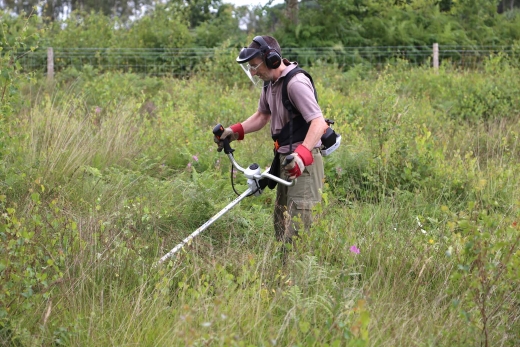 As we chatted, sitting outside the Baines wing café, Les told me about the history of the tower-dwelling birds and how they arrived in 2015 - “The Parkinson tower is a wonderfully high vantage point, a perfect hunting place,” Les explained. He found out about the birds when reading an article in The Reporter. “I spent lunchtimes and mornings trying to find these peregrines that I couldn’t find!” Les remembers. 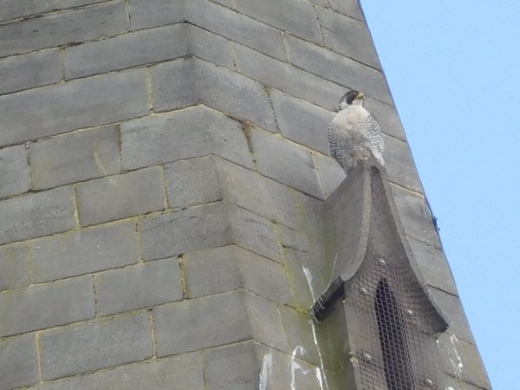 Eventually, he was successful. “I heard a peregrine call from the top of Parkinson Tower” he recounts, “and then I saw it shoot off to Millennium Square.” An innocent to ornithology, I suggested it might be hunting for pigeons. Les gently corrected me, suggesting it was hunting pied wagtails coming into roost. After spending some time just watching the peregrines, Les thought, “Well, every other pair of peregrines have a Twitter account, so these ones should as well!”

Peregrine falcons are a protected species so must be carefully managed. Luckily, through his work with the YWT and a colleague with a Schedule One permit, Les could show he was a ‘competent person’ with the necessary knowledge to monitor a breeding pair. This experience allowed Les to approach the University and to get access to the tower and the peregrines. However, the peregrines do not always make it easy; a camera placed to watch the birds on the nest became useless when the birds settled on the other side of the tower! 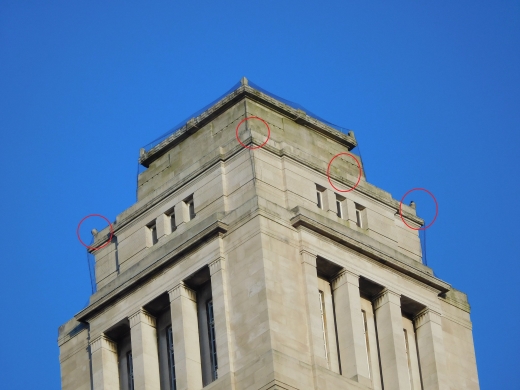 Where to spot the peregrines. (Image from @uolperegrine)

Sadly, the peregrines do not appear to have bred this year and last year’s egg did not hatch. Despite this, Les holds out hope for the future and the possibility of a peregrine chick. Whatever happens, as we talked sitting in the sunshine, it became clear that Les is a technician who always keeps one eye on the sky.

If you are interested in seeing the birds, Les can be found in the mornings at around 8.15am and lunchtime (around 1pm) on the triangle of grass in front of the Parkinson building with a telescope trained on the Parkinson Tower roof. He welcomes anyone who wants to have a look at the birds through his telescope and is more than willing to talk birds with anyone who is interested.