For school children from West Yorkshire there was a whole world of science just waiting to be discovered...

For school children from West Yorkshire there was a whole world of science just waiting to be discovered...

From Killer Shrimp to Making Nylon there was plenty to inspire and excite the 536 children who visited Discovery Zone this March. The event took place over 2 days as part of the Leeds Festival of Science with 24 interactive stalls. There was plenty of input from technicians, which ranged from designing the exhibits, providing resources to running some of the stands on the day. Student hosts guided groups of children around the room from stall to stall. The extent of topics was huge. Activities included children jumping up and down to measure heart rate, throwing balls to see how human spines move, picking up brains and sending messages via neurones, extracting DNA, tasting honey... 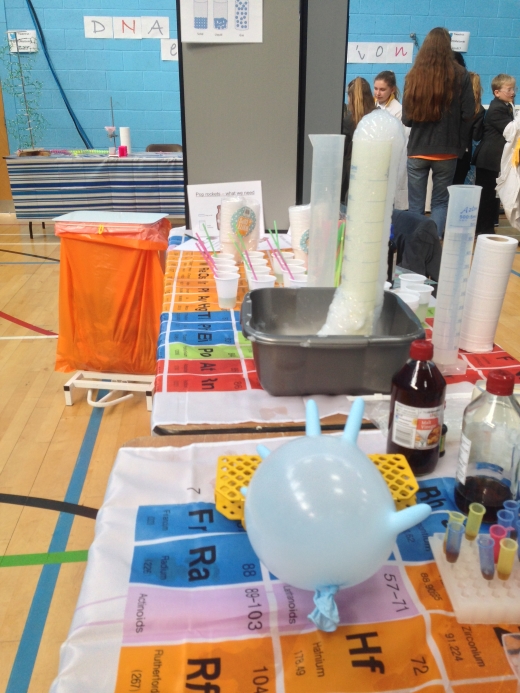 Here is a flavour of what Leeds technicians were involved in:

The Pop Rocket stall was set up by Brenda to demonstrate the states of matter, solid, liquid and gas. Brenda said: “We took the children outside with pop rockets, which were snap lid tubes containing vinegar and alka-seltzer tablets to give a dramatic demonstration of how much more space is needed for molecules of gas. Back on the stall we used dry ice and volcanoes of soapy bubbles to demonstrate sublimation and again explained the relationship between the molecules in different states. The children then blew into beakers of universal indicator to see the colour change connected with the pH change produced by the carbon dioxide in their breath. We had a Bubble Master on the stall who created washing up bowl sized bubbles using dry ice and soapy liquid laced with glycerol.” 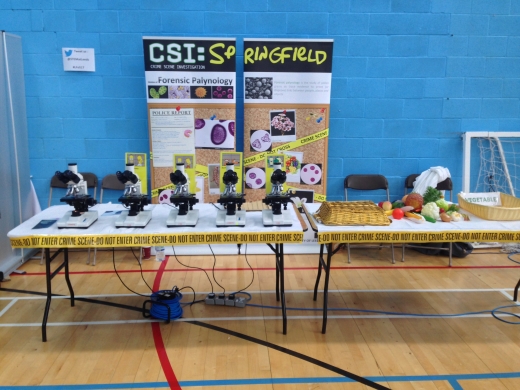 The CSI: Springfield stall set up by Mary and Tayah invited visitors to solve the crime of “Who stole the doughnut?” They said “We do this by using forensic palynology which compared slides of microscopic pollen grains gathered from the suspects' hair and clothes. The aim was to link one of them to the crime scene by finding a match. One of our stall’s other aims was to challenge the students’ idea of what fruit really is, where it comes from and why plants go to the effort of producing them. Lots of students were shocked to find out that scientifically speaking, both courgettes and peanut shells are fruits!”

Amongst the other technician supported stands, the others I spotted from the Faculty of Biological Sciences were:

Every year more stands are added with people constantly looking for new ideas and innovations to improve the displays. Anything with food tends to go down well, pectin jellies on the plant cell wall stand and root vegetable crisps on the importance of roots were popular this year. 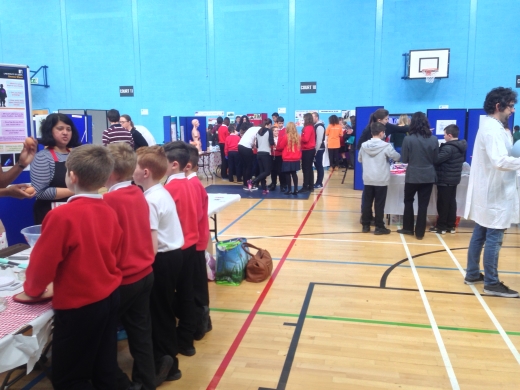 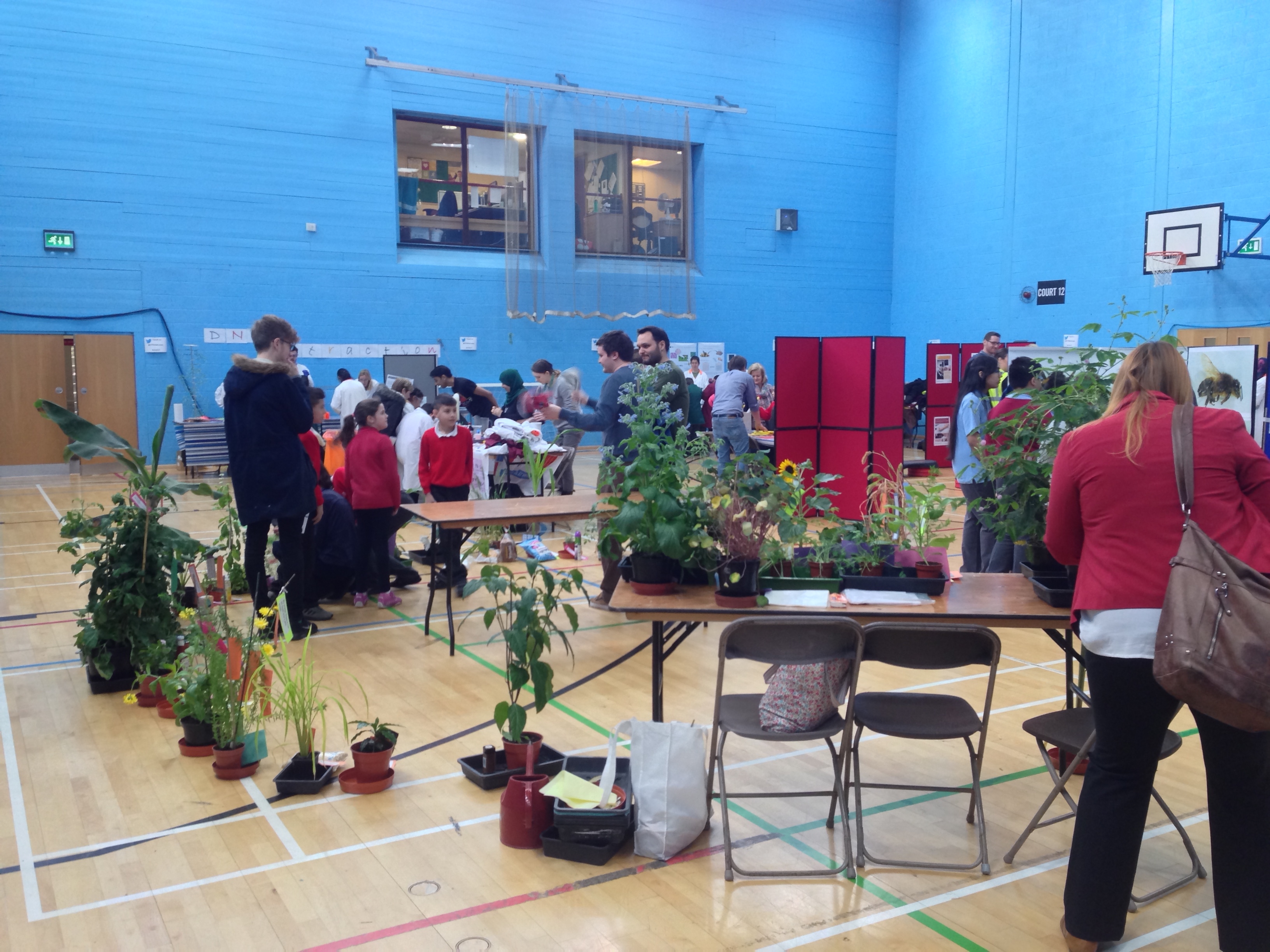 Thanks everyone I pestered along the way, and sorry if I've missed anyone out!

If you would like to get involved with Discovery Zone, Leeds Festival of Science or outreach projects in general more information can be found from the STEM Educational Engagement team http://www.stem.leeds.ac.uk/volunteers/

RT @CDSLeeds: WANT TO DO A PHD WITH US? **WITH FUNDING** Fantastic doctoral studentship scheme specifically for UK students from #Black, #…

National publication for conservationist poet Matt Howard has had his poem ‘The Pond’ featured in news magazine Th… t.co/xhTCutgjYl