The University is to host a cricket game with a difference – a celebration to mark the 60th anniversary of the Test Match Special radio programme. 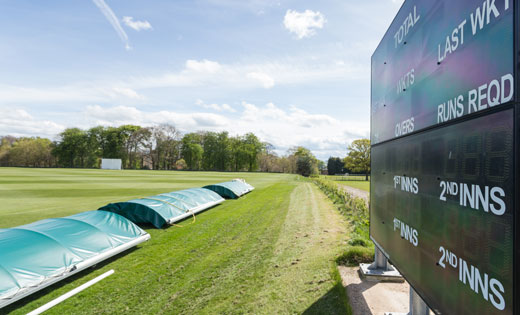 The twenty20 match will be played at Sports Park Weetwood on Thursday, 24 August, and staff can enter a ballot to attend.

Cricket commentator Jonathan Agnew and batsman Geoffrey Boycott are to coach the players for the match.

The teams will be captained by ex-England players Michael Vaughan and Phil Tufnell. Among the players taking part are cricketers Graeme Swann, Simon Hughes and Charlotte Edwards. They will be joined by Baroness Tanni Grey-Thompson, Harry Judd from McFly and Jamaican sprinter Yohan Blake.

Admission to the ground will be by ticket only. The tickets are free but will be allocated by a random draw organised by the BBC. You have until 11pm on Tuesday, 1 August to register and you can apply for a maximum of four tickets. Admission to the ground is from 3pm onwards so please check with your line manager that you can take time off work in advance. To enter the draw go on the website.

The match is being organised by the BBC using Sports Park Weetwood – home to the Leeds cricketing centre of excellence which is supported by the MCC.

Known as the Leeds-Bradford MCC, it offers talented undergraduates a chance to get a degree and to benefit from elite cricket coaching, to nurture students to go on and play 1st class county cricket and ultimately for England.

Alumni of the cricketing centre of excellence include:

The Test Match Special celebration match will be broadcast on BBC TV on the red button and radio commentary will be on BBC Radio 5 live Sports Extra.

Please note: the BBC will issue more tickets than capacity at the ground – on the assumption some people will not turn up. Admission will be on a strict first-come and first-served basis – so arrive on time to avoid being turned away.

Cars will not be allowed into Sports Park Weetwood – so please use public transport.