A great offer from Opera North

As part of our DARE partnership with Opera North, staff are being offered a fantastic discount on tickets for ON’s autumn series of short operas, the ‘Little Greats’.

Wallis Giunta as Dinah and Quirijn de Lang as Sam in Trouble in Tahiti by Leonard Bernstein.  Credit Richard Moran 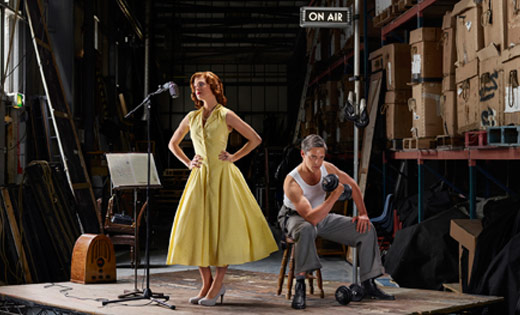 The Little Greats brings together six mini masterpieces, each packing the power of a complete opera into an approachable form.

The Little Greats season journeys through much-loved opera and rarer stage works, including the raw, hot-blooded passion of Leoncavallo’s Pagliacci and Mascagni’s Cavalleria rusticana. It takes in the popular charm and unmatched comic style of Gilbert and Sullivan’s operetta Trial by Jury, delves into the inventive musical modernism of the early 20th century in Ravel’s L’enfant et les sortilèges and Janáček’s Osud (Destiny), and ends in the 1950s with Leonard Bernstein’s Trouble in Tahiti, a dazzlingly witty fusion of operatic conventions with the newer idioms of American jazz, Hollywood and musical theatre, presented in Bernstein’s centenary year.

The Little Greats season opened from 16 September at Leeds Grand Theatre, where the six operas are presented in a radical ‘mix-and-match’ rotation, creating an ever-changing series of new and unusual pairings.

Tickets for each short opera are sold separately, giving audiences the flexibility to choose their own path through the season. Anyone new to opera in Leeds can take advantage of a £10 ticket offer, which will make the best available seats cheaper for newcomers at every single performance, generously funded by the Opera North Future Fund.

University staff who have been to the opera in Leeds before can take advantage of an exclusive £10 ticket offer from DARE.  Read more about the offer (staff only - you'll need to give your log in details to read more).

The performance schedule is: