Eye on Asia just celebrated its 25th annual photographic exhibition, organised by students from East Asian Studies in the School of Languages, Cultures and Societies. 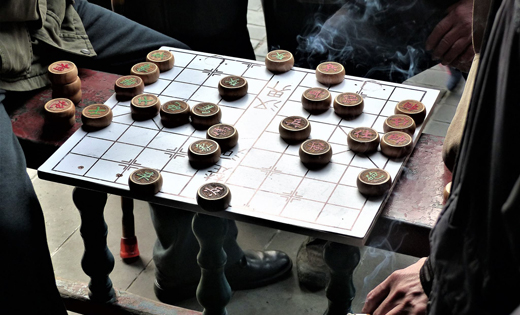 This year’s theme for the Eye on Asia’s photo competition was ‘Capturing the Culture’. With over 250 submissions, the top 40 photographs were selected to be displayed in the two week long exhibition in the Parkinson Court. These photos truly showcased the beauty of the people from Asian countries ranging from Nepal to Japan.

On the 23rd of March 2017, the annual charity event had its closing ceremony where the top 40 photograph entries were judged and decided down to the top three. This year’s event raised more than £400 for Rose Charities, donating especially to their eye unit in Cambodia and orphanage in Vietnam.

The winning entry was Mark McPhillips’ ‘Cigarettes and Chess’, who won a £100 travel voucher donated by STA Travel. Second place went to Lily Rimmer for an image called ‘The Local Entrepreneur', which was taken in China, and third place to Saana and Saarah Khan for their photo taken in Afghanistan ‘Pashtun Man'.

All photos from the exhibition can be viewed on the Facebook page.