In a conversational lull at a recent dinner party a neighbour asked me, "So, what do you do for a job?" 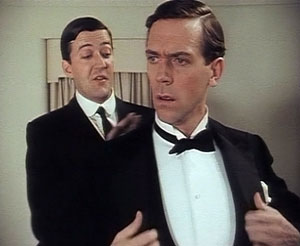 In a conversational lull at a recent dinner party a neighbour asked me, “So, what do you do for a job?” I replied that I was a technician and got the usual response - confusion. So many times I have found that people really don’t seem to understand what a technician is or what we do. This might be because there is no one “technician” job; technicians perform such a variety of roles that we are difficult to pin down. However, even when I try to explain what I do, I really struggle. Explaining that I support university-level research normally gives the idea that I am either an academic, some kind of assistant, or a general skivvy. This difficulty sent me searching for a better description.

Maybe the word “technician” can help. It appears to have entered English from French at the beginning of the 19th century and indicated skill but was not used as a job title. Barley and Orr suggests that the term was not wholly flattering as it implied a lack of artistic flair [1]. However, more modern post-war definitions are generally more appreciative, with a technician described in 1947 as “one skilled in the handling of instruments or in the performance of tasks requiring specialised training” in Funk and Wagnall’s encyclopedia [1].

Thinking this through, I realised that no-one at a dinner party needs me reading from a dictionary. It was then I remembered a friend of mine, who often explains her role as a secondary school teacher by casting herself as a kind of reverse Artful Dodger. Instead of stealing things, she tries to slip information into pupils' minds without them noticing. I wondered if there were any famous fictional characters that I could co-opt.

The first one that came to mind was Jeeves and his ‘gentleman’s gentleman’, Wooster. I was tickled by the idea of myself as a Jeeves-style enabler, helping an academic version of Wooster navigate the complex scientific world. In many ways, Jeeves is the ultimate technician: knowledgeable, organised, and always mindful of practicalities. That said, I’m not sure any of the academics I work with would appreciate being compared to a rich and idle 1920s fop...with or without the fearsome Aunt Agatha. 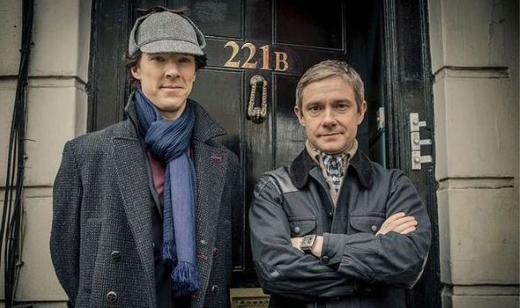 Jeeves and Wooster: Is Jeeves the ultimate technician?

Another less than complimentary analogy is the technician as a bowler-hatted Laurel and the academic as hapless Hardy, but no-one comes out this comparison well. I will avoid mentioning Blackadder and his dogsbody Baldrick as my personal hygiene far outstrips that of the latter. Going further back in literary history, we might call on Phileas Fogg and Passepartout or Don Quixote and Sancho Panza, but these just don’t seem to quite fit either.

No-my literary likeness lurks in the canon of Conan Doyle. I've always felt empathy with Dr. Watson, Sherlock Holmes’ friend and biographer. Their relationship is a complex one; in some stories Watson is treated as a valued companion, trusted to carry a revolver and make small investigations. He is also treated as a professional by Holmes in his work as a doctor when a client or other character is ill. The rest of the time, however, Holmes seems to assume that Watson is basically incompetent. Worse than that, Holmes often holds information back from Watson, not trusting him with important details. Take for example his faked death in the TV series; readers will be more familiar with his feigned exotic disease in "The Adventure of the Dying Detective”. In these cases Holmes trusts myriad minor characters with the deception but leaves Watson in the dark.

I think this is how many technicians feel on a bad day. We're treated as knowledgeable in our own realm (however small that might be) but rarely turned to when anything more important crops up. Fortunately, bad days are few and far between, making this portrayal unnecessarily negative and certainly too maudlin for use at a dinner party. It's not my overall experience in any case.

In fact, casting the technician as the forgotten (wo)man might be where I'm going wrong - it seems as old-fashioned as Watson’s moustache. In 1984 sociologist Stephen Barley wrote of the changes that radiology technicians are undergoing in their roles [2]. He explains how radiographers of the past were well respected by radiologists for their diagnostic skills but did not have the status necessary to present doctors with their diagnoses. More recently, Amanda Woodford [3] showed how changes in NHS policy mean that radiographers' skills are being acknowledged; they now have much greater responsibility for diagnoses and are treated as professionals. This is surely the ideal for all technicians.

Holmes and Watson: maybe not the ideal model for the technician–academic relationship.
Maybe that is the answer - instead of trying to explain the role of technicians using fictional characters, let’s start referring to real life technicians. Let’s start educating people about technicians that should be famous, or at least well known. So, from now on, when I get asked the dreaded “job” question, I will reply that I am a technician like Joseph Clement, Denis Papin or Beaker (OK, maybe not Beaker). That way, at the dinner table, we will all be able to say “I’m a technician, like Vivien Thomas!” and we will be met with comprehension.

Then we can move on to talking about something that isn’t work!
By Andy Connelly