Kelly Vere: A voice for technicians

For the last 2 years, Kelly Vere has been talking about technicians to every important person she can find, representing us at the Science Council. 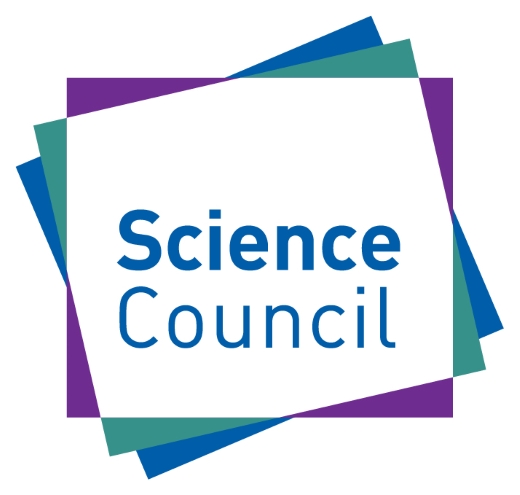 Kelly started working for the Science council in 2015. She ensures that technicians are remembered by universities, national committees, and the government. Why has she been doing this? Because she is a technician too.

When we met, she told me how she became a technician straight out of A-levels. “I kind of fell into the role,” she explained. “I didn’t know what a technician was, I didn’t know that universities had technicians. I knew I wanted to go to university but no one in my family had been. So I just looked for any job to help fund a degree.” She found an advertisement for a junior medical technician at the University of Nottingham and to her amazement she got the job.

It was a lot for an 18-year-old, working full-time for a consultant immunologist in Nottingham and doing a part-time degree in Biomedical Science at Sheffield Hallam University. Luckily, she quickly found that she really enjoyed being a technician and, when her degree finished, her career progressed rapidly within the cell biophysics research group in Nottingham. Kelly specialised in confocal microscopy and, when the research group became a research institute she became a senior technician and laboratory manager.

Throughout this time, Kelly found it strange how the technicians she met seemed to be “integral but invisible”. In an effort to change this she started a technicians’ network, but that wasn’t enough. It was the opportunity to do a part time MA in Higher Education that gave her the understanding she needed. She completed her thesis, entitled “University technicians: undervalued, misused & misunderstood?” in 2012, marking the start of a huge change in Kelly’s life.

She said, "I finished the MA and I thought I needed to do something with this. So with my supervisor at the time we wrote an article [about technician identity] and sent it to the Times Higher Education and they published it. I couldn’t believe it! Previously to that the Times Higher Education hardly ever talked about technicians." It seemed innocent at the time but inadvertently, Kelly had sent out a rallying cry in that article. "It is not enough to get Cinderella to the ball," she wrote. "Proper recognition, support and a sense of identity are required for this increasingly vital part of the UK higher education workforce."

Strong words, with an unexpected impact. The first sign that someone had heard them was when HEaTED asked her to speak at their national conference for technicians. “I’d never done anything like it before,” Kelly remembers. “It was like an out of body experience. I was so nervous but at the end people were clapping. But I’d just got up and said lots of things that to me were really obvious.” After that success, things went a little crazy. She was then invited to talk to six more organisations, she was asked to help launch a Technician of the Year award, she was awarded a Vice Chancellor’s medal, and she took on a technician skills and development role at the University of Nottingham. She was particularly pleased to be invited to join the #NotJustForBoys campaign as she passionate about encouraging girls (including her daughter) into science.

I was struggling to keep up with this incredible list when Kelly added, “Oh, and I started a part time doctorate on the roles of university technicians around then.” She just brushes off her series of achievements. “I’ve always just tried to make something happen,” she explained. “When you talk about something, I feel that you have to do something. I am a big believer in positivity.”

The only thing that seems to have phased her was a 170 mile Coast-to-Coast bike ride with the University of Nottingham's Life Cycle Team in 2016 for breast cancer - “It was so hard!” She had been planning to provide moral support for the ride, as it is a cause close to her heart, but she ended up joining a ride as well. “I had hardly been on a bike since I was a child - my ability level is literally just off stabilisers! I sobbed at times but it was a great experience and a truly worthy cause.” She laughed, “I called my husband to look at a lump in my leg and he said, “It’s your calf muscle.” I’d never seen it before!”

Her hard work culminated in a 2015 invitation from the Science Council to take a secondment to promote technicians nationally. This role gives Kelly the unique opportunity to push the word ‘technician’ into as many important documents and on to the table of as many important meetings as she can. She travels the country to champion technicians and help technical networks develop and grow. The role has brought her across to Leeds today to kick start a new phase in the Leeds Technicians’ Network.

The University of Leeds will soon be given an “Employer Champion” award by the Science Council and Kelly is here to help us prepare. Passionate about professional development, she explains her motivation. “For me the key thing about professional registration was that it gives technicians professional pride and identity. It gave me the confidence to call myself a scientist. It gave me a chance to meet likeminded people, access special interest groups, and feel like a member of the scientific community.”

Whether she’s in London, Nottingham, or even on a bike in the middle of nowhere, I get the sense that Kelly will not stop campaigning for greater recognition of technicians, wherever she finds herself.

Kelly is currently organising the second ever Higher Education Technicians Summit at the University of Warwick. The conference is the largest event held specifically for UK and Ireland HE technical staff to date. It is on the 31 May 2017 and includes the Papin prize award.