Choosing the 23rd of the month to launch its bid for 2023, the city has officially joined the race. 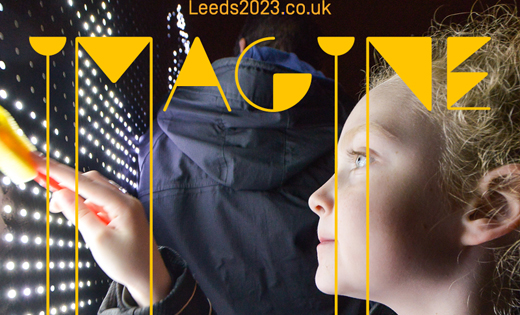 If Leeds is successful in its bid to become the European Capital of Culture 2023, the city will host a year of cultural events to showcase and celebrate art and culture.


The University, with its rich cultural heritage, plays an important part in the cultural life of the city and is backing the bid as the principal academic partner.

Professor Frank Finlay, Executive Dean of the Faculty of Arts, Humanities and Cultures, said: "This is an opportunity to promote the city on an international stage as a very vibrant, diverse and dynamic place to come and study, work and live."

The European Capitals of Culture is an initiative designed to highlight the richness and diversity of cultures in Europe and raise the international profile of cities.

The lead-time for the coveted title is long, with cities submitting proposals for consideration six years in advance of the title-year.  Together with Hungary, it has been agreed that a UK location will next host a European Capital of Culture in 2023, with deadlines for applications expected to be in the late autumn of 2017.  The successful city will be announced in 2018.

Glasgow was European City of Culture in 1990 and Liverpool secured the title in 2008. Liverpool saw a £753.8 million boost to the economy and a 34% rise in visitors to the city.

RT @GreatFoodLeeds: We’ve ditched the extra charge for vegan milk alternatives this January! 🙌 Get your favourite or try something new in…