A composer working with sounds below the limits of human hearing has been announced as the winner of the inaugural £15,000 DARE Art Prize by Opera North and the University. 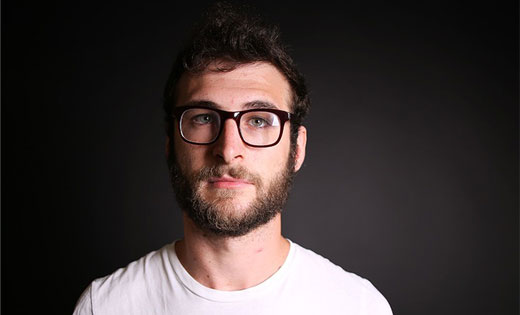 Samuel Hertz will spend the next year in collaboration with researchers at the University and Opera North staff in the creation of ground-breaking new work.

Hertz aims to work with a scientist from the University on an electro-acoustic chamber piece, using transducers to produce low frequency sounds that can be felt rather than heard, and investigating the effects this might have on wellbeing and mood.

Aimed at challenging artists and scientists to work together on new approaches to the creative process, the launch of the annual Art Prize is part of a programme in celebration of the 10th anniversary of the DARE partnership between Opera North and the University.

Applications were received from artists in all media from around the world, and the five-strong shortlist included proposals for a whale choir, an investigation of cosmic bubbles, and a piece using slime mould as a model for creative activity.

Samuel Hertz, winner of the first DARE Art Prize, said: "I am honoured and excited by this opportunity to work with the University and Opera North in an investigation of the sonic and bodily relations between humans and the environment.

"I expect this year will be enlightening and productive both for my practice, and the practices of my collaborators in our joint expedition into the drama of the unheard realm of infrasound. I'm very thankful for this opportunity to work with the people and resources from both institutions, and cannot wait to begin."

Professor Frank Finlay, Executive Dean of the Faculty of Arts, Humanities and Cultures, said: "The DARE Prize is the latest in a long line of innovative initiatives which have emanated from the pioneering partnership with Opera North. It is a wonderful way to mark the second decade of our exciting collaboration."

The collaborative process will begin this spring, with the outcome of the year-long collaboration between artist and scientist due to be revealed in March 2018.

Read more about this story.