Opera North and the University’s Cultural Institute have announced the shortlist for their inaugural DARE Art Prize, with five proposals including a whale choir and an exploration of cosmic bubbles. 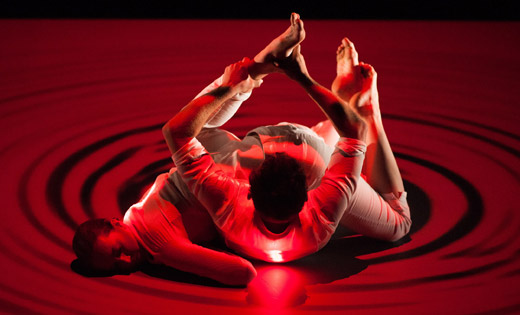 The launch of the annual £15,000 prize is part of a programme celebrating the tenth anniversary of the DARE partnership between Opera North and the University.  DARE is now a world leader in building collaborations between the arts and higher education.  A key aim of the new Cultural Institute is to increase pioneering research collaborations across all disciplines.

The DARE Prize aims to challenge artists and scientists to work together on new approaches to the creative process.  Applications for the Prize were received from across the globe, and the shortlisted artists are all keen to engage with researchers at the University to create new work, in media ranging from music to sculpture, from holograms to interactive installations.

Marina Rees is based in Iceland, where she has been researching and mapping the skeletons of whales using sound. Her proposal focuses on the modes of communication between marine mammals, with darkened installations receiving live transmissions from marine environments and the Chorus of Opera North transformed into a whale choir.

Melanie King, currently studying towards a PhD at the Royal College of Art, is interested in the visual language used by astronomers. The work of Professor Tom Hartquist from the School of Physics and Astronomy has been central to her investigations, and she has related his research on ‘cosmic bubbles’ to soap bubbles in 17th century painting. She proposes an installation of experimental optical and perceptual illusions based on the University’s own galactic surveys.

Samuel Hertz is a composer and performer working out of Berlin and San Francisco. He aims to collaborate with researchers from the School of Earth and Environment and the Interdisciplinary Centre for Scientific Research in Music on a performance involving low frequency infrasound, which is below the limits of human hearing, but which can be felt, and may have an effect on mood and emotions.

Robin Dowell and Joanna Lampard have backgrounds in sculpture and illustration respectively, and have developed a collaborative project on the poetic idea of culturing and classifying emotions with a scientific rigour. They are keen to work with psychologists, bacteriologists and physicists on new work on this theme, in the form of sculptures, images or books.

Writer and artist Gary Zhexi Zhang is already engaged in a project involving cultivating slime mould and observing its “swarm intelligence” and “social” behaviours. He proposes an interactive film installation — and possibly a performance with Opera North — which uses the slime’s behaviour as a model for the creative process.

Dominic Gray, Projects Director at Opera North, comments: “We’ve been thrilled by the response to the DARE Prize from across the visual arts, music and literature. The proposals have ranged from the beautifully simple to the devilishly complex, each showing the appetite that contemporary artists have to work with cutting edge science and research. All five of the shortlisted finalists presented compelling and eye-opening visions, and we look forward to naming the first DARE Prize winner next month.”

Professor John Ladbury, Executive Dean of the Faculty of Biological Sciences, comments: “The thinking and experiences of artists and scientists are often thought to be mutually exclusive, however the collaborative proposals submitted for the DARE prize not only show that this is not the case, but reveal the beauty and excitement of a symbiotic creative relationship between the two fields. I was surprised and delighted by the ingenuity and imagination that was shown by all of the applicants. Shortlisting was an educational and thoroughly enjoyable experience.”

The section panel will include Dominic Gray, Professor John Ladbury and Nicola Stephenson, Exhibitions and Projects Producer at Harewood House and a former Public Art Project Officer at the University. One artist will be chosen from the five shortlisted, and matched with a researcher who shares their vision and can support them in the creation of a new work.

The winner will be announced at the launch of the DARE tenth anniversary celebrations in the Howard Assembly Room, Leeds on Monday 13 February 2017. The fruits of the year-long collaboration between artist and scientist will be revealed in March 2018.

For more information on the DARE Prize and the partnership, visit dareyou.org.uk

To find out more about the University's Cultural Institute and how you could be involved with it, come along to the Institute's reception in the Parkinson Building on 2 February.