Pupils, parents and poets of all ages reflected on the long history of human migration in this year’s final of the Leeds Peace Poetry Competition 2016, held in the University’s Great Hall. 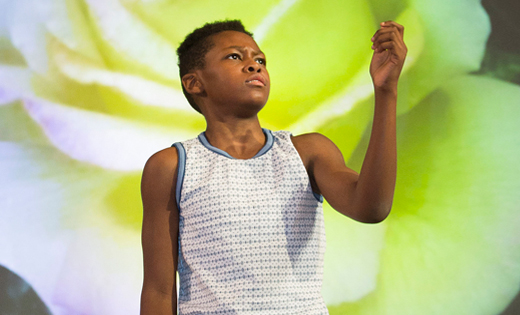 Members of the School of English work in partnership with local organisations - including Leeds City Council Children's Services, Leeds Library and Arts at Trinity - to stage the biennial competition.  It attracts entries from schools, young people, adults and community groups.

The theme of the latest competition was 'Refugees'.  Dr Rachel Bower from the School of English offered workshops in schools and at the University during the summer to help budding poets to find inspiration.  Entrants were encouraged to think beyond stereotypes and consider the valuable contribution that refugees and asylum seekers make to the countries in which they have settled.

The poems, judged by Malika Booker, Douglas Caster Cultural Fellow at Leeds, revealed great empathy with the plight of refugees around the world.

Writers who attended the awards ceremony in the Great Hall included pupils from fourteen schools.  They heard from Sleman Shwaish, Refugee Service Coordinator for the British Red Cross, who spoke about his own difficult journey to the UK as an asylum-seeker from Aleppo, and from Rehana Minhas, Chair of Leeds Peace Poetry and once a refugee from Uganda, who urged them all to take up the challenge of responding with humanity and imagination to the current situation.

The evening was introduced by John Whale, professor in the School of English.