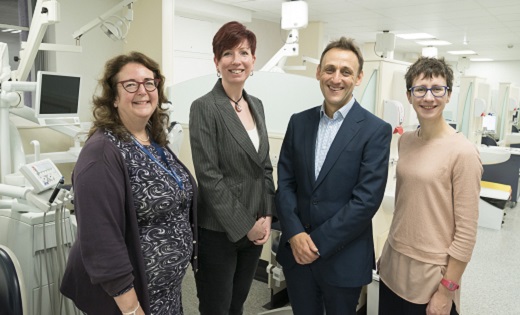 Staff and students from the Schools of Dentistry and of Performance and Cultural Industries worked alongside the nationally-acclaimed Theatre of Debate and patient advisors.  The play, Don't Smile, was a love story with a dental theme, performed to schoolchildren.

The play and follow-up debates aimed to increase awareness of the genetic condition Amelogenesis imperfecta and to highlight the pioneering new treatments being developed in the School of Dentistry.  It was also used to get across some more day-to-day public oral health messages.

Audience feedback and surveys have enabled the dental students involved to shape the research design for a clinical trial grant application.

Read more about the project and all those involved in the programme for the play or watch this video.

Emily Cuming from the School of English was a collaborator in the Sheffield-led project  Around the Toilet, which won the Arts, Humanities and Social Sciences category.

The project involved members of the public and planning professionals in a series of workshops exploring what makes a safe, accessible toilet space.  The workshops considered issues of disabled access, gender neutrality, changing facilities, and availability and condition of toilets.

Using the stories gathered at the workshops, and working with architects and with Sheffield City Council's Access Liaison Group, the researchers went on to develop 'Servicing Utopia', a digital tool to support planners, architects and designers.

Georgina Binnie's Writing Back project was shortlisted as a finalist.  This project involves School of English students and older residents recruited through the Leeds City Council Neighbourhood Networks.

The scheme aims to target loneliness amongst the elderly by matching them with students as pen pals.  At the start of the project, students are given copies of historic photographs of Yorkshire by the Library's Special Collections.  The students use these as conversation starters when beginning their correspondence with older people. 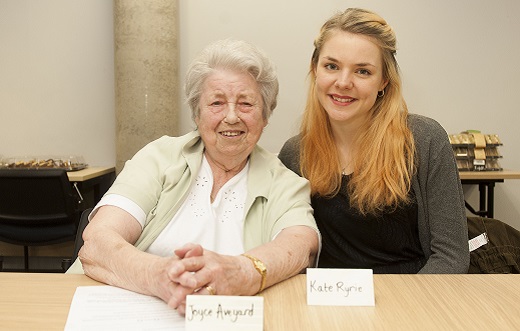