Leeds research could see the development of a revolutionary new treatment for brain cancer. 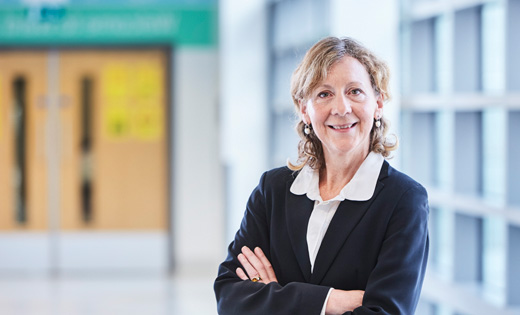 Around 9,000 people are diagnosed with brain cancer in the UK every year. And while treatments for many cancers have improved in recent years, the prognosis for brain cancer patients has barely changed.

“It is a very scary disease,” says Professor Susan Short, who is leading the research

The statistics are shocking. Brain cancer kills more people under the age of 40 than any other type of cancer and kills more children each year than leukaemia. And the number of people who die from the illness is rising steadily, up 27% since 2002 compared to only a 5% rise for cancer generally.

Unlike some cancers, it resists all attempts to tackle it with conventional treatments. Even after surgery, radiotherapy and chemotherapy, tumours never really disappear.

But now Professor Short’s research group, based at Leeds Cancer Centre at St James’s Hospital, is investigating a revolutionary viral therapy for brain cancer. They are running a two-year clinical trial

If successful, the virus will work in two ways.

Initial findings from the research have been very promising, and have shown that a virus injected into a patient is able to make its way to brain cancer cells without doing harm to patients’ healthy tissue.

Funding from Cancer Research UK has now enabled Professor Short and her team to test the use of the virus on 30 patients who have a very poor prognosis. And if the trials are successful they provide fresh hope at last of an effective treatment for those affected by this terrible disease.

"For decades it was felt nothing could be done for brain cancer patients,” says Professor Short. “Now a concentration of expertise at Leeds and our promising early results are finally holding out the hope of success.”

More details can be found on the Making a World of Difference website.